Every rapper on our list is paving her own way in hip hop. Did any of your faves make the cut?

We’re in a woman-led rap renaissance right now. Gone are the days of there only being a few in the industry and even fewer topping the charts. Today, we have a plethora of women working to build their names and make an impact on the industry, and women in hip hop are not only evolving but thriving too. Many have already bypassed the title of “up-and-coming” and are some of today’s most prominent players. Megan Thee Stallion, Latto, Yung Miami, JT, and Tierra Whack, to name a few.

Just a few years ago, hip hop broke records as it became America’s most popular genre of music. The rise of streaming services has made it easier for up-and-coming artists to gain exposure, which has helped create a more diverse and vibrant rap scene — a feat that deserves to be celebrated. With that being said, the artists mentioned on this list are hip hop rising stars we only see getting bigger in 2023. 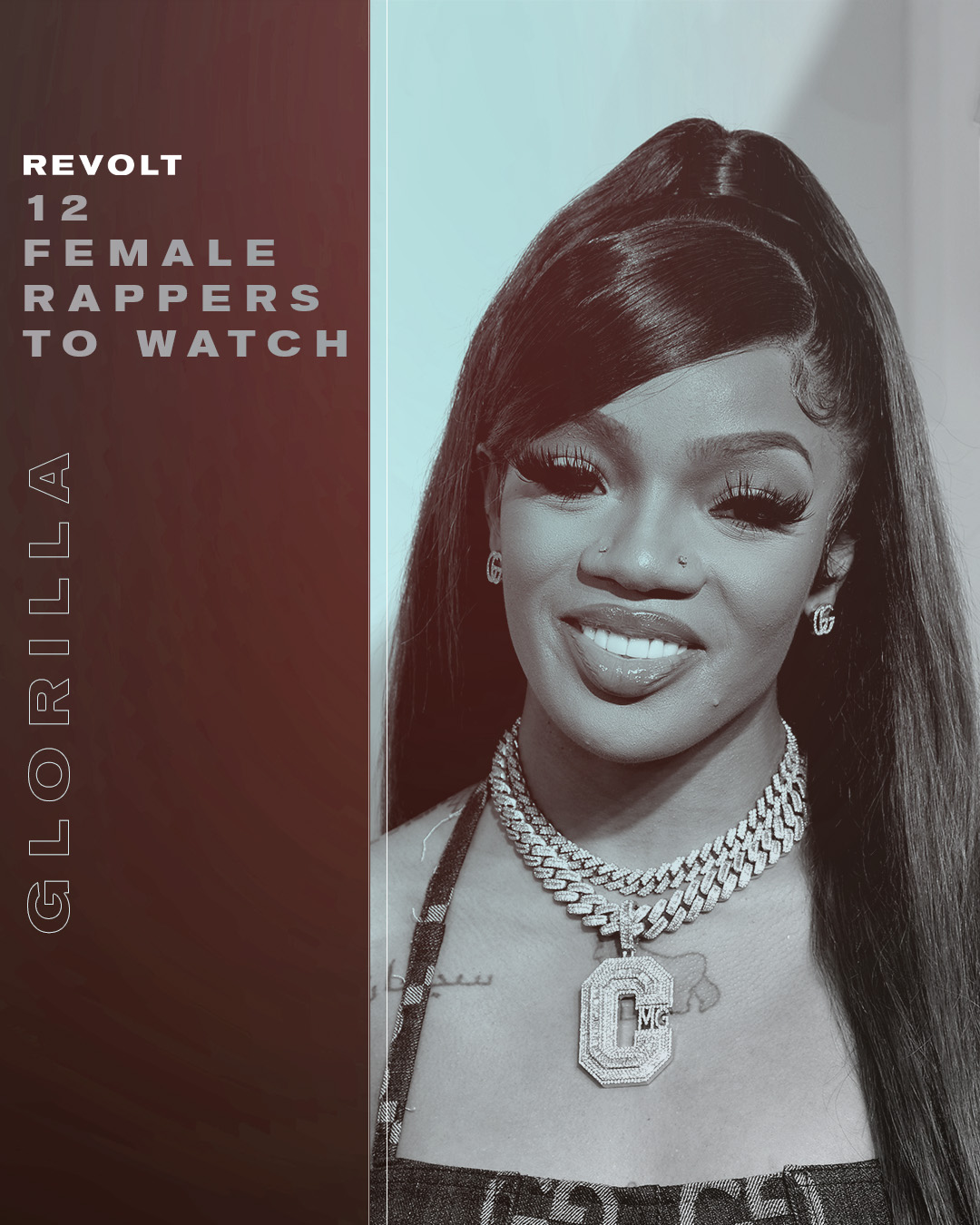 There’s only one rapper on this list who earned a GRAMMY nomination, No. 1 single, and a top 10 record in 2022 — and that’s none other than GloRilla. The Memphis native signed with Yo Gotti back in July, and it’s only been up for her ever since. First, with the release and consequential success of “F.N.F. (Let’s Go),” then with “Tomorrow,” and again with “Tomorrow 2” featuring Cardi B. Speaking of her collaborations, JT and Latto hopped on the remix of “F.N.F. (Let’s Go)” and gave the girls an anthem for the summer. GloRilla just released her debut EP, Anyways, Life’s Great, and hit the top 10 on Billboard with its first week sales. She also hopped on “FTCU” with Latto and Gangsta Boo, and the song has already caught TikTok and social media’s attention. 2022 was an incredible year for GloRilla, and it’s clear that her ceiling is astonishingly high for a new artist. It’s only up from here for her. 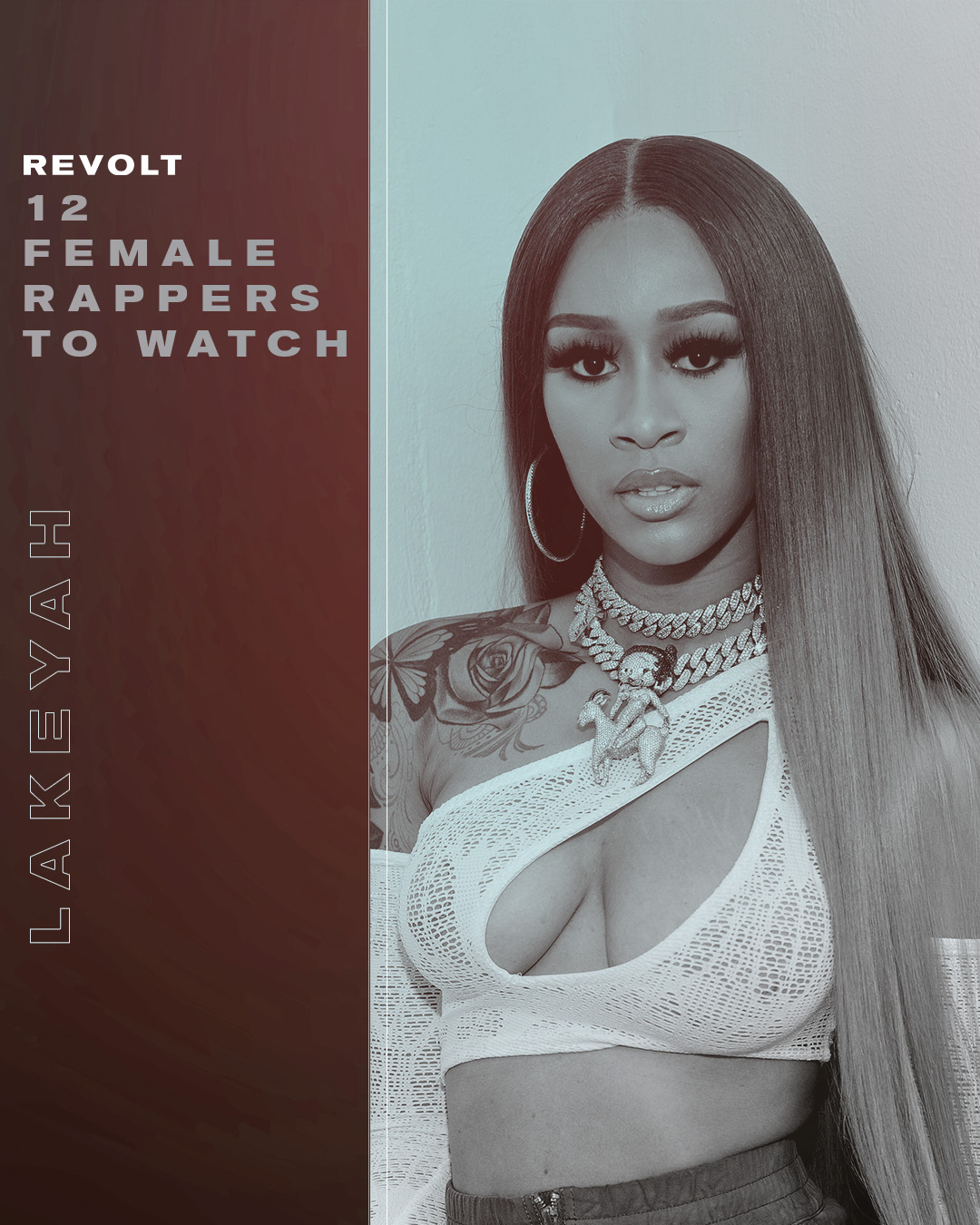 Even though Lakeyah is only 21 years old, she’s already built quite the name for herself. She began rapping at the age of 15 after being convinced by her friends to participate in the Monica #SoGoneChallenge. From that point forward, she was a part of a rap duo by the name of BTM (Beyond The Music), and the pair garnered over a million views on YouTube. For her 18th birthday, she took a visit to T.I.’s Trap Music Museum in ATL, and it wasn’t much longer before she was signed to Quality Control, one of rap’s premier labels. Since her signing, Lakeyah has released four official projects, including a Gangsta Grillz mixtape with DJ Drama. She’s collaborated with everyone from Gucci Mane to Nardo Wick and was a part of XXL’s 2021 Freshman Class. Outside of music, the rising lyricist has also been making big career moves too. For instance, in Spring 2021, she was named an ambassador for Rihanna’s Savage X Fenty lingerie line. We’re hoping to hear more from Lakeyah in 2023 as QC’s newest star! 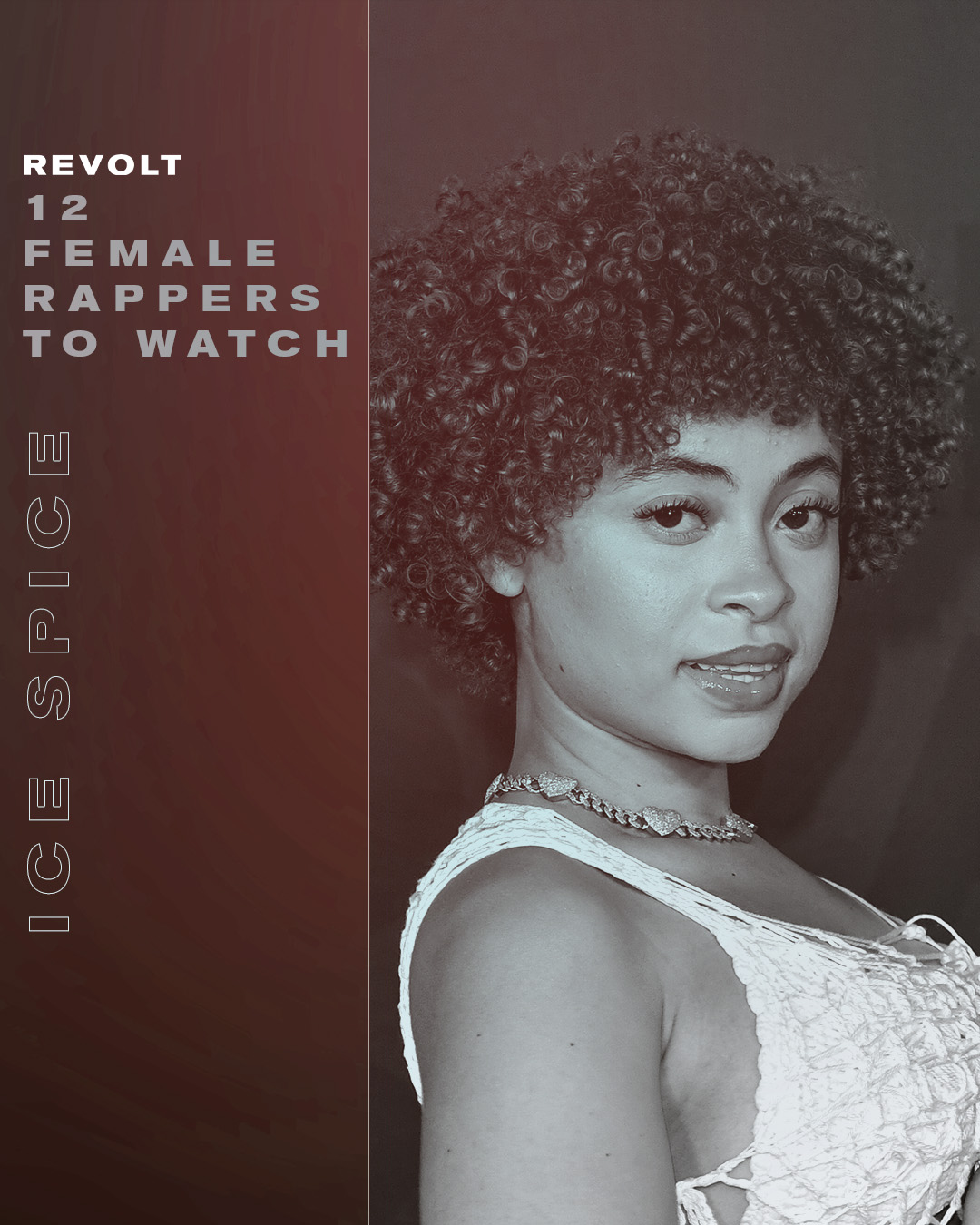 While Ice Spice only began rapping in 2021, she’s already built a name for herself in the industry with the release of her singles “Bikini Bottom” and “Munch (Feelin’ U).” Reigning from The Bronx, New York, Ice Spice is embracing the youthful drill sound while adding her own unique style to the subgenre. Although she spent the majority of her childhood in the Bronx, she attended a Catholic high school in Yonkers. Her rap career began when she was attending SUNY Purchase and met producer Cook Babes, and while she eventually dropped out of school, she continued rapping and making music. As of December 2022, she only had seven singles out, and five of them were released that same year. In 2023, we’re hoping to hear more from Ice Spice and hopefully get an album from her. Flo Milli is quickly making waves in the music industry due to her energetic records that captivate social media after each release. Her hit single “Conceited” has been streamed over 25 million times on Spotify alone. Flo Milli first gained recognition in 2019 with her song “In The Party,” which spawned its own TikTok dance challenge. The success of the record propelled her to create her own label, Flo Milli Entertainment, and release her debut mixtape, Ho, Why Is You Here? The mixtape featured singles such as “Beef FloMix,” “Not Friendly,” and “Weak,” which all gained significant traction on streaming platforms. Flo’s success has been steadily growing since 2019, and she is now one of the most sought-after artists in hip hop. In 2021, she signed a record deal with RCA Records and released her latest album, You Still Here, Ho?, in July. She has also been featured on tracks with other artists such as Monaleo, Latto, and JID. It’s clear that Flo Milli is here to stay. 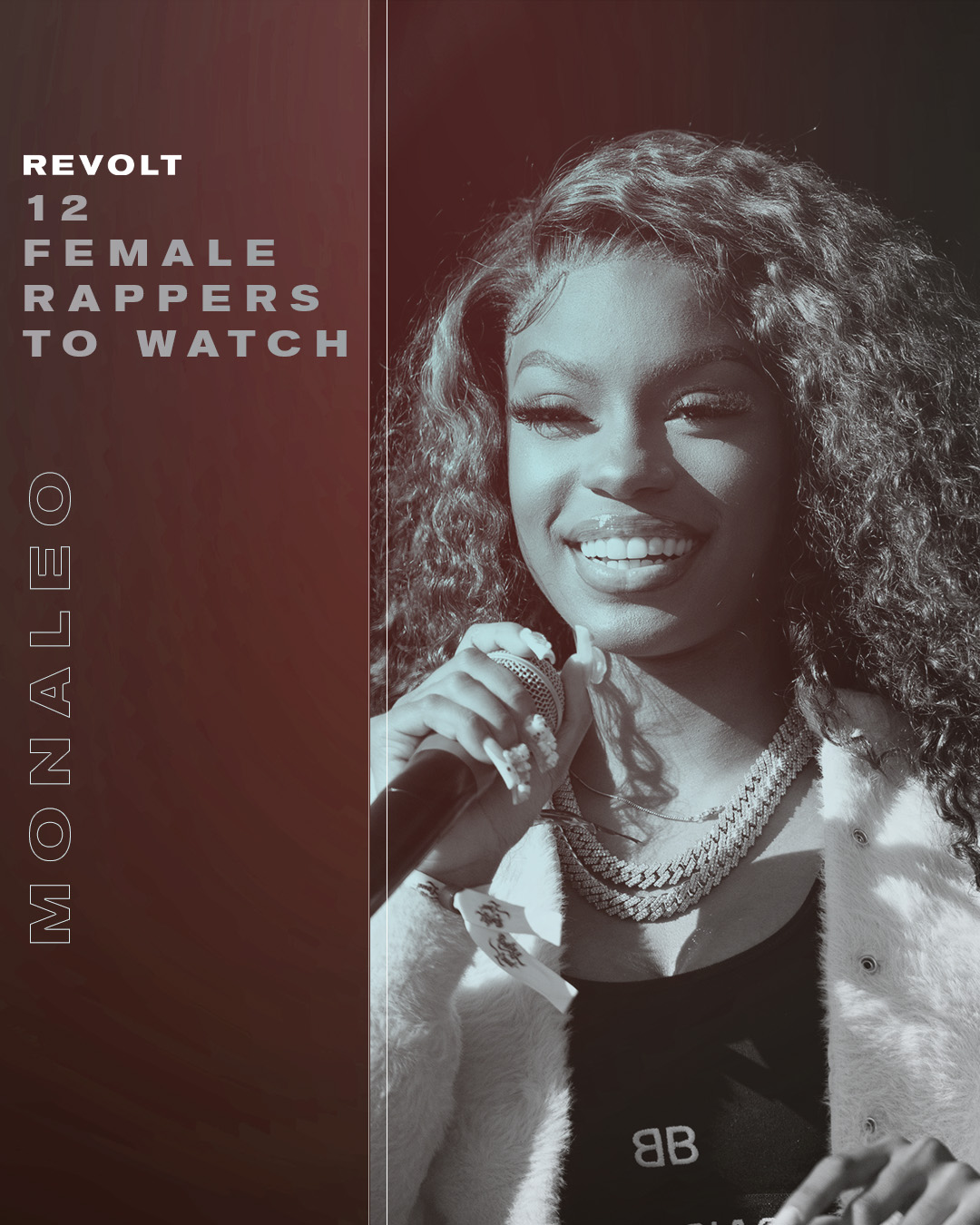 Houston is home to some of hip hop’s greatest legends, and the city’s newest era of lyricists are on their way to icon status too. Between Megan Thee Stallion and Lizzo’s newfound success, it’s clear that there’s still a strong demand for female rappers with that incomparable Southern flair. In comes Monaleo, and if you haven’t heard her singles “Beating Down Yo Block” or “We Not Humping,” you’re missing out, as both records encompass who Monaleo is as an artist and where she’s headed. Her flow is fun, playful, witty, and energetic, and her music videos can only be described as creatively authentic. While her success can be attributed to her hard work and dedication, it’s also worth mentioning the strong team she’s got surrounding her. Most of her crew is filled with Houston natives, down to her DJ/producer Key Way and longtime road manager, Dono K. Monaleo is on a quick and steady rise; it’s only a matter of time before the rest of the world wakes up and sees her talent. Many know Dess Dior from her public relationship with rapper Future. However, Dess has some bars of her own, and she’s been on the rise since the release of her single “Stone Cold” with Mariah The Scientist, which has garnered over 1.6 million streams on Spotify alone. She’s been dropping music since 2019, but it wasn’t until September of last year that she released her debut album, RAW, complete with eight tracks and her new single, “Nann H**.” Fans love her laid-back yet melodic flow, and Dess is constantly keeping her supporters engaged on social media. With nearly 2 million followers on Instagram, she’s always sharing performance snippets and serving the girls with looks for days! Dess absolutely has a bright future, and we’re hoping to hear more from her in 2023! 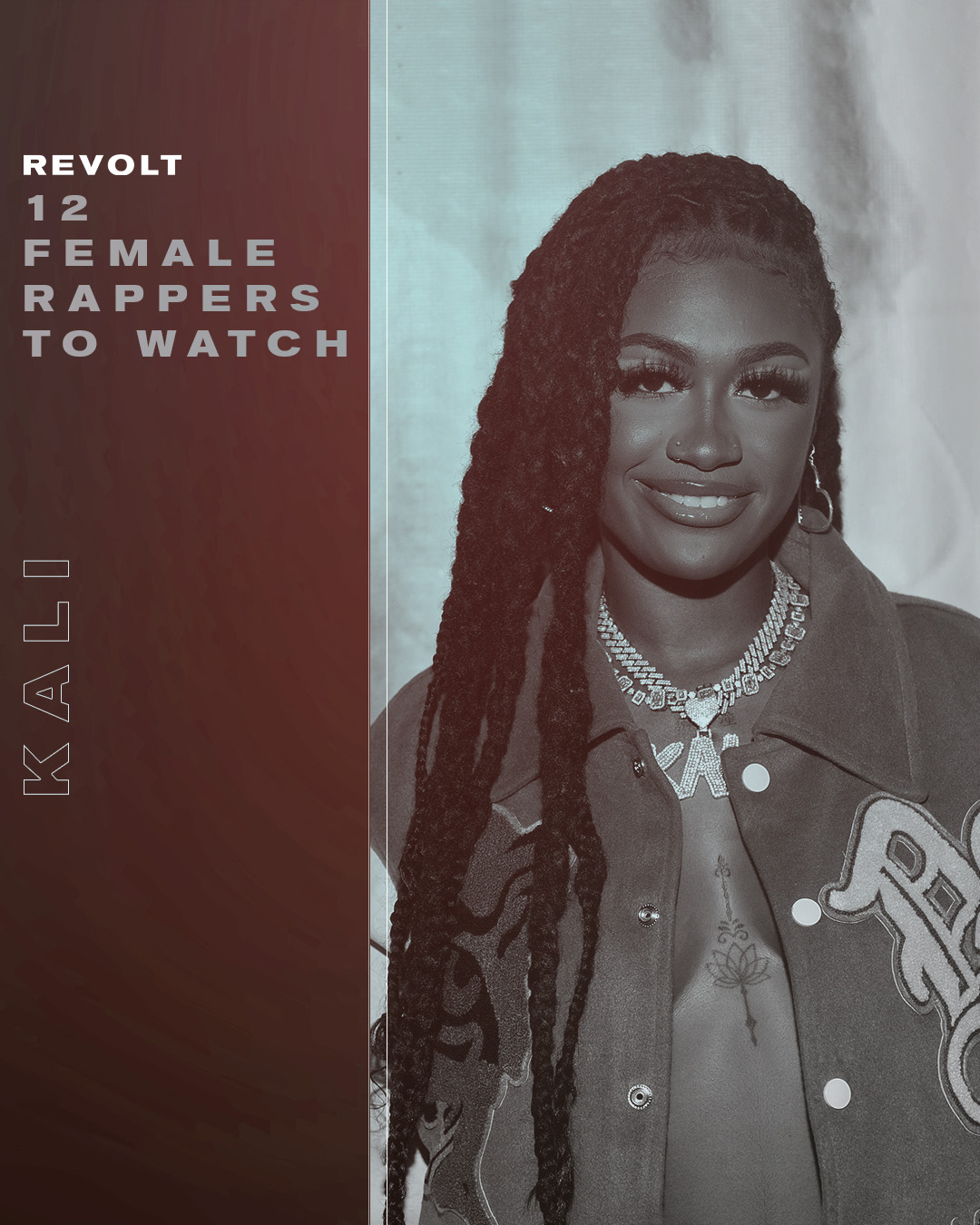 Kali aka Ms. Toxic Chocolate has been slowly making a name for herself as an artist and was selected back in July for XXL’s 2022 Freshman Class list. In 2020, her song “Do A B**ch” went viral on TikTok and introduced her to the world. Since then, Kali’s released a mixtape, This Why They Mad Now, and an EP, Toxic Chocolate, and collaborated with Moneybagg Yo, Latto, and Bia, to name a few. She also kicked off 2022 by going on tour with Latto, Saucy Santana, and Asianae. In just that year, she garnered over 35 million streams on Spotify and is currently averaging nearly 600,000 monthly listeners. If Kali keeps up the momentum, she has the potential to really make an impact with her music. 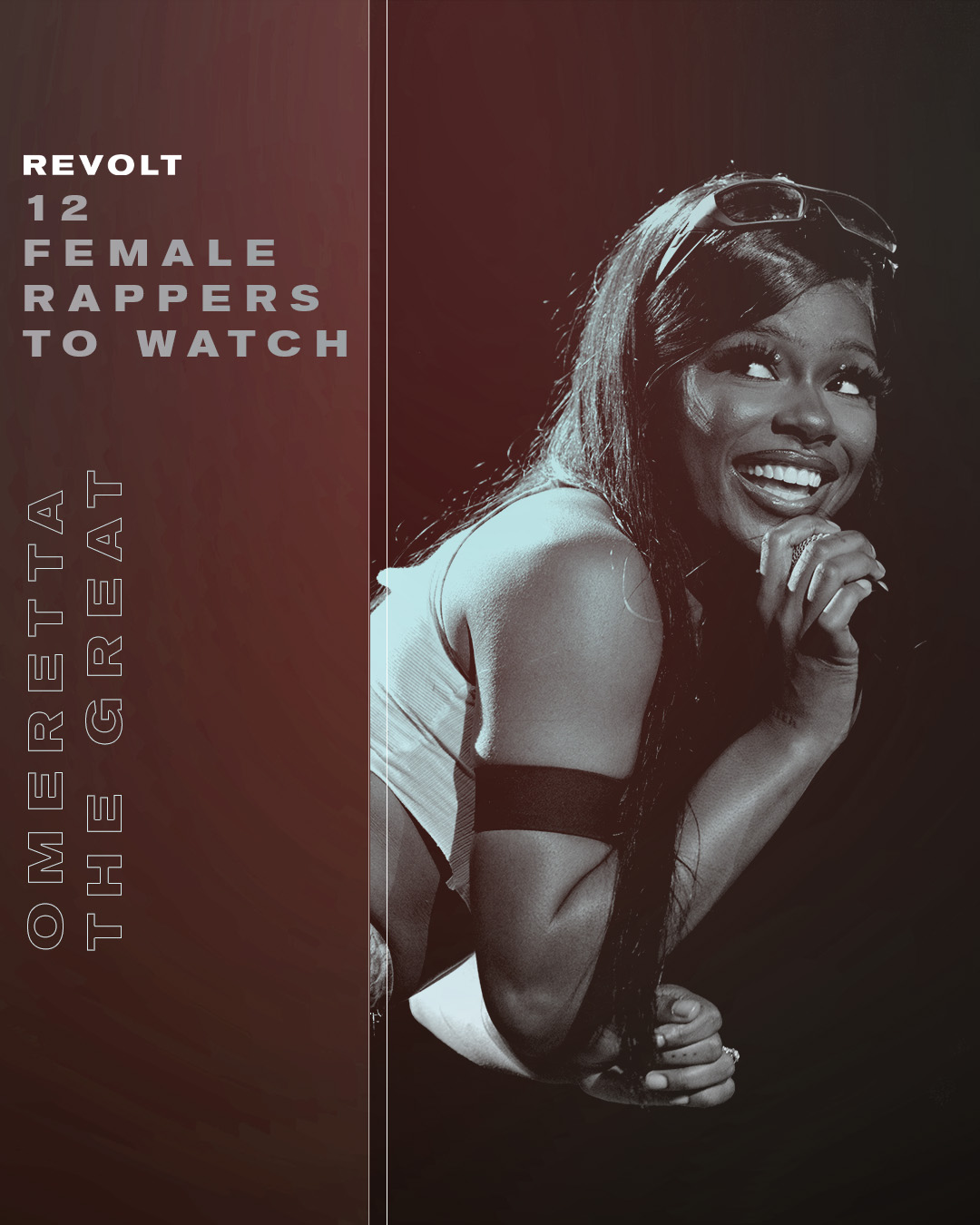 Omeretta the Great initially gained attention in February of 2022 with the release of her single “Sorry Not Sorry.” What made the song so unique compared to other music that came out around that time was the intense social media debate it ignited. On the track, Omeretta proclaimed which parts of the greater Atlanta area are actually Atlanta. What followed the release of the single was a Latto feature (who also happens to be from ATL), rappers such as T.I. weighing in on what’s really Atlanta, and listeners from other cities calling out which parts of their homes qualify and don’t. Omeretta just dropped her latest EP, Emotional Gangsta, featuring guest appearances from Key Glock and Tink, and her future is looking incredibly bright. 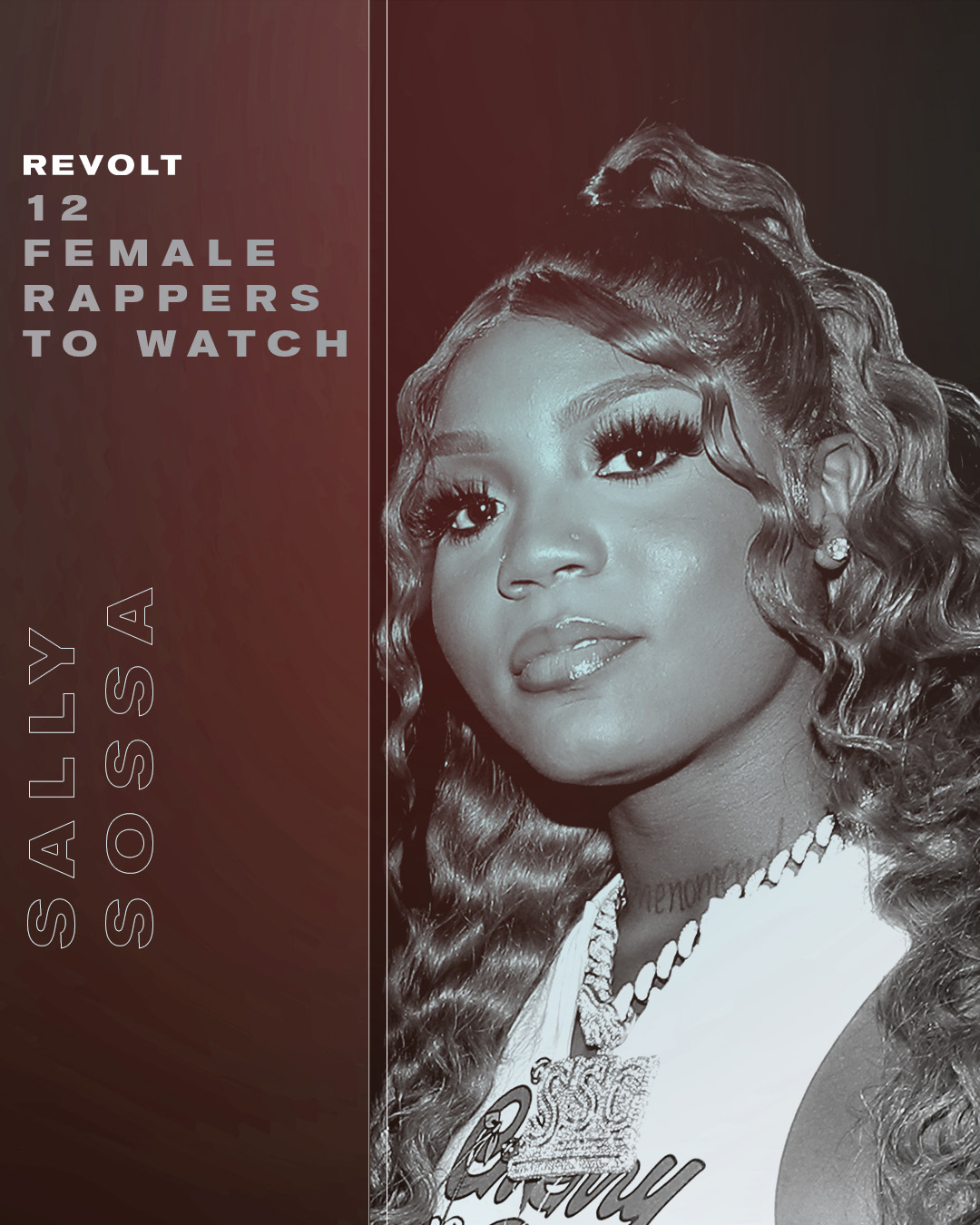 Sally Sossa is another Houston native making this year’s list! Sossa’s love for hip hop dates back to her childhood when she grew up having rap battles with the rest of her family. She grew up listening to a variety of music, from PINK to Etta James and Nicki Minaj. Sossa began taking rap seriously at the age of 16 and has consistently released music since she was 17. In 2019, her music began garnering the attention of major labels, and in 2020, she signed with Interscope Records. The up-and-comer received co-signs from Lil Durk and French Montana and has also collaborated with artists such as Toosii. Sossa was featured on the Madden 22 soundtrack, and just a few months ago, the rising star released her second album, 4EVER SOSSA. Her sound is complete, her hooks are catchy and melodic, and her bars are hard-hitting on each and every record. If she keeps it up, she could be the one giving co-signs soon enough! Lola Brooke is a Brooklyn native with a unique rap style that’s captivated the attention of many. Her single “Don’t Play With It” went viral on TikTok and she’s been steadily releasing music ever since. Brooke fell in love with hip hop as a teenager, and in 2016, she signed to Eugene “80” Sims’ Team 80 Productions imprint. She’s released several singles since then, including “Here I Come” and “Dummy Ummy,” but we have yet to see a full-length album or EP from the young lyricist. She’s got the skills to go bar for bar with anyone on this list, and in 2023, we hope to hear those bars on a full-length release. 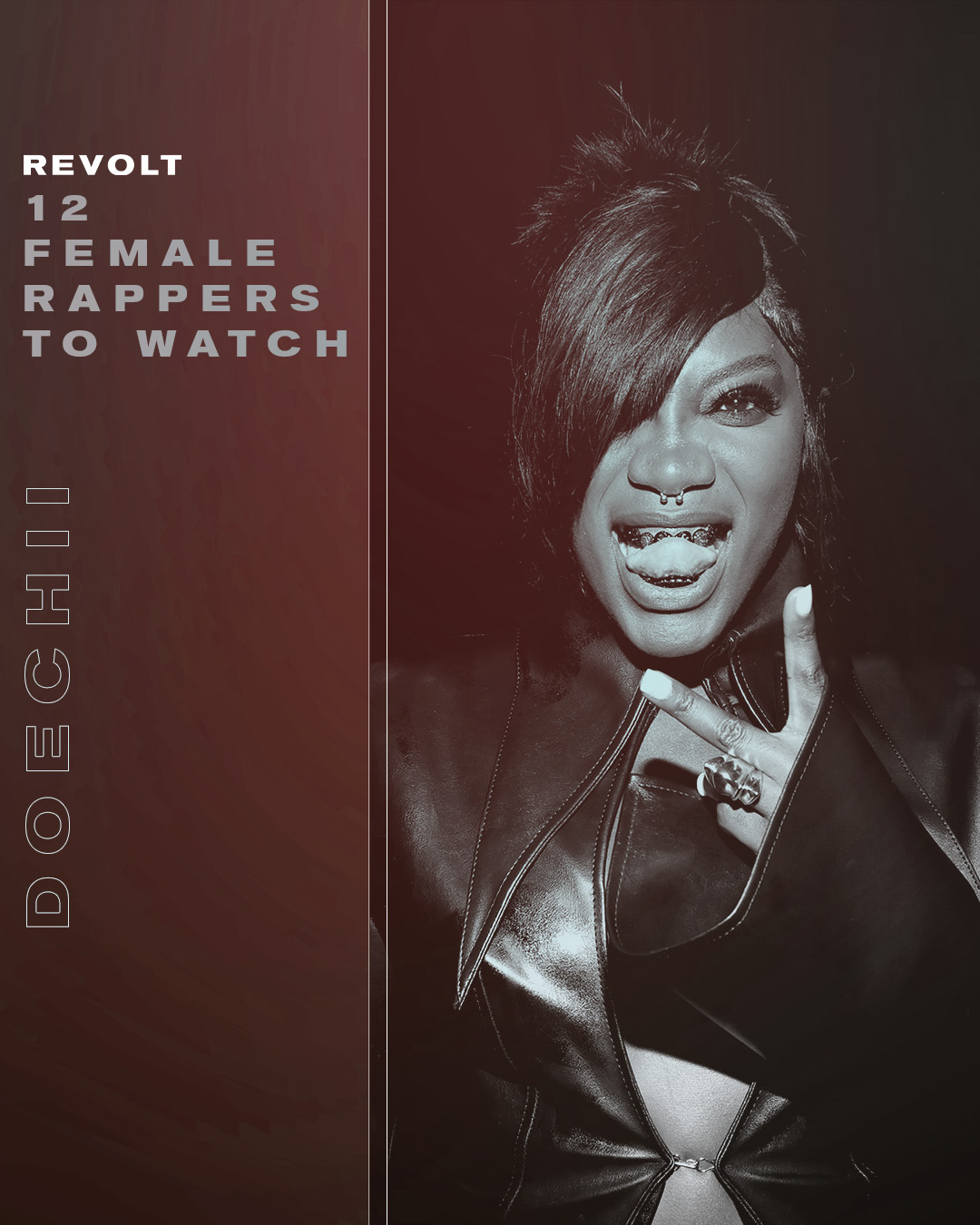 Doechii hails from Tampa, Florida and grew up participating in several extracurriculars, including tap dancing, ballet, and gymnastics. However, music proved to be her favorite as she began making music in 2015. The first song she ever released on SoundCloud was titled “Girls” in 2016. Since then, the future has been looking incredibly bright for Doechii. In 2020, she released her debut EP, Oh the Places You’ll Go, and less than a year later, her single “Yucky Blucky Fruitcake” went viral on TikTok, introducing Doechii to a completely new audience. In 2021, she released her second project, Bra-Less, and collaborated with Isaiah Rashad on his album The House Is Burning. In March of 2022, the promising artist signed with Capitol Records and TDE, one of hip hop’s premier labels. She was also featured on Smino’s album Luv 4 Rent and in October, she released her latest single, “Stressed.” 2022 was a big year for Doechii, but 2023 has the potential to be even bigger. Renni Rucci has been around on social media for years, but she didn’t begin making music until 2017 when she started posting freestyles to the beats of popular rap songs. In 2018, she garnered a ton of attention when she flowed over Lil Baby’s “Freestyle.” Today, that release from Rucci has over 39 million views on YouTube. In 2019, she dropped her debut mixtape, Big Renni, and then followed that up with her second QuickTape in 2020. In 2021, the dedicated rapper joined “Love & Hip Hop Atlanta,” and her popularity has only grown since starring on the show. Her latest single, “Texture,” was just released on Dec. 9, and it shows her growth as an artist. Her bars are still just as heavy-hitting as they used to be in her freestyles; however, other aspects, such as breath control, have improved vastly since her humble beginnings, and it’s shown on “Texture.”