Should Black Twitter be concerned with an Elon Musk takeover?

“REVOLT BLACK NEWS Weekly” addresses Musk’s acquisition and whether or not he’s qualified to run the billion-dollar company. 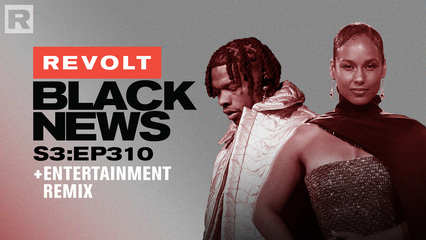 “REVOLT BLACK NEWS Weekly” aired on Friday (May 6) to discuss the way Black Twitter is responding to the highly anticipated Elon Musk takeover, why Black women are dating outside of their race and the 2022 Met Gala red carpet.

Abdulahi opened the show by discussing why Black Twitter is concerned with Elon Musk’s much-anticipated takeover of the social media platform. Marc Morial told REVOLT he is troubled by Musk’s acquisition.

“Musk’s own statements pre-his effort to acquire Twitter raise concerns [with the Black community],” he cautioned. “Twitter was a platform that Donald Trump abused, many others abused. Twitter finally developed a system, a policy and the courage to say that the platform will not be systemically abused and misused by those who promote hate, those who promote division.”

However, Isaac Hayes III told Abdulahi, “I don’t think it’s the end of Black Twitter — it just depends on how Elon Musk governs the platform.”

Andrè Brock, associate professor of Black digital studies at the Georgia Institute of Technology, thinks otherwise and believes Musk should not be allowed to acquire Twitter.

“Elon Musk is not qualified to run Twitter for the same reasons Jack Dorsey was considered not qualified. [Musk] is running too many companies at once,“ he explained. “Moreover, Elon doesn’t seem to have a grasp of what free speech actually means with regard to how Twitter handles its policies.”

Next, Abdulahi hosted a segment titled “Being Black All Over the World,” during which she highlighted global issues impacting the Black community.

She first shared an update on WNBA star Brittney Griner, who is currently being detained in Russia for allegedly possessing hash oil. Abdulahi gave viewers a glimpse of hope and stated the famous athlete may soon come home to the U.S. after government officials revealed they would begin negotiations to aid in her return.

Abdulahi then jumped to South Africa where the World Health Organization introduced a Malaria vaccine to help combat the country’s crisis with the disease. The African nation sees half a million deaths per year as a result of the deadly illness.

Later in the show, Abdulahi hosted a round table discussion about why some Black women feel the need to date outside of their race. Dr. Oya Ma’at expressed her belief that mainstream media is encouraging Black women to enter interracial relationships.

“The media was created to control people … and so whenever you see a lot of propaganda pushing something you have to ask yourself why,” she informed.

Dr. Cheryl Y. Judice told Abdulahi that she does not believe the media is “pushing” interracial relationships but thinks Black women are dating outside of their race “because there is absolutely nothing wrong with Black men, there are simply not enough of them.”

Sky Landish, natural health and beauty influencer, shared her experience and explained why she married a white man. “It had nothing to do with choosing one or the other. Did I notice he was white? Of course I did, but I chose love and I chose what was best for me,” she revealed.

Monae was in love with her bedazzled outfit and expressed to REVOLT, “I feel like I am in a movie. I want to see this character.”

Questlove took an unorthodox route and decided to use the Met Gala to uplift Black women.

Watch a quick clip from this week’s episode up top. Plus, be sure to catch the next installment of “REVOLT BLACK NEWS Weekly” on Friday, May 13, 2022 at 6 p.m. ET on REVOLT’s app.

Elon Musk uses Twitter to announce that the $44 billion deal is on hold, experts voice concerns

Elon Musk will reverse Donald Trump Twitter ban: "We should not have permanent bans"

Elon Musk uses Twitter to announce that the $44 billion deal is on hold, experts voice concerns

Elon Musk will reverse Donald Trump Twitter ban: "We should not have permanent bans"