The track is from his latest release ‘Big Bank.’

This past weekend, Bankroll Freddie graced the masses with his new album Big Bank, which sees 14 tracks and additional features from EST Gee, 2 Chainz, Young Scooter, PnB Rock, Young Dolph, BIG30, Gucci Mane, and Megan Thee Stallion — the last of whom appeared on the album’s most recent standout “Pop It.” Now, the Arkansas star keeps the momentum going with a new visual for “Active.”

“Up that stick, I don’t play, I get active, I don’t talk, I don’t do all that yapping, ask about me, that boy been ‘bout action, since thirteen I been totin’ that ratchet, .38 special, that bitch had six shots, run up on me, guarantee you get dropped, like a cherry, put beam on his top, knock him off for a pint of that Wock’/” 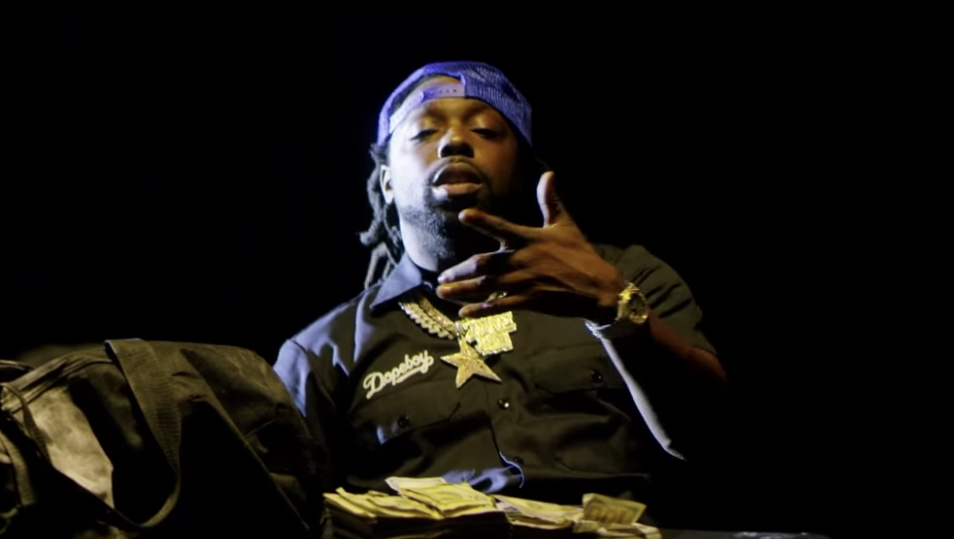 Directed by DJ Bruce Bruce, the accompanying clip begins with an unknown individual trying to pawn off a box full of Bankroll Freddie’s watches and jewelry. Unfortunately for him, the would-be buyer instead calls Freddie up, who shows up to the location to apprehend the apparent thief with a mob of goons. Much of the video shows Freddie armed in a red-lit room and with his masked-up crew and the aforementioned assailant in the back of a truck container. Simply put, don’t let the recent fame think you’re going to swindle the Quality Control artist in any form or fashion.

Prior to Big Bank, Bankroll Freddie released the well-received 2020 project From Trap To Rap, which saw 14 cuts and contributions from Moneybagg Yo, Lil Yachty, Dolph, Lil Baby, and Trapboy Freddy. Prior to that, he made landfall with 2019’s Saved By The Bales.