The collaboration can be found on Young M.A’s new album ‘Off The Yak.’

Today, Young M.A blessed the masses with her latest project Off The Yak, an 11-track offering with additional contributions from Fivio Foreign, Rubi Rose, Max Yb, and WAP5TAR. Accompanying the new album is a visual for the Rubi Rose-assisted cut, titled “Don Diva,” which sees production from SOUNDSfromIKEY and JayUncut and sees the two rapping about topics of a sexual nature:

“The Big Don, 1942, Julio, first I beat a nigga up then beat the coochie though, big drip Louie though, yeah, she bad, but she Gucci though, I could make that pussy sing like the studio, sing it to me, baby, I’m tryna Uber Eat the pussy, bring it to me, baby...” 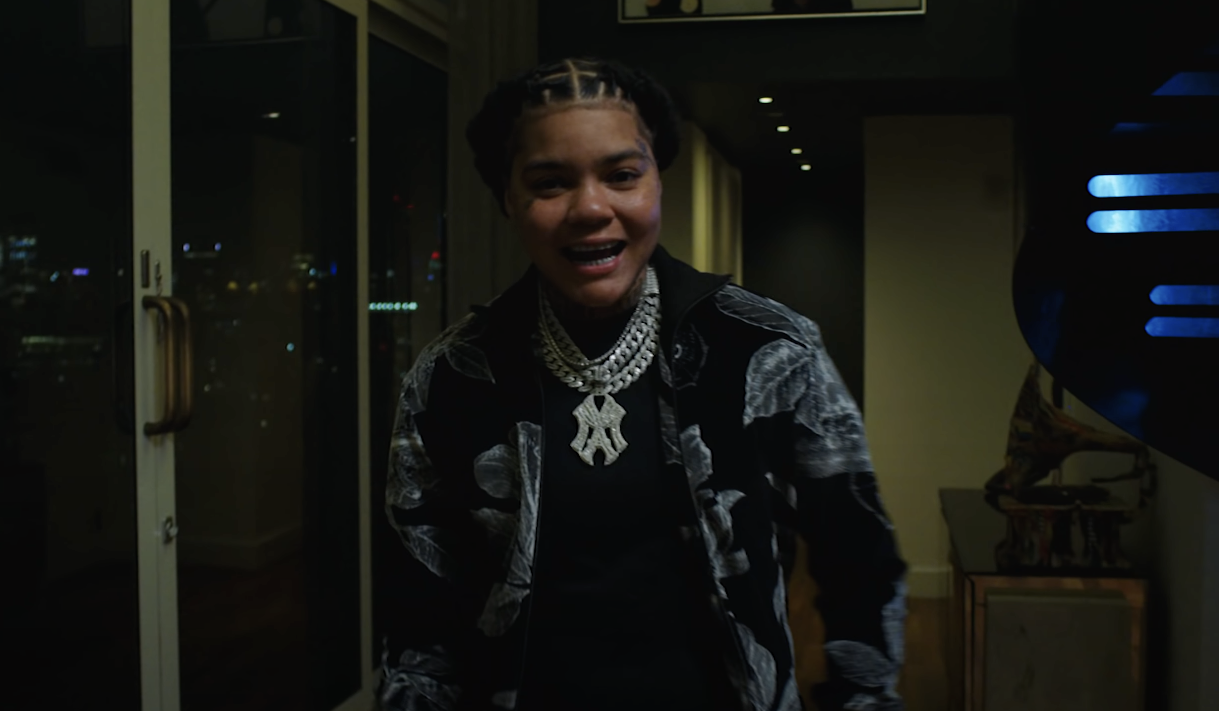 Directed by JakeTheShooter, “Don Diva” becomes a dope recreation of LL Cool J’s classic video for his 1996 cut “Doin’ It,” all the way down to the throwback outfits. Add in the fact that Young M.A and Rubi Rose keep the sexy at maximum levels throughout and you have a nostalgic clip with plenty of replay value.

Prior to Off The Yak, Young M.A liberated last year’s Red Flu EP, a seven-track body of work that held her fans down during the worst quarantine months. Her last official album, Herstory In The Making, made landfall in 2019. Meanwhile, Rubi Rose has continued to expand her skill set in her own right, progressing from model and video vixen to one of the most popular female emcees in the game. This past Christmas, Rose released her debut For The Streets, an eight-track EP with appearances from PARTYNEXTDOOR, Future, and Cardi B. Rose could also be heard on well-received tracks like DJ Drewski’s “Water,” Wiz Khalifa’s “POV,” Rich The Kid’s “Nasty (Remix),” and Trap Manny’s “Mine.”