Rubi Rose has officially delivered her first mixtape, For The Streets. The project is equipped with eight songs , including her fan-favorite 2020 hit “He In His Feelings.” and boasts features from Future and PARTYNEXTDOOR, who appear on the same song titled “Whole Lotta Liquor.” On the track, Rubi comes in with her signature seduction:

He know I like to bite so he bite back. Send a lil’ money on my Cashapp. Ain’t sayin’ love, that ho bounce back. Uh, yeah, give me all. Put that all for the pounds, boo. He show love I was here for a day, now it’s money on the floor. Uh, don’t you love when I pull up your way? Don’t you love how I play in your bank? These mimosas, I’m ready to drank. 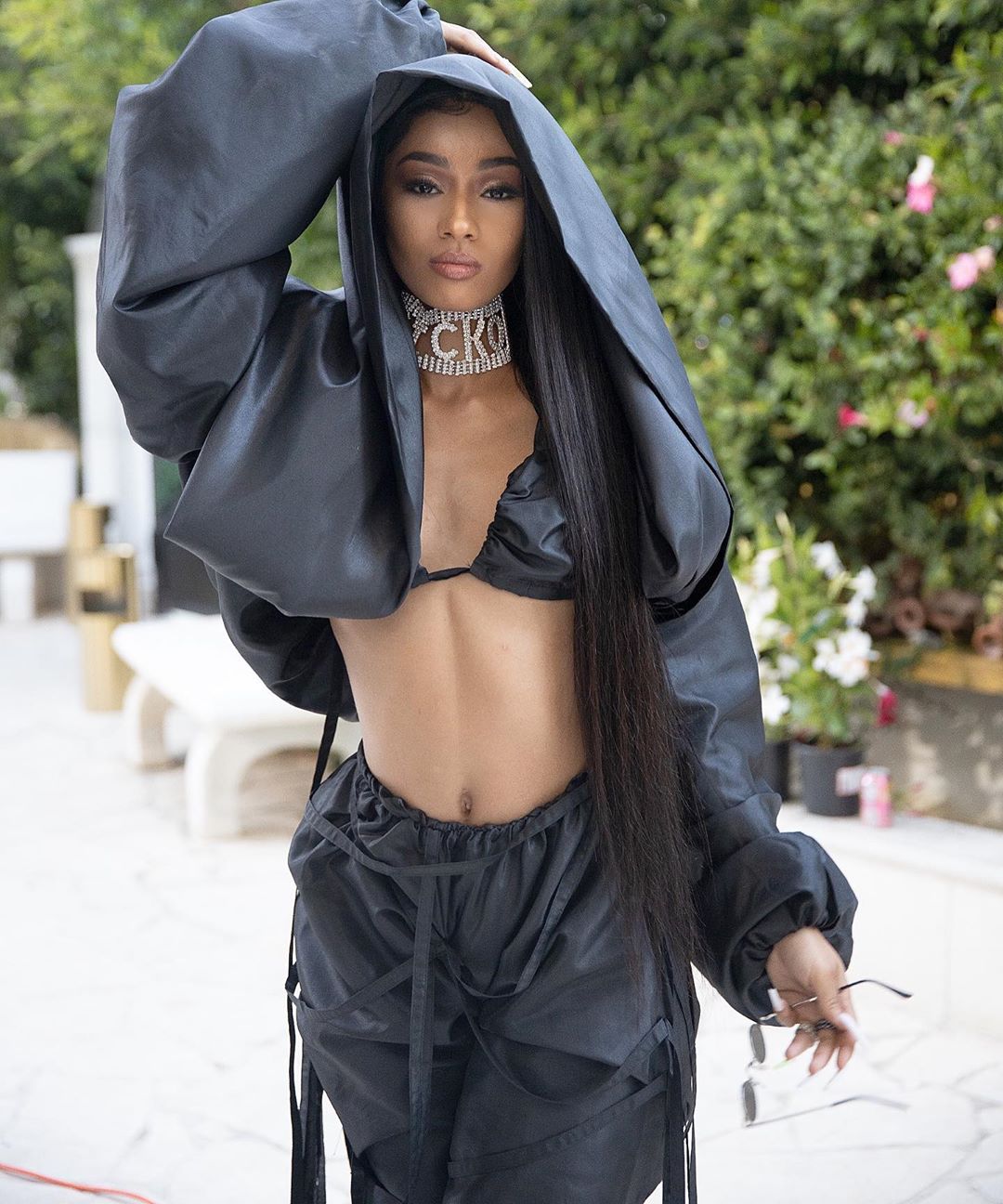 After breaking out with her 2019’s hit “Big Mouth” and continuing her momentum with anthems like “Hit Yo Dance” and “Pretty MF,” Rubi Rose showed she isn’t letting go of her stride. Earlier this year, Rubi kept her foot on the gas with her single, the aforementioned “He In His Feelings,” and a new collab tracks like “POV” with Wiz Khalifa and “Pogo” with K CAMP. A shining moment for Rubi arrived this year when she received a cameo in Cardi B and Meg Thee Stallion’s center-of-attention music video “WAP.”

Fans may remember after “WAP” dropped, Cardi B shared some words of praise for the rising rapper. Following the release, Cardi went on to give her co-sign and praise to Rubi, stating her love for Rubi’s music and unique, raspy voice in an interview: “I like Rubi Rose’s music and I like her voice,” Cardi B says in the clip. “A lot of female artists, they don’t have that voice. You could rap and rap and rap but if you don’t have that voice you don’t have it.” Rubi Rose took that moment of praise and included it in her new project, titling her opening track “Intro / Cardi B Interlude,” which serves to kick off the mixtape with straight bars leading into the sound bite from the interview.

Press play on Rubi Rose’s brand new mixtape For the Streets down below.