The soulful cut sees production from Phoelix and Groove.

Today, viewers will get to check out the new film Judas and the Black Messiah, which is based around the life of Black Panther head Fred Hampton, as well as his death due to the work of FBI informant William O’ Neal. Accompanying the biographical drama is a soundtrack — titled Judas And The Black Messiah: The Inspired Album — that sees 22 tracks and additional appearances from H.E.R., Nas, Hit-Boy, Black Thought, Nipsey Hussle, JAY-Z, Masego, JID, Rapsody, BJ The Chicago Kid, Lil Durk, G Herbo, Pooh Shiesty, Polo G, A$AP Rocky, and loads more. One particular standout is “Plead The .45,” which sees frequent collaborators Smino and Saba speaking to real life struggles over production from Phoelix and Groove: 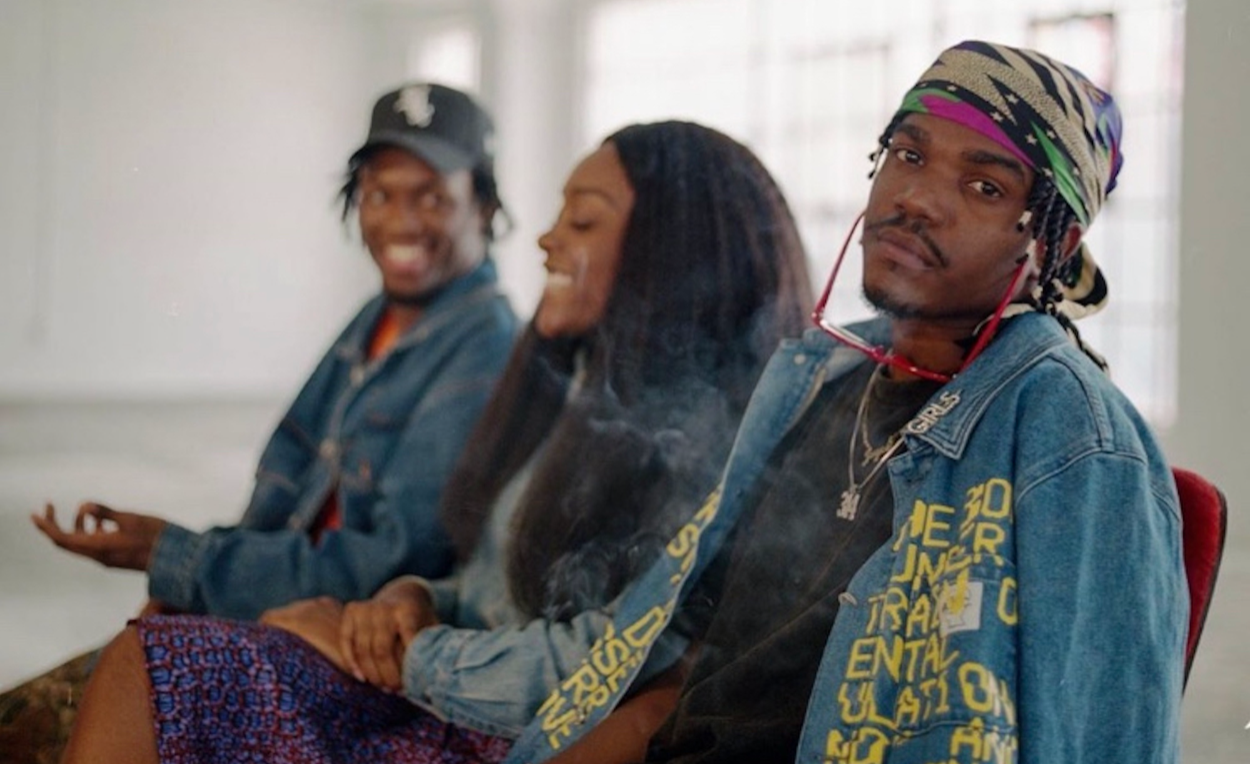 “I wanna love all of y’all, but I don’t think it’s enoughTylenol, I’m thinkin’ ‘bout callin’ out, I’m tired as fuck and I’m noddin’ off, surrounded by narcissists, my noose is movin’ through the contusions, they see my hue and they wanna do me, just like Huey P. Newton/”

Smino has been keeping relatively busy from a music standpoint — last year saw the release of his latest mixtape She Already Decided, which saw 16 cuts and contributions from Sevyn Streeter, T-Pain, Bari, and more. His latest official album, NØIR, made landfall back in 2018. Meanwhile, Saba spent the same time frame releasing loose singles like “Something in the Water” with Denzel Curry, ”Mrs. Whoever,” ”So and So,” and ”Areyoudown? Pt. 2” with tobi lou. His last full-length, CARE FOR ME, was liberated in 2018 as well.

In related news, Smino and Saba’s Ghetto Sage crony Noname refused to appear on “Plead The .45,” a decision made due to the content of the film the song supports:

what’s crazy is they asked. i was supposed to be on the song with saba and smi but after seeing the movie i decided to pass

it was shot beautifully, the acting was amazing. but it’s a movie about an informant. fred is secondary and his radical communist politics are centered, at all.

Nonetheless, fans can press play on Smino and Saba’s “Plead The .45” below.