Legendary MC Black Thought is back with some new tunes.

Through the years, The Roots have proven themselves worthy to be considered one of the greatest Hip Hop groups to ever grace the music industry. If you’re one of the true Hip Hop heads, then today will be considered a holiday for you for sure. The Roots’ front-man and legendary MC Black Thought came through with a special delivery — a new EP by the name of Streams Of Thought Vol. 3: Cane and Abel.

With the slew of other music releases today, this EP is most certainly one of the few that stands out the most and did its due diligence.

Thank you for your patience.
The wait is over.

Streams of Thought Vol. 3 — Cane & Able with my brother @itsSeanC out next Friday, 10/16. Pre-save link in bio. Let’s go! pic.twitter.com/SMFazXScp2

While this is a great time to celebrate this release, it’s also a time for grieving as we remember the late Malik B — one of the founding members of The Roots. In recent times, the world was saddened to hear the unfortunate news of his untimely demise. In a lengthy Instagram post, Black Thought took time to pay respect to the MC:

We made a name and carved a lane together where there was none. We resurrected a city from the ashes, put it on our backs and called it Illadelph. In friendly competition with you from day one, I always felt as if I possessed only a mere fraction of your true gift and potential. Your steel sharpened my steel as I watched you create cadences from the ether and set them free into the universe to become poetic law, making the English language your bitch. I always wanted to change you, to somehow sophisticate your outlook and make you see that there were far more options than the streets, only to realize that you and the streets were one... and there was no way to separate a man from his true self.

Malik B, founding member of The Roots, has passed away 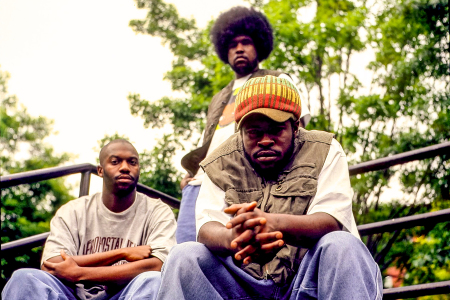 The 15-track effort includes guest features from Pusha T, Killer Mike, Swizz Beatz, ScHoolboy Q and more. It’s also produced by one of the most noble producers in the game, Sean C (who is known for his records with Jay-Z, Mobb Deep, Big Pun and many others).

Check out Black Thought’s latest EP below. Rest in Paradise Malik B!