The actress revealed some interesting information about the album on the third-year anniversary of its release.

In the wake of Nipsey Hussle’s death, fans eager to learn more about the late rapper must resort to his released music, old videos and interviews as well as his social media accounts; further information comes every once in a while when those who were close to him spontaneously bless supporters with exclusive facts. Fortunately, yesterday (Feb. 16) was one of those rare occasions.

In honor of the third-year anniversary of Nipsey’s Victory Lap, Lauren London took to Instagram to reveal an interesting detail about the project, revealing her contribution to the album. “Fun fact: the voice that says ‘Victory Lap’ on the album is me,” she wrote in an Instagram post of the album cover. “In the booth with Kross on my hip. #VICTORY LAP.”

After years of releasing mixtapes, Nipsey dropped Victory Lap, his debut album, in 2018. The project earned him a Grammy nomination for Best Rap Album, his first ever nod from the Recording Academy. In 2020, the project was officially certified platinum and went on to score posthumous Grammy wins for “Higher,” “Deep Reverence” and “Racks in the Middle” — all songs off of the highly-praised album.

Luckily, the Crenshaw star reportedly has a lot more music where that came from. According to close friend and artist J Stone, Nipsey was hard at work before his untimely death. His unreleased tracks will be compiled and released as a follow-up to Victory Lap. 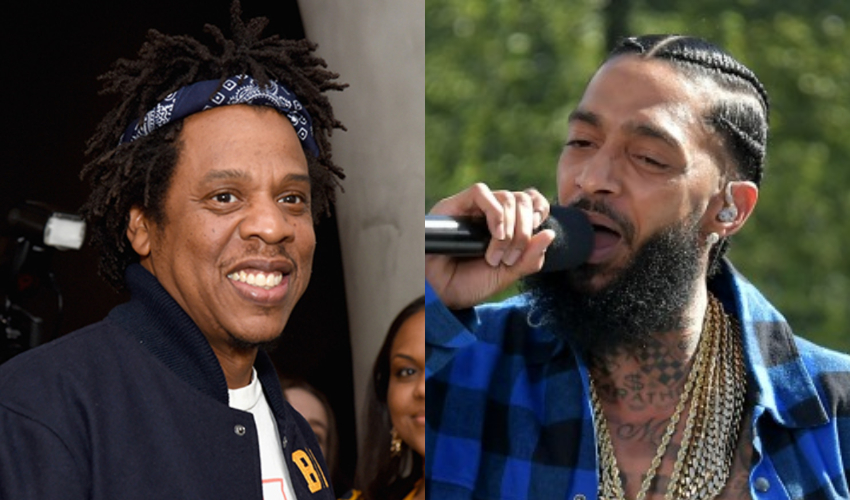 “It’s so much music this nigga done did, bro. Like you wouldn’t even imagine, bro,” J Stone once told “The Bootleg Kev Podcast.” “There’s shit I haven’t even heard when I thought I heard everything. It’s definitely going to be another Nip album.”

Until then, fans can revel in a recently-released track from the “Hussle & Motivate” emcee. “What It Feels Like” featuring JAY-Z is featured on the Judas and Black Messiah soundtrack.