The three rappers link up for a new track over a Tay Keith beat.

Blac Youngsta just released a track giving one of the hottest producers in the game his flowers, and he’s recruited frequent collaborators Lil Baby and Moneybagg Yo to join him. The new “I Met Tay Keith First” sees the trio feeding off of each other in the music video with a backdrop of guns. Over Tay Keith’s production, Black Youngsta flexes how he knew the beat maker since his up-and-coming days:

“Now I’m a entertainer like Jamie Foxx see. Look in my eyes, and you can see what Pac see. I put a hit on my verse, I met Tay Keith first. She gon’ drop it to the floor and make it twerk. If I shot my plug, I’ma make it work. My lil’ shooters slip and slide, make it surf. Rich nigga healthy, I don’t eat no food. I kick shit on your block like I’m Goku. I’m a real nigga, keep it real like I’m supposed to.” 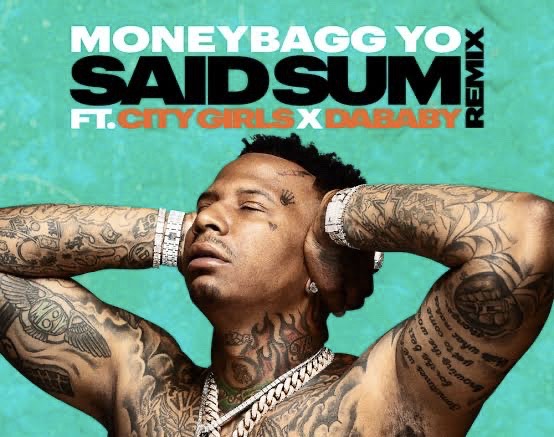 In September, Moneybagg Yo and Blac Youngsta surprise-dropped their joint effort Code Red. As the project went on to debut at No. 6 on the Billboard 200, the duo celebrated by releasing their latest music video “Trickin’ Ass N****.” Equipped with a total of 13 records, Bagg and Youngsta managed to secure features from including fellow CMG members Yo Gotti, 42 Dugg, and Lil Migo — as well as Big 30, Pooh Shiesty and Ari.

Lil Baby recently joined JT and Yung Miami in the new visual for the Cheeze Beatz and CuBeatz-produced “Flewed Out.” He also Lil Baby even made an appearance at the 2020 BET Hip Hop Awards alongside his artist 42 Dugg to perform their hit track “We Paid.”

Check out Blac Youngsta, Lil Baby, and Moneybagg Yo’s new music video for “I Met Tay Keith First” down below.