In his installment of “Tour Tales,” the tour manager explains why she quit the Grammys, helping put this year’s BET Hip Hop Awards together, and Anderson .Paak’s personality off stage.

In only a few years, Kyana White has held a number of roles while touring with the likes of Ari Lennox and Anderson .Paak. Her relationship with Lennox has actually grown during a pandemic.

“We got closer during this year and we haven’t been on the road because I have time to develop a real relationship with her besides just moving her around. I feel closer to her now than during any other tour,” White told REVOLT.

In his installment of “Tour Tales,” the tour manager explains why she quit the Grammys, helping put this year’s BET Hip Hop Awards together, and Anderson Paak’s personality off stage. Read below. 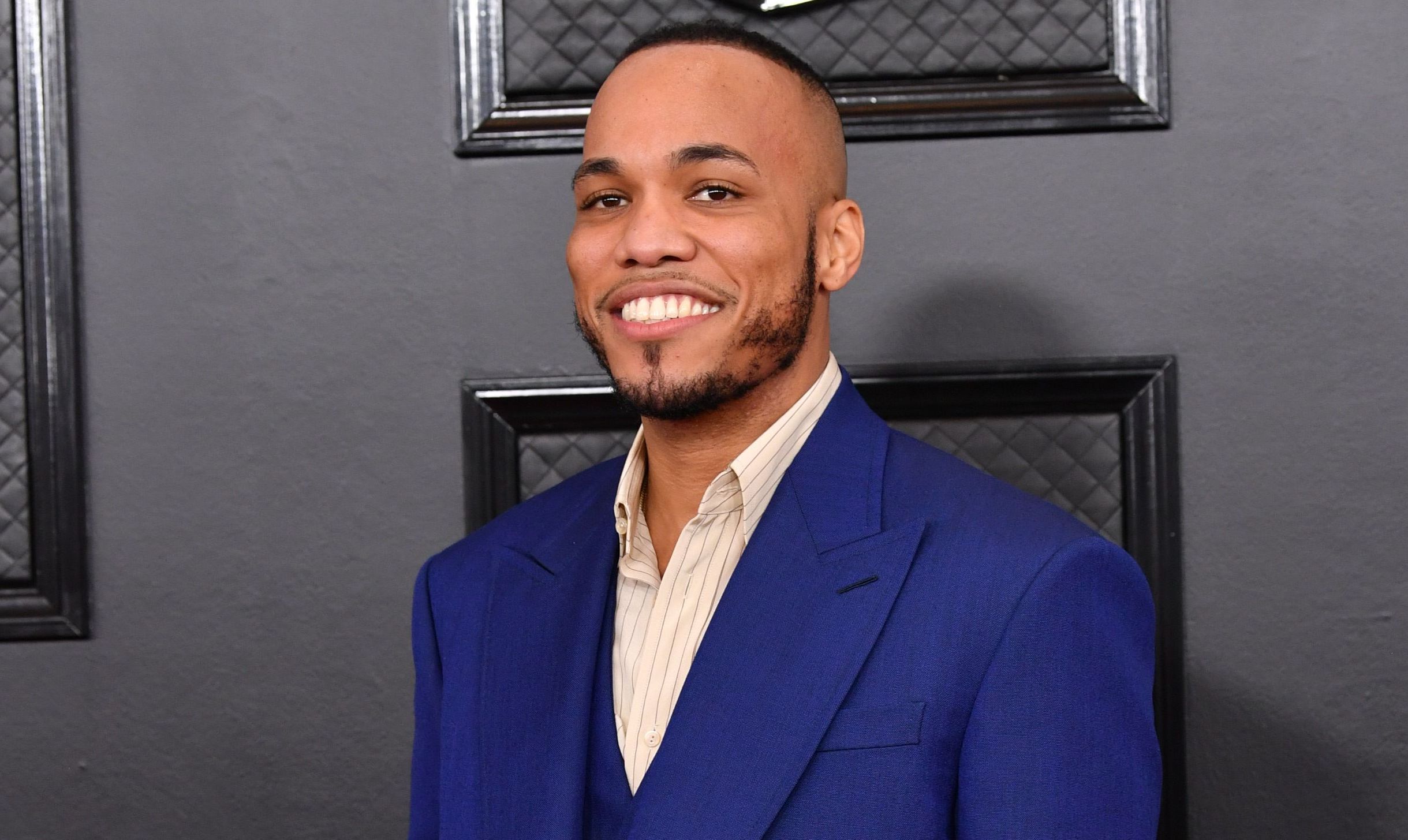 The first tour you worked on was Anderson .Paak’s 11-date Andy Beach Club Tour. What was your role?

My official title was tour coordinator. I was very hands on with A.P. himself, making sure he was straight and he got what he needed — food, dry cleaning, bus setup. I was essentially A.P.’s assistant on that tour, so anything you could think of. [Chris Patterson] and I did that tour together and we’re pretty great together.

What’s Anderson like on tour? What’s on his rider?

He’s chill. He’s a funny, chill guy who’s not high maintenance or anything. The only thing I can remember [on his rider] was tequila (laughs). That’s the main thing. C.P. and I like tequila. The band and crew liked beer.

How did you get involved?

I went to lunch with Richard Dunn and Kimberlin Bolton in 2018. While we were out, Kim introduced me to Richard, saying, “Hey, this is Kyana. We’ve been establishing a rapport. She reached out to my company to see if there were any opportunities to work in the music space. I feel she’d be great to work with.” At the end of the conversation, he called C.P. At the time, C.P. was in Australia with 6lack. He told him, “When you come back to the states or whenever you have an opportunity, I need you to hire this girl Kyana. She’s fire. C.P. was like, “OK, say less.” It was cool to see Richard say that... I met C.P. in person at 6lack’s show in New Orleans on [December 18, 2018] and we kept in touch since then.

End of January 2019, C.P. reached out to me, saying, “I got this opportunity, but need some help doing this Anderson .Paak tour. Are you available?” I was like, “Yeah. When do you need me by?” He said, “I need you to be in San Francisco in two days.” At the time, I had just started working on the Grammys. Prior to touring, I worked behind the scenes on television shows, specifically award shows, and this would’ve been my fourth time working on the Grammys. I had to tell them I got a once in a lifetime opportunity, so I have to dip out and give touring a shot. I ended up quitting the Grammys to go work on touring and it’s been all she wrote since then. 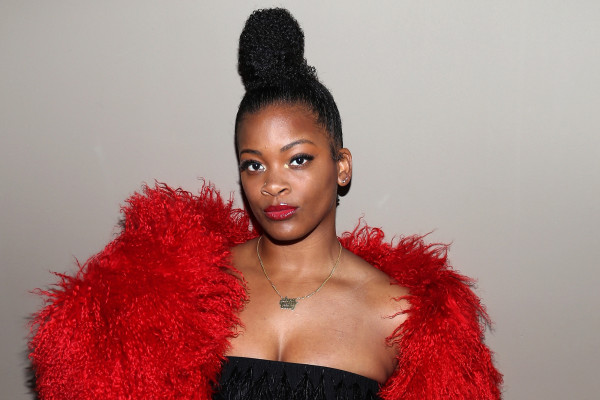 You went on to work with Lennox on the “Shea Butter Baby Tour.” How’d you two connect?

That was another C.P. layup. My first time working with Ari was her Los Angeles show on her “Shea Butter Baby Tour” on May 15, 2019. It was completely nuts. She had three different openers. It was also my first time with her and getting to know an artist is not always the easiest because you have to balance between being professional and personable. I was on my shit in L.A; C.P. needed me to cover for him because he has other clients. After that, I did her opening for Lizzo.

What was the experience like working with her for Lizzo’s tour?

The Lizzo tour had its own set of challenges. Being an opener is politics in general. Obviously, you’re not the main star, but your star is a star, as well. So, there was adjusting to not stepping on the opener’s toes, but also stepping into your own light. The biggest adjustment was getting the crew and everyone used to going from being the main act to being the opening act. I had to report to Lizzo’s tour manager and fight with them about getting passes, parking, and hands. It was regular opener stuff.

How did touring shift your relationship with her?

We became closer towards the end of the “Shea Butter Baby Europe Tour.” Before, I didn’t have a lot of one-on-one time with her. But, as I became more familiar with everyone, we’ve become closer. Actually, we got closer during this year, and we haven’t been on the road because I have time to develop a real relationship with her besides just moving her around. I feel closer to her now than during any other tour.

What did you have to do on her “Shea Butter Baby Europe Tour” that people may not know?

The nuttiest thing that went on during that tour was figuring out all of the bus parking as I was going rather than it already being planned out. In America, our buses run mostly on generators and there’s always a hotel parking lot to park your bus. In Europe, there’s a lot of double-decker buses, which we were on, and the streets are narrower. The hotels are typically in the middle of the city, so they don’t usually have parking. They don’t do generators there, it’s more so shore power. I didn’t know any of this on that tour. I yelled at C.P. about this because he told me the bus drivers in Europe were super self-sufficient who don’t need anything besides directions on when to go and when to stop. I didn’t realize this bus company was under a different impression than C.P. was. They were asking for rooms and all of this shit, and I was thinking, “What the fuck is this?” That’s something you don’t think about that’s probably the No. 1 task that needs to be sorted out. If you can’t park the bus and unload the trailer, there won’t be a show.

I also lost my passport in Paris. I thought I was going to lose my job, but it was something I had to learn to be prepared for. I had to send them to the next city while I was in Paris trying to figure out my passport. When I got my passport in Paris, the next show was in Belgium and they told me, “FYI if you’re flying to Belgium, they might not let you enter with a temporary passport because they’re really strict with their rules.” So, I decided to go by train. I also was working with Cruel Santino, as well, during that. On an off-day with Ari, Cruel Santino had a show in London. So, I had a 48-hour span with no sleep.

What was the fan reaction to Lennox overseas?

Everyone loves Ari because she presents herself as a real person. If you look on her Instagram, she works out at Planet Fitness and someone was in her comments like, “You need to go to a real gym,” and she responded, “This is a real gym. It means something to me. I used to work here.” She’s a person at the end of the day. I commend her on this all the time and tell her, “You’re a real one for coming out, speaking, engaging with your fans, and making real connections.”

What did you all do overseas outside of touring?

I have to give credit to my front of house engineer and lighting director for dragging me to the Eiffel Tower because the day I realized I was up shit’s creek is when they told me, “Let’s go to the Eiffel Tower. When would we be back here again?” In Amsterdam, they have smoke clubs called coffee shops. I didn’t go, but the crew went. They had a lot of fun there. We had really great pasta in Belgium. We still talk about. We had family dinners. We did bulls**t like go to McDonald’s. That was the joke of the tour. We were getting filet-o-fish almost every night. The afterparty in London after the last show was the most lit time ever.

Speaking of that last show, I saw you went onstage to present Lennox with a cake.

She sold out three nights in London. I think the label and her agency sent cakes to celebrate her finishing her first Europe tour as a headliner. It was a surprise. She wasn’t expecting it. 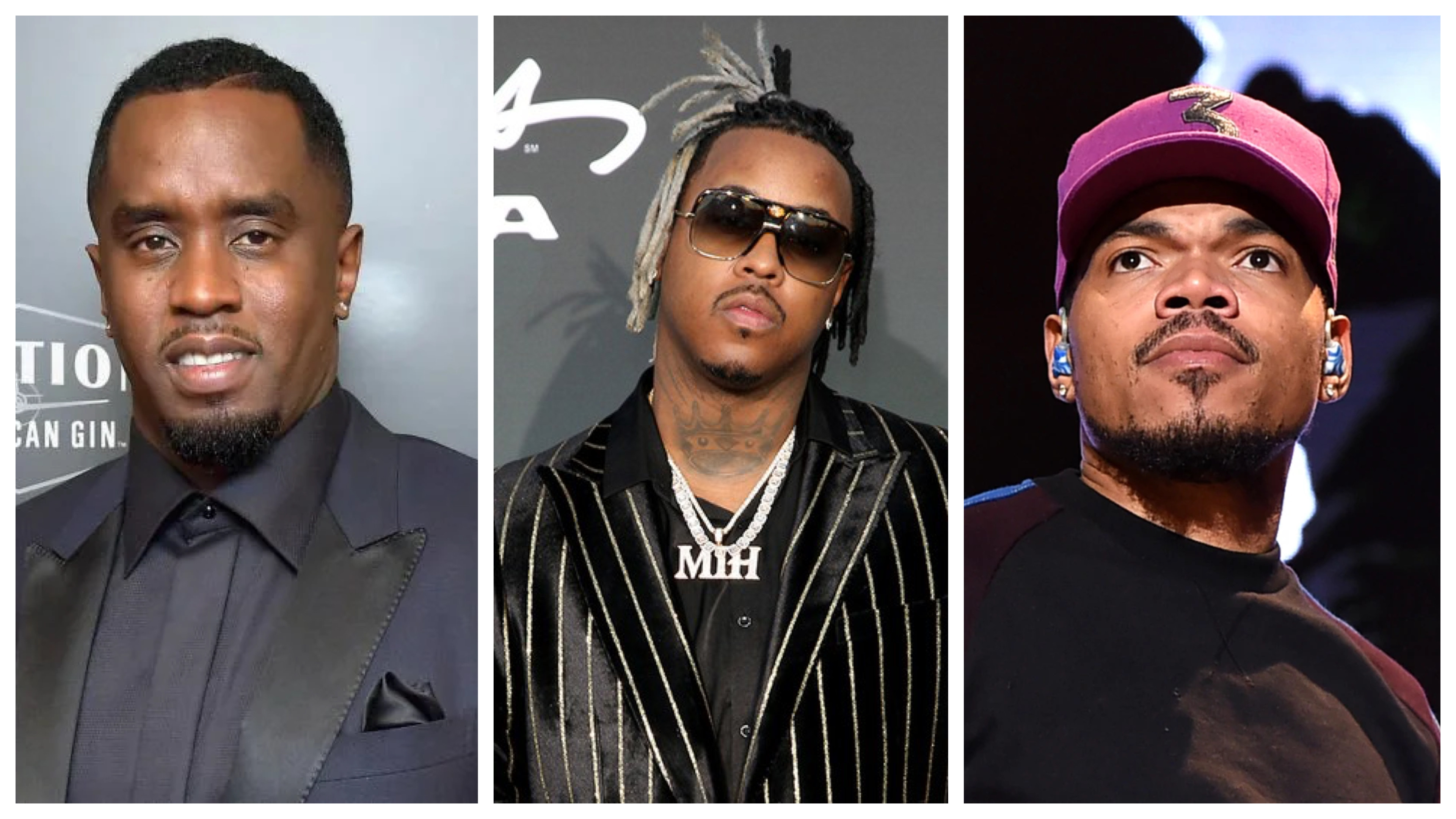 Before the pandemic hit, what was your 2020 looking like?

My 2020 was booked through October with four different artists. Ari was the main client. I think I still had Amanda Seales at the top of 2020. I ended up ending that relationship, but I had dates pending for her. I had dates for Ari through October including Europe in the summer and Africa in October. I signed on for Noname to do her Coachella date and a five-date underplay she was doing. Justin [Lamotte] manages Ro James and Ari and I was going to help with him. Cruel Santino had every other festival Ari didn’t have. I actually pivoted back into TV in August and recovered a lot of funds thankfully. Between August and the first week of December, I worked on four shows. I did a show commemorating the March on Washington in August for four weeks and then I did the BET Hip Hop Awards for nine weeks. Then, I did “Stand Up For Heroes,” a Veterans Day memorial show that aired on Facebook and “Pass The Mic” with DJ Cassidy that aired right after the Soul Train Awards. I was able to do four shows between August and the first week of December. Typically, you’d do them one at a time, six weeks each. So, imagine how much sleep I didn’t get. But, it’s cool. My accounts are looking good. I actually made more money this year than last year.

For the BET Hip Hop Awards, I was the COVID production manager, a completely new position. My job was to make sure everyone who was on each shoot involved with the awards be COVID tested in the appropriate amount of times to meet the requirements of the guild, which have placed these new stipulations on who needs to be tested. I was reading the guidelines and applying them to each shoot.