Lil Tjay liberates new video for “Forever In My Heart”

The Bronx star pays tribute to a fallen friend on his latest.

It’s been a few months since Lil Tjay liberated his sophomore LP Destined 2 Win, which contained 21 tracks with additional assists from 6LACK, Polo G, Fivio Foreign, Tyga, Saweetie, Toosii, Offset, and Moneybagg Yo. The project further solidified the Bronx star’s position as one of the most important artists in hip hop right now, landing him within the top five of the Billboard 200 thanks to 62,000 first-week album equivalent units sold. His previous effort, 2019’s True 2 Myself, sold 45,000 units its first week, subsequently landing Tjay a well-deserved Platinum plaque.

Over the past weekend, Lil Tjay followed his Gold certified album with a new single titled “Forever In My Heart,” an ADELSO-produced cut that pays tribute to Esmerlyn “Smelly” Toribio, who was tragically killed two days from today (August 14) back in 2016 — he was only 17 years old at the time. Following samples from GIVĒON’s 2020 hit “Heartbreak Anniversary,” Tjay can be heard harmonizing about his emotions over both his fallen friend and the treacherous streets: 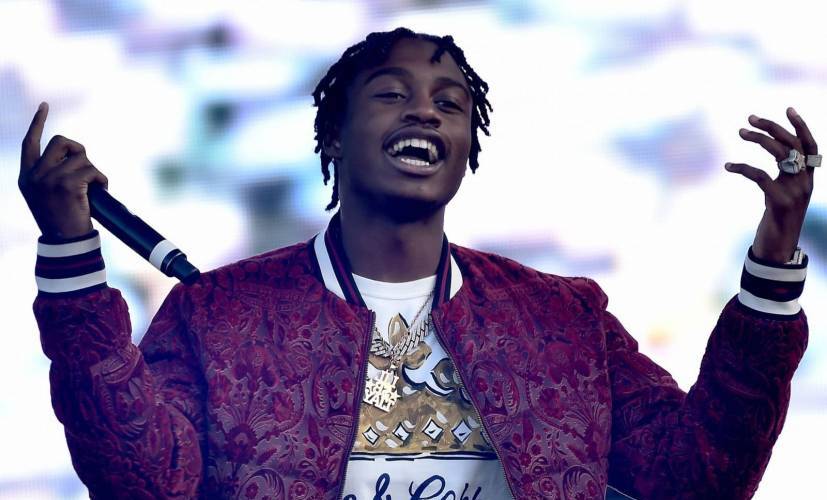 “I can’t even enjoy this fame like I want to, tryna focus but the pain always run through, so much pain, I can’t undo, I don’t even want the fame like I want you, back, strapped up, always gotta keep that shit on me, shoot first, I ain’t tryna go, but a nigga know, God forbid a nigga ever do goI be along side all of my bros, I’m on this Earth and I’m going through pain, stepping through rain but it’s feeling like snow...”

Directed by David Wept, the accompanying clip for “Forever In My Heart” begins with different shots of Toribio in better times. Tjay can then be seen both in black-and-white in a dark room, and in color while walking down an unknown street.

Press play on Lil Tjay’s “Forever In My Heart” below.