BIG30 and Yo Gotti are “Too Official” in new visual

The collaboration is said to be taken from BIG30’s forthcoming release ‘King of Killbranch.’

Memphis is quickly becoming the hottest city in hip hop this year, thanks to older stalwarts like Yo Gotti, Young Dolph, and Juicy J and current frontrunners like Pooh Shiesty, NLE Choppa, and Moneybagg Yo — the last of whom enjoyed some time at the top of the Billboard 200 thanks to his latest album A Gangster’s Pain. Next to join the fray is BIG30, who’s already been building his momentum with singles like “Perc Talk,” “Neighborhood Heroes,” and “Shots Out The Vette.” He’s also contributed show-stealing verses to tracks like Pooh Shiesty’s “Neighbors,” Only The Family’s “Took Down,” and Gucci Mane’s “Shit Crazy.”

This weekend, BIG30 drops off the hard-hitting cut “Too Official,” a collaboration with Yo Gotti that sees them boasting about their respective reputations over production from Yung Dee:

Moneybagg Yo, BIG30, and Pooh Shiesty link up for “SRT” video

“Big blrrrd, ask them why they call me Thirty Shots, ask the opps, go ask them how many this .30 shot, every nigga with me got a glizzy like we sponsor Glocks, never stop for cops, know MPD familiar with my car, know I’m out on bond, but that ain’t got shit to do with my gun, fully automatic, hit the switch, it’s rippin’ through your lungs, free Big Set and free PG off of that murder one...”

Moneybagg Yo and BIG 30 hit the road for “GO!” visual 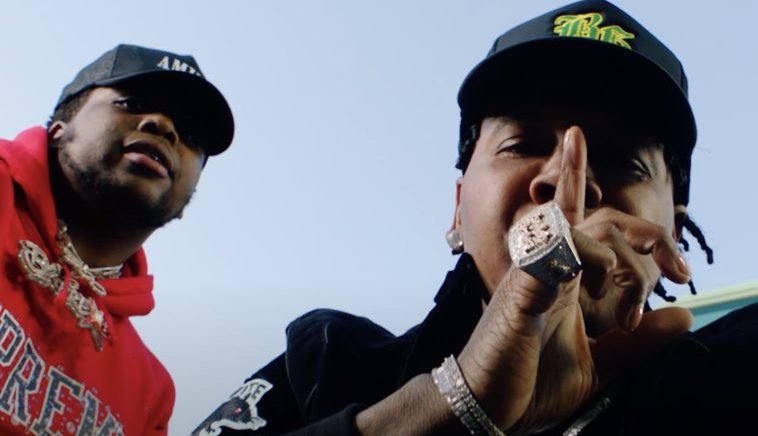 Shot by BenMarc, the accompanying clip for “Too Official” takes us to BIG30’s South Memphis stomping grounds, where he and Yo Gotti mob heavy in a parking lot, do donuts in their high-end cars, and show off endless guns and artillery. BIG30 even makes sure to show love to Shiesty, who’s currently facing some serious legal issues and is currently behind bars.

Press play on BIG30 and Yo Gotti’s “Too Official” below. The track is said to be taken from the forthcoming body of work King of Killbranch, which will hopefully be making landfall sooner than later.