Lakeyah serves up some game in new “Young And Ratchet” visual

The track is taken from Lakeyah’s ‘In Due Time’ project.

Just last month, QC’s very own Lakeyah unleashed her latest body of work In Due Time and has been spoiling fans with consistency in terms of fly visuals. First leading with the lavish “Easy” video, then the Gucci Mane-assisted “Poppin’” cut, then “Too Much,” “Perfect” featuring Yung Bleu, and now the freshly released “Young And Ratchet,” Lakeyah shows no signs of slowing down. While she effortlessly serves up some game on a tennis court, she also finds time to flawlessly deliver bars simultaneously:

Ayy, bitch, I’m young and ratchet, rock high fashion, my Glock 40 Gucci, ayy (Exclusive shit)/ Pussy water, make that n***a book a flight to Tulum (Bad bitch)/ Can’t cash my check up in no bank, my shit too big for that

I wish a pussy ho might play with me, I’m drillin’ that (Ayy, on my mama)/ Bitch, I’m young and ratchet, ayy, all my diamonds flashin’ (Ice, ice)/ I just killed another rap bitch, throw some flowers on the casket, ayy/

Gucci Mane and Lakeyah are “Poppin’” in latest video 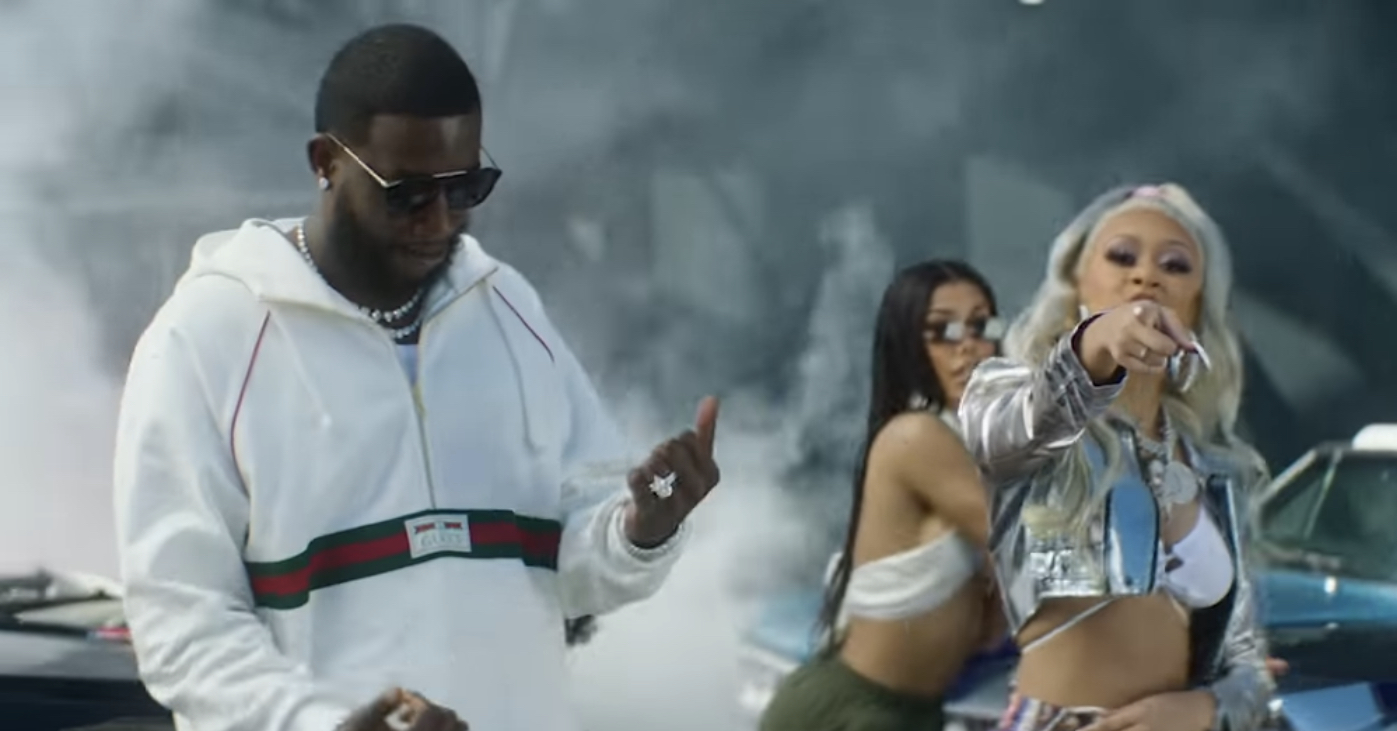 The In Due Time project includes features from Gucci Mane, Yung Bleu, and boasts production credits from names like Hitmaka, OG Parker, G Styles, and multiple cuts handled by Heavy. She’s kept busy this year by consistently releasing music videos to accompany her tracks from her previous project Time’s Up.

Earlier this year, Lakeyah was living lavish in her visual for “Big,” which was a follow up for cuts like “Worst Thing,” “Hit Different,” “Female Goat” and “Pop Out.” Continuing her streak of consistency, Lakeyah has recently dropped off her latest visual from the project for “Basic.” The 10-track body of work includes features from 42 Dugg and Inayah in addition to the City Girls.

Be sure to press play on Layekah’s brand new music video for “Young and Ratchet” from her In Due Time project down below.