CurrenSy heads to the garage for “Closing Date” video

The track can be found on his latest project ‘Collection Agency.’

This past weekend, Curren$y dropped off his latest project Collection Agency, which sees 10 new tracks from the New Orleans legend and a single assist from Larry June. Today, he dropped off a visual from said release for “Closing Date,” a Trauma Tone-produced effort that sees him continuing his Jet Life esthetic:

“I just got the keys to a closed down grocery store, we parkin’ cars in it, we stars, really gettin’ it, you fools bore us, really, I’m sittin’ and listenin’ to my engine, it sounds strong, isn’t it?/

The clip comes courtesy of Yuset Pozo and features one of Curren$y greatest treasures — a warehouse lot full of old-school classic cars. In addition to some marijuana shots, the hip hop veteran can also be seen rapping from in front of a Corvette that was apparently used as a pace car during the Indianapolis 500.

Last year saw Curren$y releasing a more than healthy amount of projects, many of which were collaborative offerings with others artists or producers — including The Tonite Show with Curren$y with DJ Fresh, Spring Clean with Fuse, and The Green Tape with Cardo. He and Harry Fraud created plenty of magic together as well — The OutRunners, The Director’s Cut, and Bonus Footage provided some of the best tunes of 2020 alone.

In a past interview with REVOLT, Curren$y spoke on how he’s managed to continue recording so much during COVID-19:

Jermaine Dupri reacts to new Curren$y song named after him 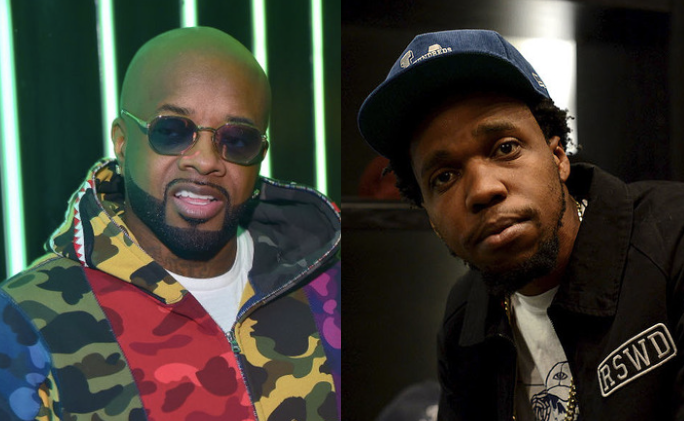 “I already wasn’t bringing hella motherf**kers to the studio. We got a cool cabana studio kind of setup at the Jet Life Studio. There’s a swimming pool outside. If I do have someone pull up, they don’t have to be right by me. People are doing their thing outside. But, we only hang with each other, anyways. We know we’re aight. We all staying tight.”