In this installment of “Studio Sessions,” the rapper explains what song of his could end any blog era Verzuz battle, how he surprised Harry Fraud with ‘The OutRunners,’ and how his son changed the way he records. Read here.

For the last 12 years, few Black artists have been as consistent as Curren$y. From dominating blogs to amassing millions of followers, the Jet Life founder has lived a rap life that’s afforded him luxuries you can only achieve through respect.

“As [Rick Ross] said in his [‘Mugello Road’] verse, he gets six figures a verse, but he’ll never charge a true G. I got all of them motherf**king verses for free. How true of a G must I be? I must be one of the G-est motherf**kers Rick Ross ever laid his eyes on,” Curren$y told REVOLT.

In this installment of “Studio Sessions,” the rapper explains what song of his could end any blog era Verzuz battle, how he surprised Harry Fraud with The OutRunners, and how his son changed the way he records. Read below. 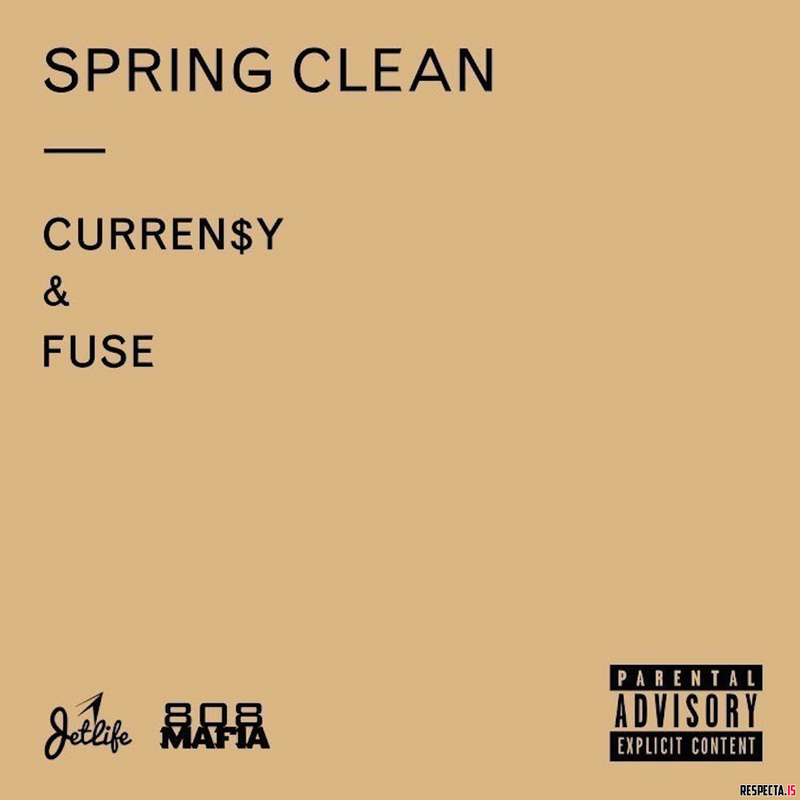 “Gold and Chrome” has been my favorite record recently. How did that song come about?

We finished the tape and then I told Harry to send me a few more beats because I feel like we needed one more song. That was the first of the three or four beats he sent. When I pulled it up in the studio listening to it, I was imagining the song going a different way. Once I started writing, it went the way it went and I’m glad it did. I very rarely open up that much. I never really put what’s going on in my house or in my mind — to that extent — on records. But, I’m glad that happened.

You speak the most openly about your son on that song. How has the birth of your first child affected your recording?

The project came out on July 24 and you were speaking about the NBA playing in bio-domes. When did you make this project?

I did the album on Sunday [July 19] and we held it for a week. I did “Gold and Chrome” on Wednesday [July 22] and the album came out Friday. It’s really not that hard.

Wait, you said you did the album on Sunday. Did you record the majority of it in one day?

I wrote and recorded eight records on Sunday. I did “Gold and Chrome” on Wednesday and on Wednesday night, I asked Rick Ross if he could put a verse on “Mugello Road” and I had it back the next day.

When did you decide to do The OutRunners with Harry?

He didn’t know it was going to happen. He sends me beats throughout...life. Sometimes he’ll send me three beats. Sometimes he may send me four, five or eight. I don’t know when I’m going to listen to them. I just happened to pull it up Sunday and those were the first eight beats. That’s how we do. He didn’t know. I hit him like, “Here we go. We have a project.” If he doesn’t come out in a day like that, I don’t f**k with it because then it feels like work. The whole point of this s**t is it’s fun and you really don’t feel like you’re working. I like people to tell me how hard I’m working because it doesn’t feel like I’m working. 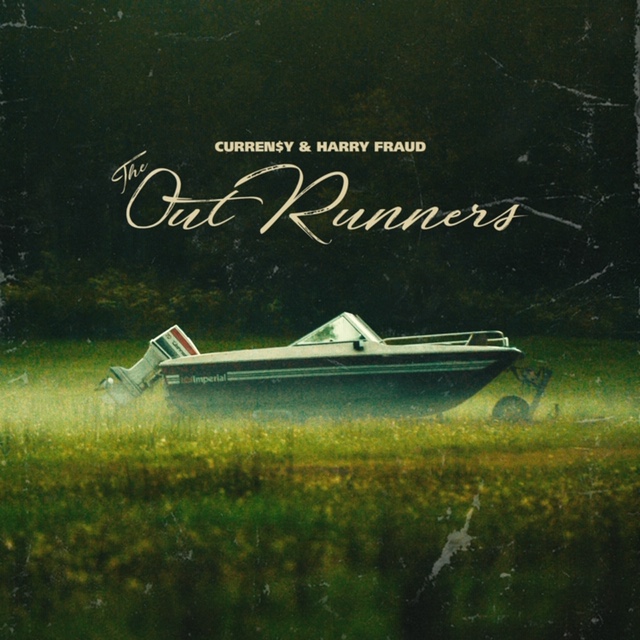 Harry Fraud: This is how we’ve only ever worked; in big bursts. With Cigarette Boats, those were the first five beats I played Spitta in my life. We’ve always worked like that. I was asleep and woke up around 4:30 in the morning. I saw he tweeted, texted, or FaceTimed me, so I hit him back. By that time, he’s already back at the house and he said, “It’s too late.”

Curren$y: (Laughs) Yep, by the time he called that s**t was done.

I fuck up err now and then.... but I fix that shit fast and get back on the gas..... #theoutrunners

You mentioned how you got a Rick Ross verse in 24 hours. That’s a high level of respect.

I get them ones. Plus, as he said in his verse, he gets six figures a verse, but he’ll never charge a true G. I got all of them motherf**king verses for free. How true of a G must I be? I must be one of the G-est motherf**kers Rick Ross ever laid his eyes on (laughs).

How does it feel to have that respect?

It means a lot to me. Looking at the tracklist for this project, this s**t would’ve broken some artists’ budgets. Not to mention, telling people to stop what they’re doing last minute. Do you know how expensive everybody’s time is?

What strain were you smoking making The OutRunners?

Andretti OG, which is my own strain, and London Pound Cake, which is Berner’s strain.

Do you remember projects by which strains you smoked?

The only other I remember is the first time I ever smoked Girl Scout Cookies was when I recorded Covert Coup with Alchemist (2011) and Berner brought it through. DZA and I did our song from Covert Coup (“Life Instructions”) after that. 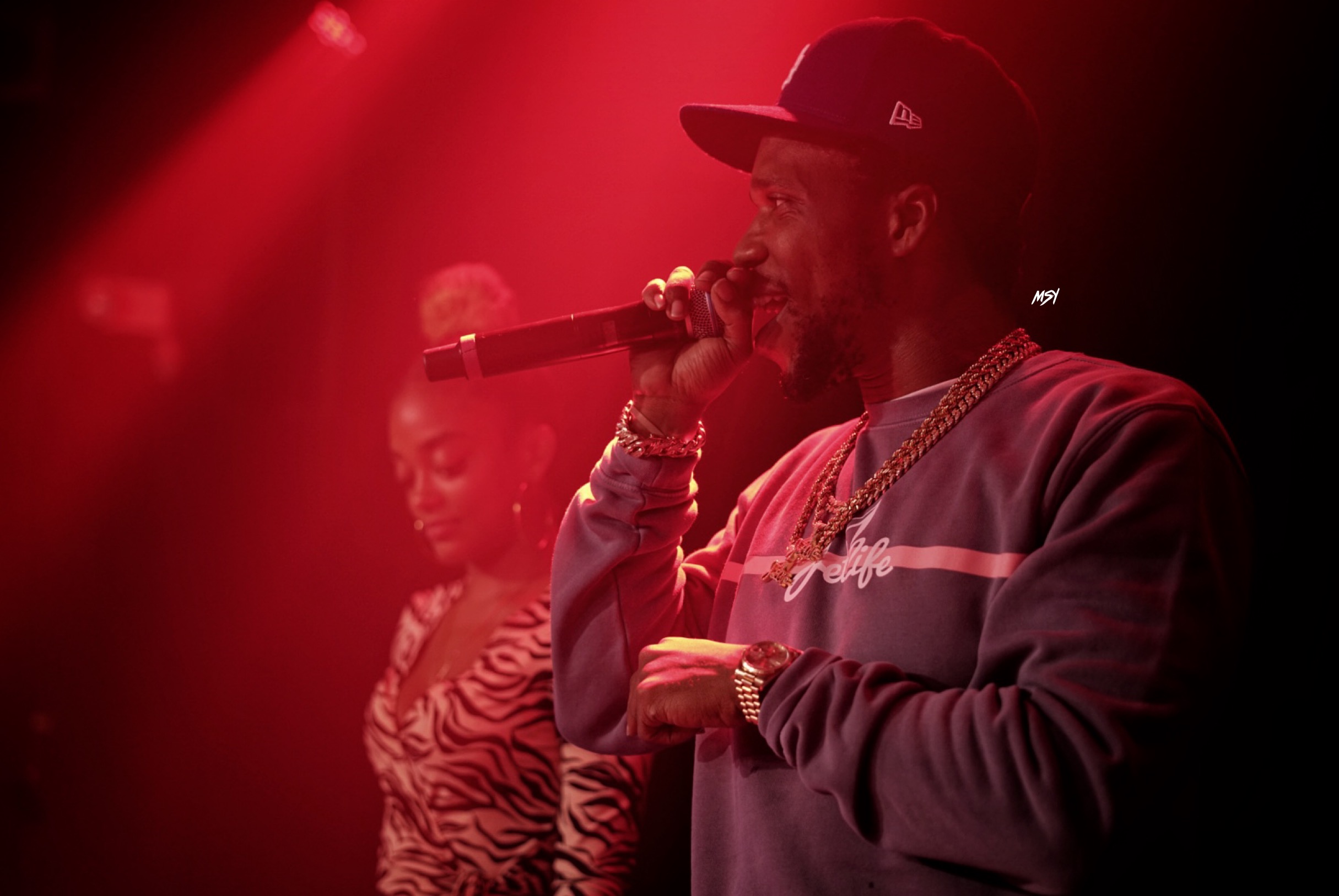 How has recording been during this pandemic?

I already wasn’t bringing hella motherf**kers to the studio. We got a cool cabana studio kind of setup at the Jet Life Studio. There’s a swimming pool outside. If I do have someone pull up, they don’t have to be right by me. People are doing their thing outside. But, we only hang with each other, anyways. We know we’re aight. We all staying tight.

The first time I heard you was on the song “Grown Man” from Lil Wayne’s Tha Carter II. The year 2020 marks the 15th anniversary of that album. What do you remember about that time?

During Tha Carter II, people were beginning to take him seriously. I was in a good position because I was a person he took seriously. I’m in the album artwork because in his mind, “The next thing is you.” You don’t know what’s coming, but I was on the schedule as he was on the schedule. He was part of the machine that was the frontrunner. Mine was sort of a back burner thing, but not to him. In his heart, I was the most important thing to do. But, as far as the label and Universal, they were like, “Nah, we have to feed the beast of growing popularity for Lil Wayne.” I was like, “Bruh, you have to do that and I have to go do this.” I couldn’t wait, I had to go do my thing.

Was there one session in your career that really wowed you?

Pharrell played me JAY-Z’s “Blue Magic.” I’m sitting there thinking, “Who does this dude think I am?” Clearly Pharrell is on mushrooms and he thinks I’m Malice or somebody. He just banged the s**t out in the studio in L.A. He was like, “Check this out.” It wasn’t even my session. I was with my skating homie Terry Kennedy. He’s in there with Nelly. Nelly was talking about some s**t that was in the parking lot, and I happened to have seen it too because I was with Lil Wayne and them at the time. We had a conversation about that at that time. Then, I don’t know, Pharrell must’ve thought, “This dude’s cool.” 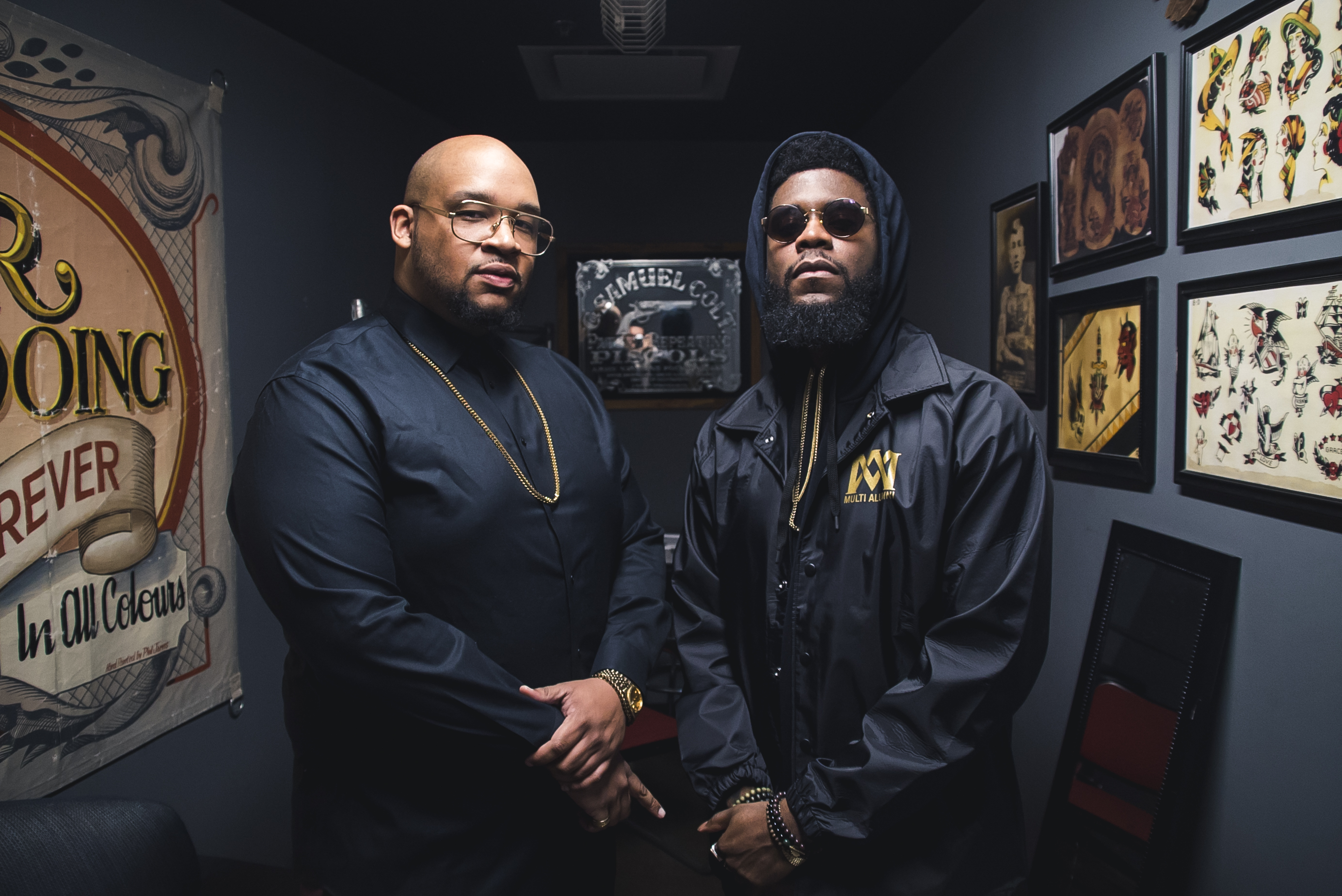 What have you gotten better at recording-wise over the last 12 years?

The s**t we recording on is better. I used to lay one main track, and then go back and lay another track to match it. I wouldn’t do ad-libs. I would do three or four tracks and I would sound like a robot.

Harry: That was that sound back then (laughs).

We’ve been having these VERZUZ battles lately, and I think we need to have a blog era one where artists only play songs they put out during 2007-2011. Who would you want to go against?

I don’t know who I would want to go against, but if I had to represent my time with a record that I think would take us through it, it would be “Car Service” with Wiz [Khalifa] and I. No disrespect to anybody, but if they love themselves, they have to keep it real. I would play “Car Service” and kick the speaker over. Invoice me for whatever we broke, I’m out of here.