Eve and Brandy get into a “Rap Battle” on “Queens”

Fans can also check out a new visual from the ABC series for “Girls Gonna Run That.”

Last month saw the premiere of ABC’s hip hop musical series “Queens,” which sees Eve, Brandy, Naturi Naughton, and Nadine Velazquez become the fictional group Nasty Bitches, a hip hop group from the 90’s who reunite for a second chance at fame. As such, the show continues to spawn new music from the group, along with matching videos that feature special moments from each episode.

To date, we’ve received “Nasty Girl,” “The Introduction” “Hear Me,” “Wrecking Ball,” and — most recently — “Heart of Queens,” a collaboration with rapper and “Queens” costar Cam’ron. Yesterday, those tuned in were able to check out Eve and Brandy’s characters get into an actual rap battle, delivering scathing lines towards each other over instrumentals for Cam’ron’s “Oh Boy,” Mobb Deep’s “Quiet Storm,” and Black Rob’s “Whoa”: 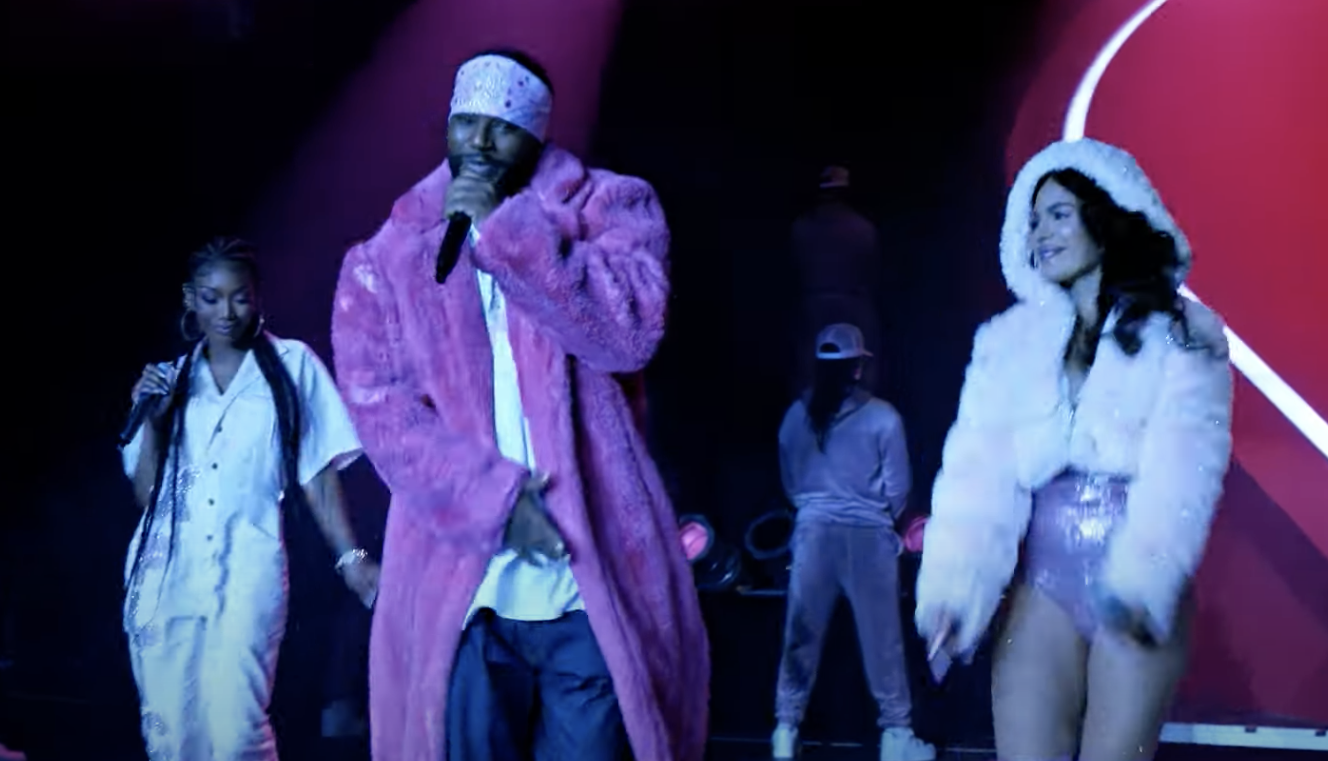 “This ain’t milli vanilli, you think we your puppets, that’s the difference, we tryna have our own voice heard, but you ain’t listening, you so high on your pedestal, thinking you got control of what you let us do, my pen is equally incredible, I’m not just looks, i’m not your pretty lil ornament, it’s like Miyagi versus Daniel in the tournament...”

In addition to a visual for “Rap Battle” that sees Xplicit Lyrics and Professor Sex going at it while Naughton and Velazquez’s Jill Da Thrill and Butter Pecan look on, fans can also check out another for “Girls Gonna Run That,” which sees the quartet in the studio pouring their hearts out while footage of more emotionally charged times within the fictional world play throughout:

“A broken home couldn’t break me, money happiness on the surface short changed me, you thought it woulda changed me, pretty girl insecure no mirror could save me, now I’m wit a bunch of queens look at what it made me...”

Check out both “Rap Battle” and “Wrecking Ball” below.