The d.a. got that dope-produced effort also acts as the B-side to “Last One Standing.”

Currently, moviegoers are heading into theaters to see Venom: Let There be Carnage, the sequel to 2018’s Venom. In fact, the film earned $90 million domestically over the past weekend, which stands as the current victor since the pandemic arrived.

As with most movies, fans were also able to check out some new music in promotion of Venom 2 — specifically, Skylar Grey, Polo G, Mozzy, and Eminem’s “Last One Standing.” Today (Oct. 5), we all get to check out that posse cut’s B-Side — a remix of Eminem’s 2018 standout “Venom,” which served as both a single from his tenth studio LP Kamikaze and the official theme song for the superhero flick of the same name. This go ‘round, the d.a. got that dope-produced effort sees some altered production and vocal changes, although the subject matter remains the same:

Eminem serves pasta to customers during his restaurant’s opening 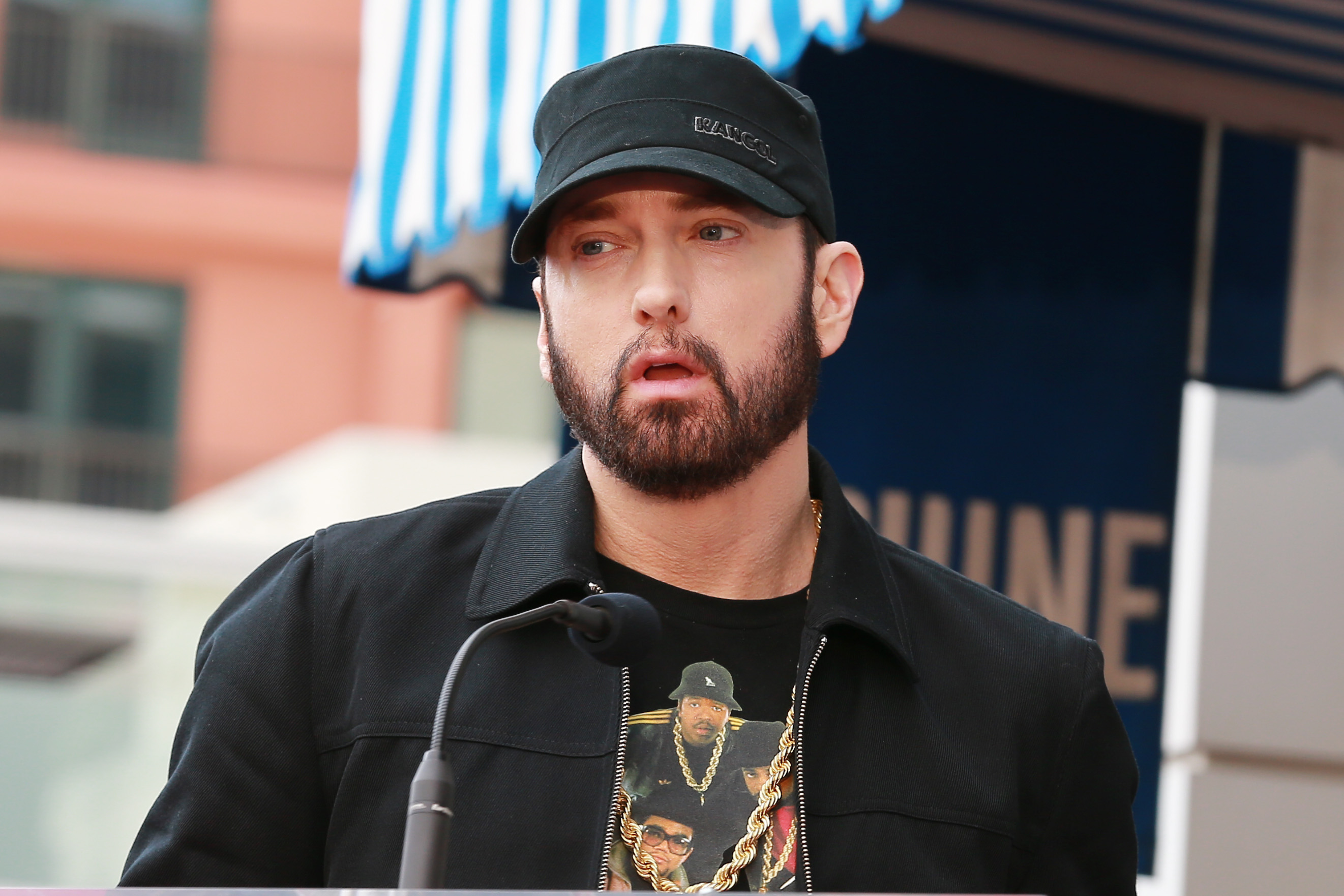 “Knock knock, let the devil in, manevolent as I’ve ever been, head is spinnin’, this medicine’s screamin’, ‘L-L-L-Let us in!’ L-L-L-Like a salad bowl, Edgar Allan Poe, bedridden, shoulda been dead a long time ago, liquid Tylenol, gelatins, think my skeleton’s meltin’, wicked, I get all high when I think I’ve smelled the scent, of elephant manure—hell, I meant Kahlúa, screw it, to hell with it, I went through hell with accelerants...”

“Venom (Remix)” and “Last One Standing” follows Eminem’s show-stealing appearance on Nas’ King’s Disease II single “EPMD 2.” His last full-length album, Music to Be Murdered By, made landfall at the top of last year with 20 songs and contributions from Young M.A, Royce da 5’9”, Ed Sheeran, Juice WRLD, Black Thought, Q-Tip, Anderson .Paak, Don Toliver, and more. He closed out 2020 with a Side B to Music to Be Murdered By, which added on 16 additional tracks and collaborations alongside the likes of DJ Premier, Ty Dolla $ign, and Dr. Dre.