The track is from the upcoming ‘Slime Language 2’ project.

Yak Gotti and Sheck Wes have teamed up with Yung Kayo on “GFU,” the second single from Slime Language 2. The official music video was paired with its release, a visualization of the title which stands for “Get Fucked Up.” On the track, Yak Gotti takes care of the opening verse by sliding over some Taurus production:

I cannot be saved, I’m back in LA. They prey on the weak. N***as be thinkin’ I got this shit made. But I sacrificed a lot of them days./ Fuck that, at all of my shows, I want rage. Dive in the crowd, you know, catch me./ Then I go to the back of the stage. Jump and rip your shit out just like a page./ We ain’t like your nigga ‘cause my niggas paid. This shit too low Taurus, turn up the bass. Take you a shot to the head, to the face. 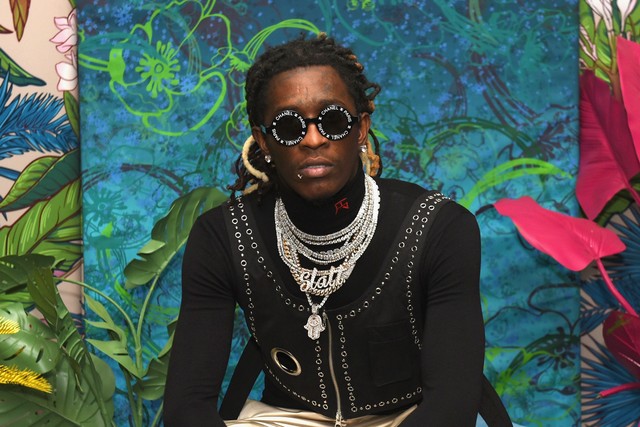 Earlier this week, Young Thug fans everywhere got hyped when Thugger released the official cover art and release date for his next drop. He didn’t offer much else in terms of specifics, so before there were any further details, many fans were convinced the release would be Slime Language 2, and they had pretty good reasons to think so. Gunna first teased a taste of Super Slimey 2 last May, saying “I think we either gonna put out Slime Language 2 or it’s gonna be the Super Slimey Surfer Edition.” In August, Thug announced a release date and then later on deleted the tweet. In October, he held a release party for a project and didn’t confirm any release date. However, all the hope was put to rest the following day with Young Thug posting on Instagram clarifying a single would be releasing on the 29th.

Established in 2016, Young Stoner Life Records’ CEO Young Thug carefully curated talent that is “evenly distributed throughout the label like the scales of a snake.” With Thug at the head of the snake; Gunna, Lil Duke, Lil Keed, T-Shyne, Yak Gotti, Karlae, Yung Kayo, Strick and more make up the underbelly.

Be sure to press play on “GFU” by Yak Gotti, Sheck Wes, and Yung Kayo down below.