The ‘LUCKY 7’ collaboration isn’t to be confused with a 2018 single of the same name.

Currently, Rich The Kid is said to be gearing up for the release of his new project LUCKY 7, and has already blessed his fans with cuts like “Split,” “Right,” and “So Heartless.” Today, he drops off another dope single titled “Nasty,” which features Mulatto, Flo Milli, and Rubi Rose. Produced by Buddah Bless, the track takes an even more adult route than a 2018 single of the same name, much in part thanks to Rich The Kid’s collaborators:

“She gon’ do it with no hands, she gon’ hop right on thе dick and do a dance, lil’ bitch so freaky, she gon’ suck mе out my pants, drop the pussy on me like a bomb, the taliban/ 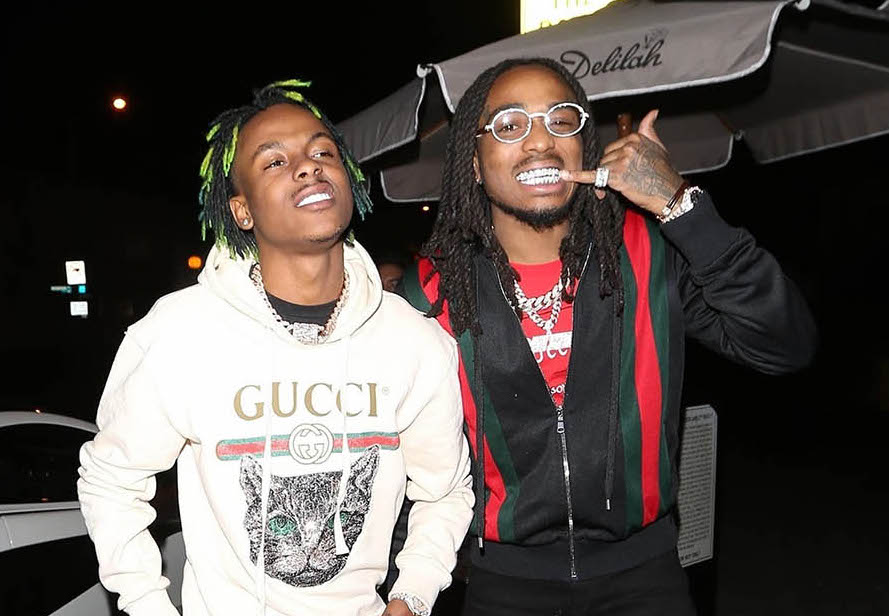 Hit it from the back and then she suck it, make it nasty, she so nasty.../”

Upon its release, LUCKY 7 will follow Rich The Kid’s third studio album BOSS MAN, which was released in 2020 and saw assists from the likes of Lil Baby, Future, DaBaby, Nicki Minaj, Post Malone, Lil Tjay, and Quavo over 20 tracks. In the same year, the Rich Forever CEO connected with past collaborator YoungBoy Never Broke Again for the joint effort Nobody Safe, a 15-track body of work that features additional assists from Rod Wave, Lil Wayne, and Quando Rondo.

Last month, Rich The Kid took to Instagram Live to record himself being removed from a plane on accusations related to marijuana — something that he not only denied, but also felt is a front for actual discrimination:

“You’re going to racially discriminate me? ... She’s trying to tell me I smoke like marijuana. I don’t even smoke marijuana, woman. I don’t smoke! ... I’m very rich. If you didn’t know that, I am a very rich guy. My lawyer will be contacting you.”

Press play on “Nasty” below.