The clip follows her cameo appearance for Cardi B and Megan Thee Stallion’s “WAP.”

Currently, the world is fixated on Cardi B and Megan Thee Stallion’s new video for their adults-only collaboration “WAP,” which is also notable for its many cameos of fellow queens like Normani and Mulatto. Rising star Rubi Rose also made an appearance in the viral clip, which is sure to raise her already increasing profile. Looking to keep the momentum going, Rose has now liberated a new visual of her own for “He In His Feelings,” a JayUncut and Yung Roamin-produced offering that sees her rapping about an overzealous boyfriend:

“He in his feelings, he call me to tell me it’s over again, he sending money again, n***a a dummy again, he think I won’t play him again/

If I did it once, I’ma do it again, he comin’ right over again, he gotta come f*** me again, he back in his feelings, he calling me just to come tell me it’s over again.../” 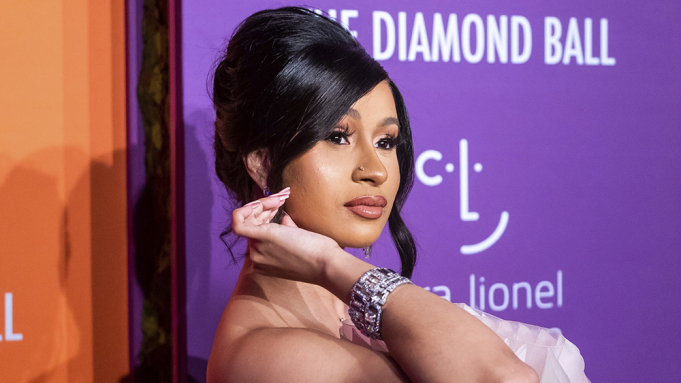 The visual is directed by Damian Sandoval and pulls out all the stops worthy of a top-tier artist, with sees Rubi Rose walking around the courtyard of a massive estate while her presumed staff looks on. She can also be seen at night, performing the track in front of her Rolls-Royce Phantom — letting all who see it how different she is from the rest.

“He In His Feelings” follows a slew of dope cuts from the Kentucky-born artist, including “Big Mouth,” “Pretty MF,” “BIG,” and the NLE Choppa and Yella Beezy-assisted “Hit Yo Dance.” The aforementioned “WAP” isn’t Rose’s only cameo feature, either — she’s also made appearances in visuals for “Raury’s “Cigarette Song,” Migos’ number one single “Bad & Boujee,” and more.

Fans can press play on Rubi Rose’s “He In His Feelings” clip below. Hopefully, a full-length release is in the near future.