For his S/S 2022 collection, Virgil set out to do something unprecedented in the history of Louis Vuitton.

What’s up everybody? I’m Legendary Lade and this week on Kickin’ Facts, I’m giving y’all a follow-up look at the Nike and Louis Vuitton AF1 collaboration by Virgil Abloh. Earlier this year, I reviewed a pair of the LV AF1s that was being gifted to friends and family. But, now as we’re getting close to the global release of all 47 bespoke pairs, we finally get to see the magnitude of how intricate this collaboration is.

For his S/S 2022 collection, Virgil set out to do something unprecedented in the history of Louis Vuitton. After being heavily inspired by the history and lasting power of the AF1 in fashion culture, he set to remix pairs in a way that only he could. The result is 47 unique pairs that feature the classic AF1 silhouette fused with luxurious materials such as leather, crocodile, faux fur, PVC, and more. 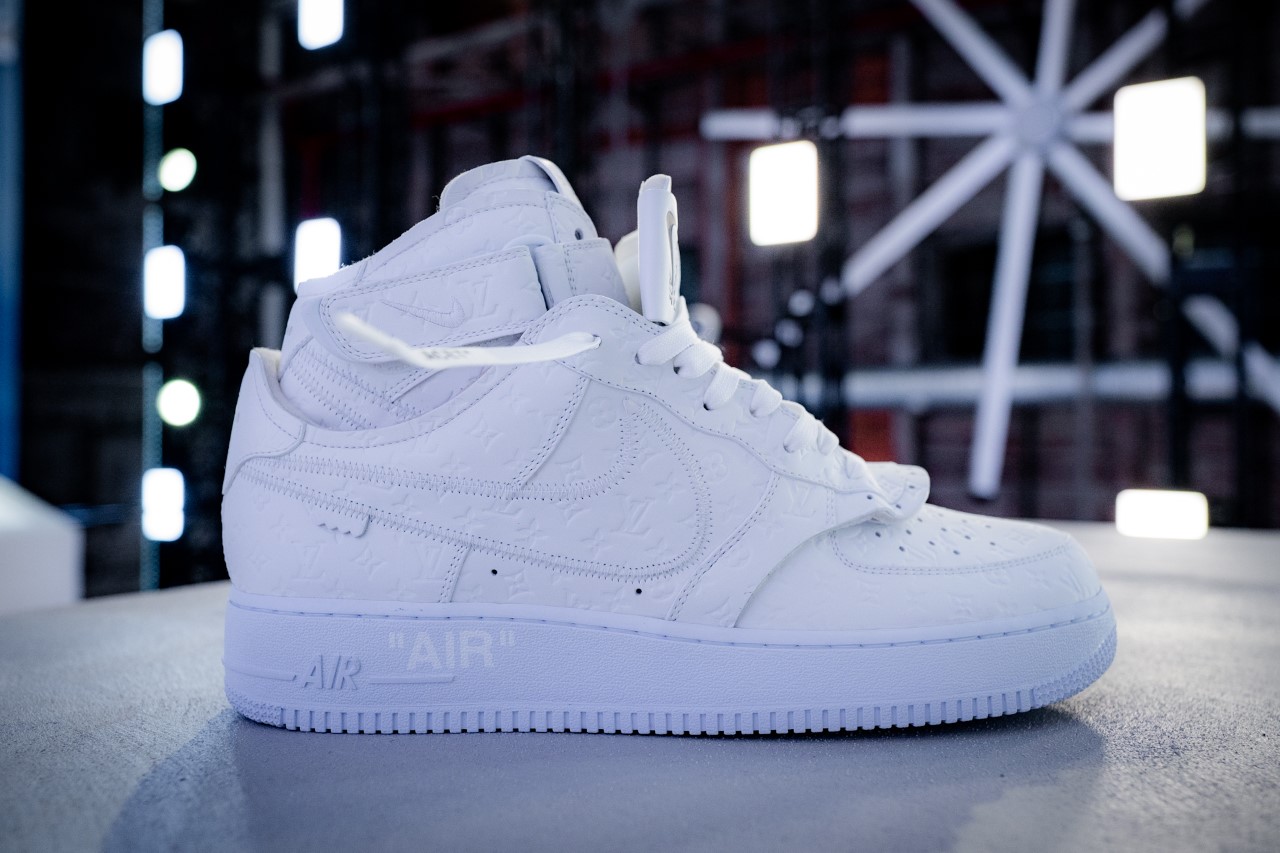 To celebrate the collaboration, Louis Vuitton and Nike debuted an exhibition taking place at the Greenpoint Terminal Warehouse in Brooklyn, New York from May 21-31. The exhibition, which is open to the public, showcases each of the 47 limited-edition creations in physical and virtual form in immersive spaces that reflect the designer’s process of creation and presentation. Upon entry, you are given a notecard that displays all 47 pairs of sneakers. From there, you can find your way around the space looking at each one and eventually land on a treehouse-like work environment that mirrors Virgil’s creative space.

Upstairs in that treehouse is a DJ set, more exclusive pairs, and a bulletin board which serves as the mood board of inspiration behind the AF1 collab. Popular “Ablohisms” are strewn throughout the exhibit, as well. Quotes like, “WHO DID IT FIRST?” “WHERE DID THEY GET THE IDEA?” “IS IT NEW?” are mixed in with “ARE YOU A TOURIST OR A PURIST?” — challenging you to think about rarefied spaces that were so often closed to young creatives that Virgil sought to open tirelessly. Covering every style from understated to outright gaudy, there is an AF1 for everyone. My favorite pair changes every time I look at the notecard. But, in person, I loved the all-gold PVC pair with the chocolate brown sole that reminded me of the PVC limited edition monogram luggage that Louis Vuitton first released years ago that was re-imagined in silver by Virgil in his F/W 2021 collection. The suede monogram all-black pair in low-top and mid-top also stood out to me. The most intricate pairs however are the mid-top pairs that feature the low-top AF1 base with an attached base from a mid-top AF1 sneaker. Almost like two sneakers in one. This only leaves one question for us to ponder: Did Virgil dislike the hightop AF1s? What are your thoughts on all the pairs? Which one would you select?

The Louis Vuitton and Nike “Air Force 1” by Virgil Abloh are slated to be released by invitation only with prices starting at $2500 for a low-top pair.