Casanova and Snoop Dogg team up on “211”

The track reimagines a Snoop and Dr. Dre classic.

Despite current legal issues, Casanova isn’t letting negativity stop his forward movement. This week, he reveals a new single titled “211,” which features assistance from west coast OG Snoop Dogg and production from Freshbeatz. The dark, creeping track reimagines the classic Dr. Dre and Snoop classic “Deep Cover,” which was created for the 1992 film of the same name:

I H to the deuce, I told them, ‘suck my dick,’ when I was locked up he tried to, fuck my bitch, I took a step back, then I bust my grip, I love that fuckin’ gun, all I did was dust my prints/”

The visual comes courtesy of DahDah and continues the “Deep Cover” theme, with Casanova and Snoop Dogg rapping the track in front of a scene that shows the collaborators reenacting other classic hood films. Definitely both a nostalgic feel for G-Funk fans as well as more heat for followers of Casanova’s style of hip hop. Fair warning — a scene or two might not be safe for those of us that are still working during the holiday season.

Last year, Casanova unveiled his debut studio album Behind These Scars, which contained 10 tracks and additional assistance from Giggs, Kaycyy Pluto, Chris Brown, Jeremih, Gunna, Young Thug, and Fabolous. Since then, he’s delivered a slew of visuals — many of which come from the aforementioned release — for “Jail Time,” “So Drippy,” “Knock Knock,” “Whoa,” “In My Hood,” “COVID 19,” “Why You Lie?,” “Stress,” and loads more. Simply put, the Coronavirus pandemic hasn’t slowed Casanova down, either.

Press play on Casanova and Snoop Dogg’s visual for “211” below. 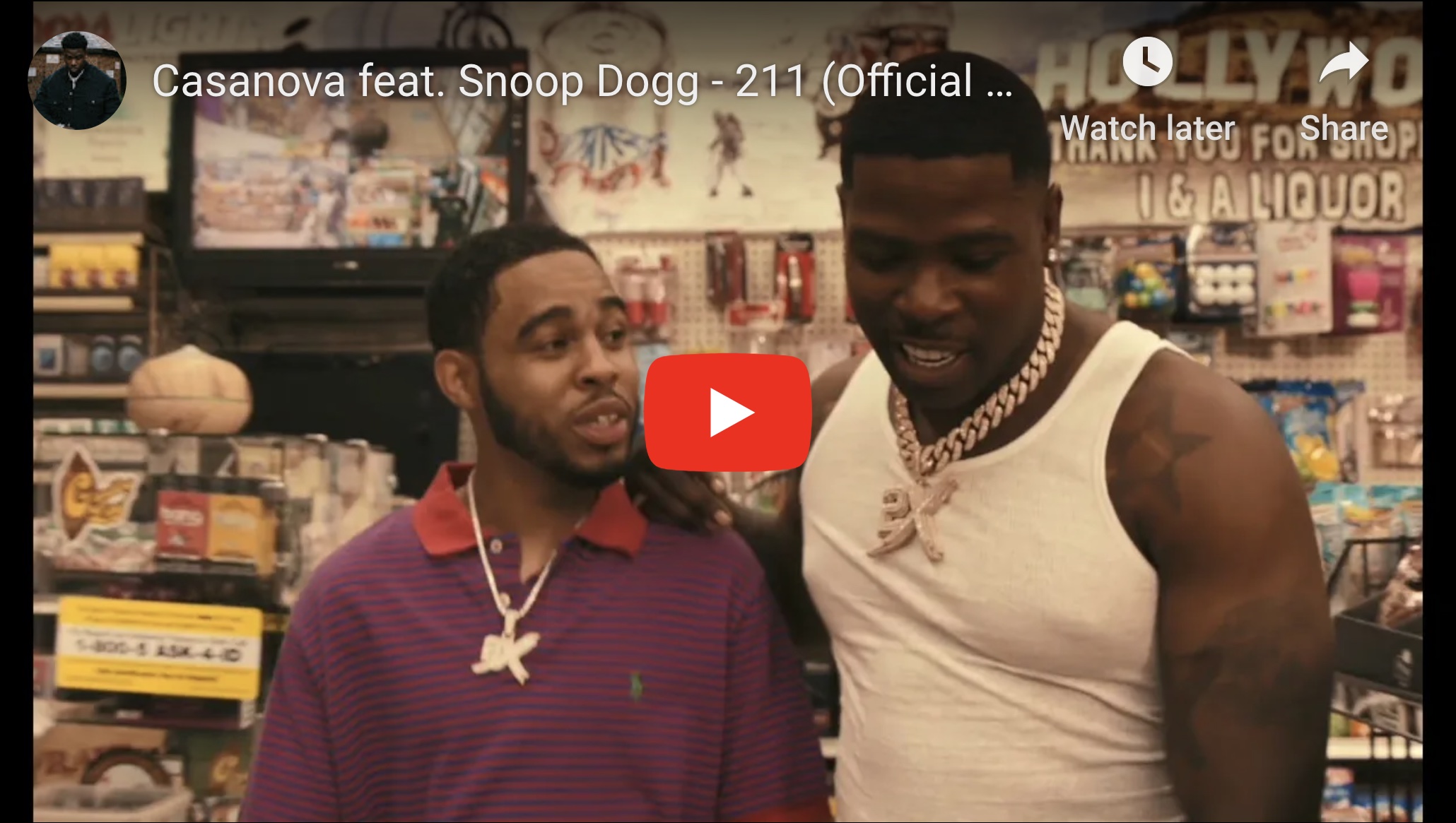