Who’s the King of R&B? While the debate may never end, Verzuz confirmed that Bobby Brown and Keith Sweat are in the top pick.

Who’s the King of R&B? While the debate may never end, it’s sealed that Bobby Brown and Keith Sweat are in the top pick. The two crooners brought the throwback bops and the sex appeal to the Verzuz stage this Thursday (July 1) night. Tonight’s presentation, in partnership with ESSENCE Festival of Culture presented by Coca Cola, featured a soundtrack guided by DJ Cassidy. The opening mix included 1980s and 1990s hits like “Nite and Day” by Al B. Sure!, TLC’s “Baby, Baby, Baby,” Jade’s “Don’t Walk Away,” “I Love Your Smile” by Shanice and much more.

During the opening presentation, Nike aired a Sha’Carri Richardson ad with a message of inspiration and encouragement for all to follow their dreams and embrace their individuality. This was fitting being as how the men of the evening are in similar scenes, yet completely different.

Check out the highlights of the night below!

Bobby Brown and Keith Sweat to battle in next Verzuz 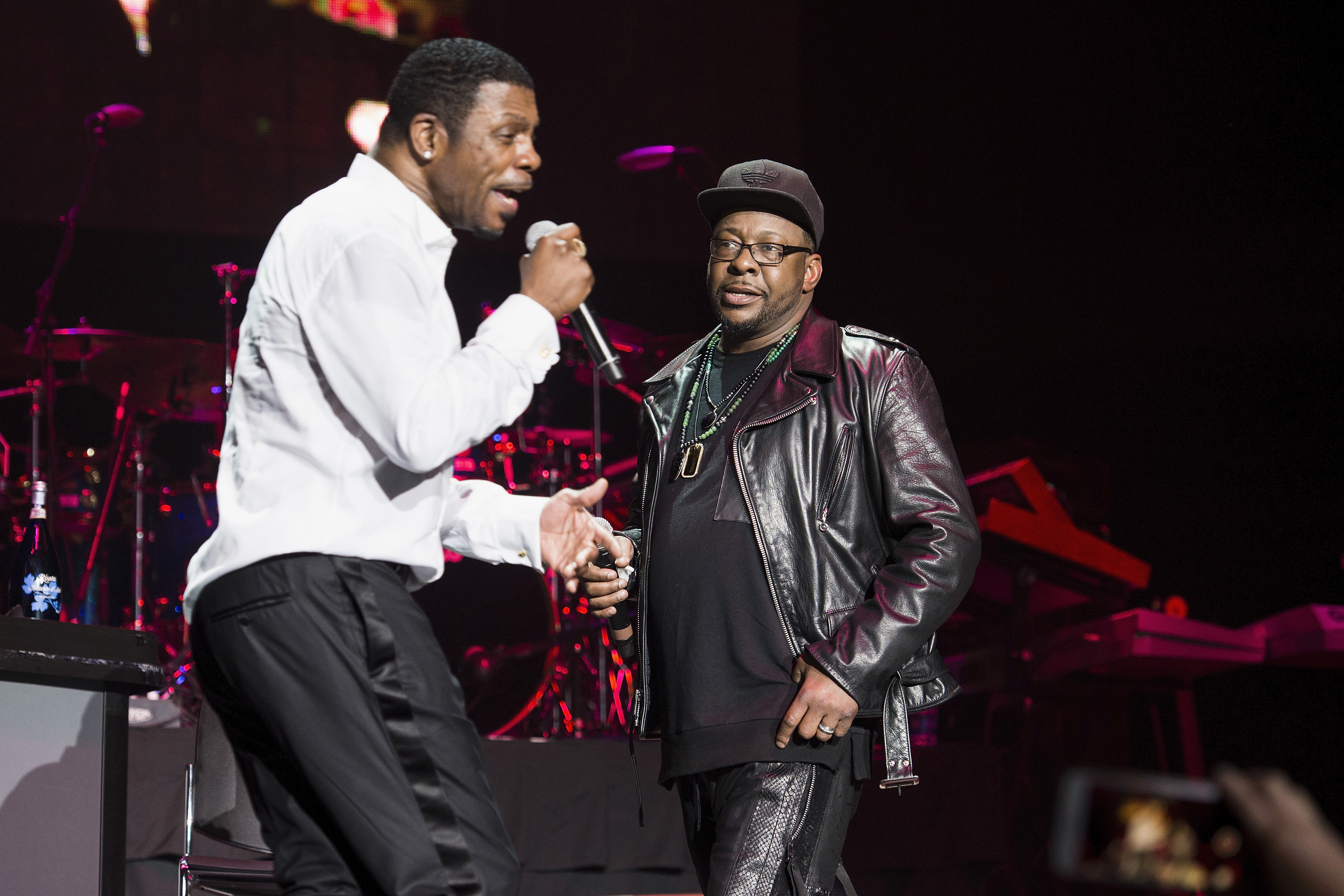 Royalty deserves to be seated upon thrones. While Keith Sweat kept his cool and remained seated in his black leather throne, Bobby Brown jumped up from his seat on his first song “Don’t Be Cruel” to give a full performance — rap included. He even hit the wop before Keith jokingly told him, “Don’t hurt yourself now.”

“I’m going to take a sip of this Ciroc right here. I got to shout out to Puff right here as I do it,” Sweat said as he took a quick swig. “Puff!” Bobby Brown co-signed. Following the intermission, the fellow Harlemite pulled out a sample from Craig Mack’s “Flava In Your Ear (Remix)” as a nod to Diddy before playing “I Want Her.” Then, the late rapper’s words, “I step on stage, girls scream like I’m Keith” played. And in his final acknowledgments, Sweat reflected on picking on the young Sean Combs as an intern at Uptown Records, while celebrating the now-mogul’s accomplishments.

Brown wasn’t there to play fair. He dug in the New Edition bag early to take longtime fans back to when they first fell in love with the original bad boy of R&B. “Mr. Telephone Man” was the first NE song played before Brown followed up with “Jealous Girls.”

4. The Moment of Seduction

Following a quick time travel where everyone talked on corded phones all night, Sweat kept it playa and smooth as he made his way into “How Deep Is Your Love.” While his opponent was struggling to catch his breath, the NY crooner rose to the occasion and commanded the stage with his presence and smooth R&B hands to seduce the live audience and viewers at home. 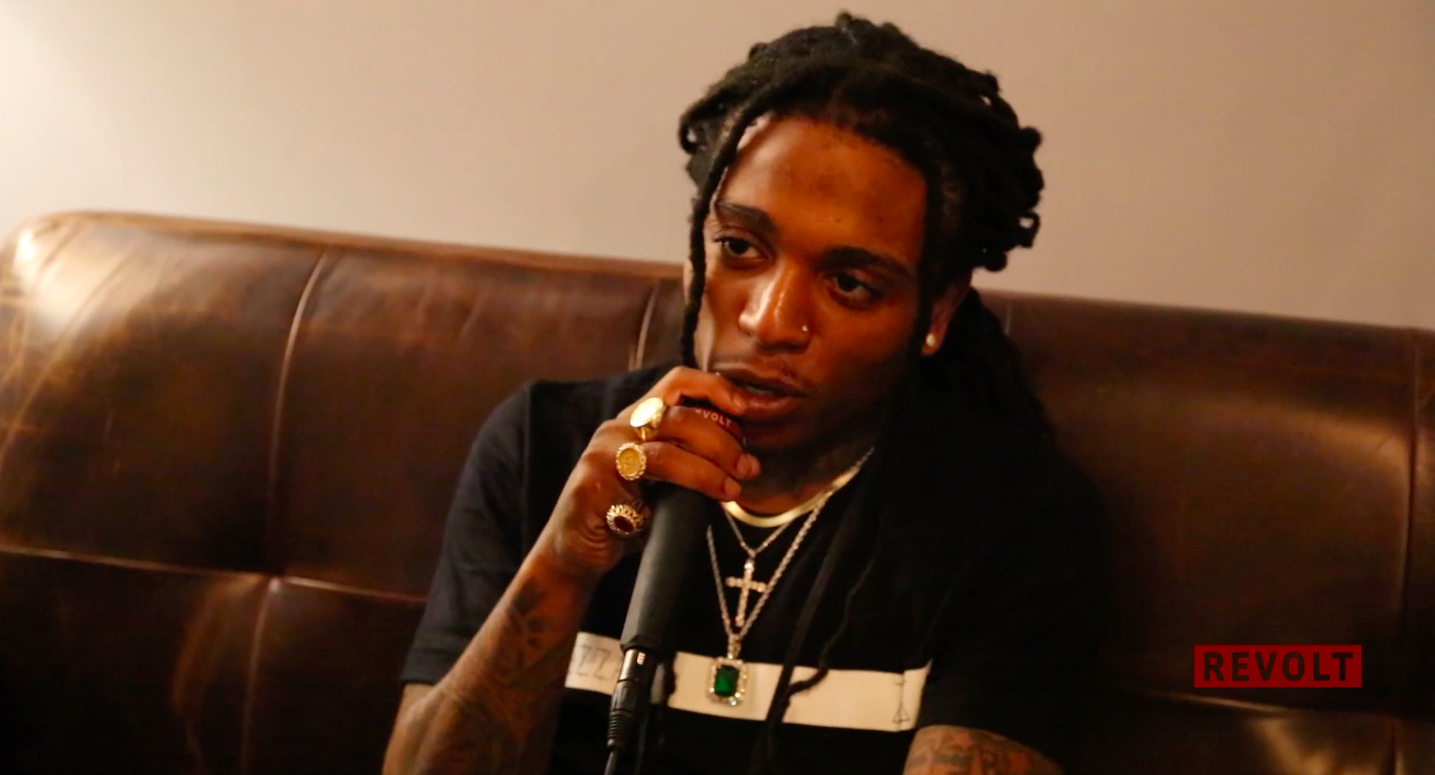 5. Remembering Those We Lost: Whitney Houston and Left Eye

When Sweat pulled out hip hop infused “How Do You Like It,” he honored the late rapper Lisa “Left Eye” Lopez who held down a featured verse on the track. Likewise, Brown could not pull out his greatest hits without including “Something In Common” featuring his then-wife, the late Whitney Houston. As Sweat joined in to sing along, both men paid their respect to The Voice.

6. A Lesson in The Art of Begging

“I’m getting emotional. I love to beg. You know they say I be begging,” Sweat said at the end of “Right and A Wrong.” Bobby Brown chimed in, “Ain’t nothing wrong with begging. Let me see if I can beg.” Then, he dropped New Edition’s “Hit Me Off.” Do you remember that episode of “Family Matters” when they performed this song? A moment! It even inspired a cover from Sweat.

7. The Vocals on Display

Fans took to the IG comments and Twitter timeline to wonder why the music cut just before Sweat’s part in “Get Up On It” featuring 90s girl group Kut Klose. When he proceeded to flex the live vocals, it became fully clear why. Sometimes the OGs have to remind us why they’ve been around for so long — Mr. Sweat’s still got it! Brown did his thing when he sang the hook from Damien Marley’s 2005 “Beautiful.”

Fans were wondering when the pair would return to the stage after announcing a five-minute intermission, but when they reemerged it was well worth the wait. Both stars we were wearing black in the first round, but when they came back, Sweat was wearing a baby blue satin Chinese cut blazer, sans a shirt, white slacks and white leather loafers while “The Kang” had on a red leather button up, some fresh Jordan 5’s and a fitted cap.

112 and Jagged Edge’s Verzuz: The most remarkable moments 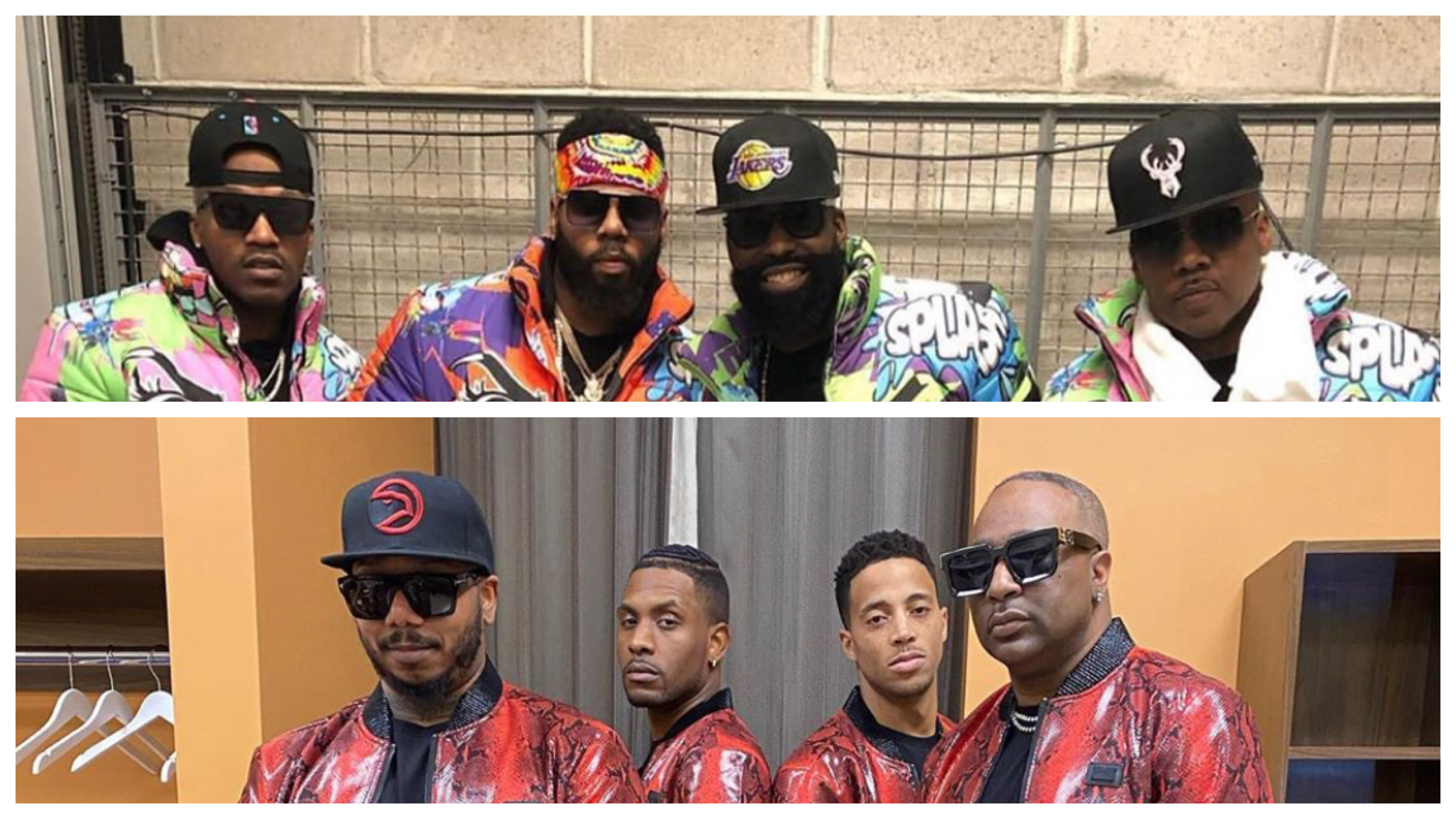 9. From Balladeers to Businessmen

Over the years, both singers have grown their empires through various entrepreneurial pursuits like reality TV to songwriting to online radio programming. So, it was no surprise that they would plug their product lines “Sweat All Night Candles” and Bobby Brown’s BBQ sauce. Boss Talk.

10. Draked Up and Dripped Out

Sweat already proved his pop culture status when he played the 90s sample where his name was mentioned, but then he dug in his new millennium bag and played the line from Drake’s “All Me” when the OVO rapper said, “I’m the light skinned Keith Sweat. I’ma make it last forever,” which served as the perfect segue into the original track. Mind. Blown.

11. The Surprise Ending with Tank and Pleasure P

In an unexpected pop-up, singers Tank and Pleasure P took the stage for an surprise grand finale. Joining in on “Nobody,” Sweat handed the mic to Tank who showed his range with dynamic runs from high notes to lower tones. Meanwhile, Pleasure P got caught up in the spirit and began to sing while facing Tank. In a hilarious moment, the “When We” singer told the Pretty Ricky frontman to, “Sing it to them, don’t sing it to me,” which sent the internet into a collective rolling laughing emoji. The night ended on a high note with Brown performing “My Prerogative” before DJ Cassidy took us home. What an amazing night for R&B, Black culture and Black kings!