Obama’s When We All Vote and James’ More Than A Vote will provide food, entertainment and transportation to those who go to the polls before Election Day.

In 2018, Michelle Obama launched her When We All Vote initiative to help “increase participation in every election and close the race and age voting gap.” Two years later, following the deaths of Breonna Taylor and George Floyd, LeBron James started his More Than A Vote nonprofit to combat Black voter suppression.

With less than three weeks until the 2020 election, the two organizations have joined forces to encourage voters to cast their ballots before Election Day and avoid the longer lines that might form as a result of Coronavirus.

Both voting initiatives will provide early voters in select cities with food, protective equipment, music and information if they make their way to the polls between Oct. 18 - Oct. 31. Targeted cities include Charlotte, North Carolina; Detroit, Michigan; Los Angeles, California and Orlando, Florida. 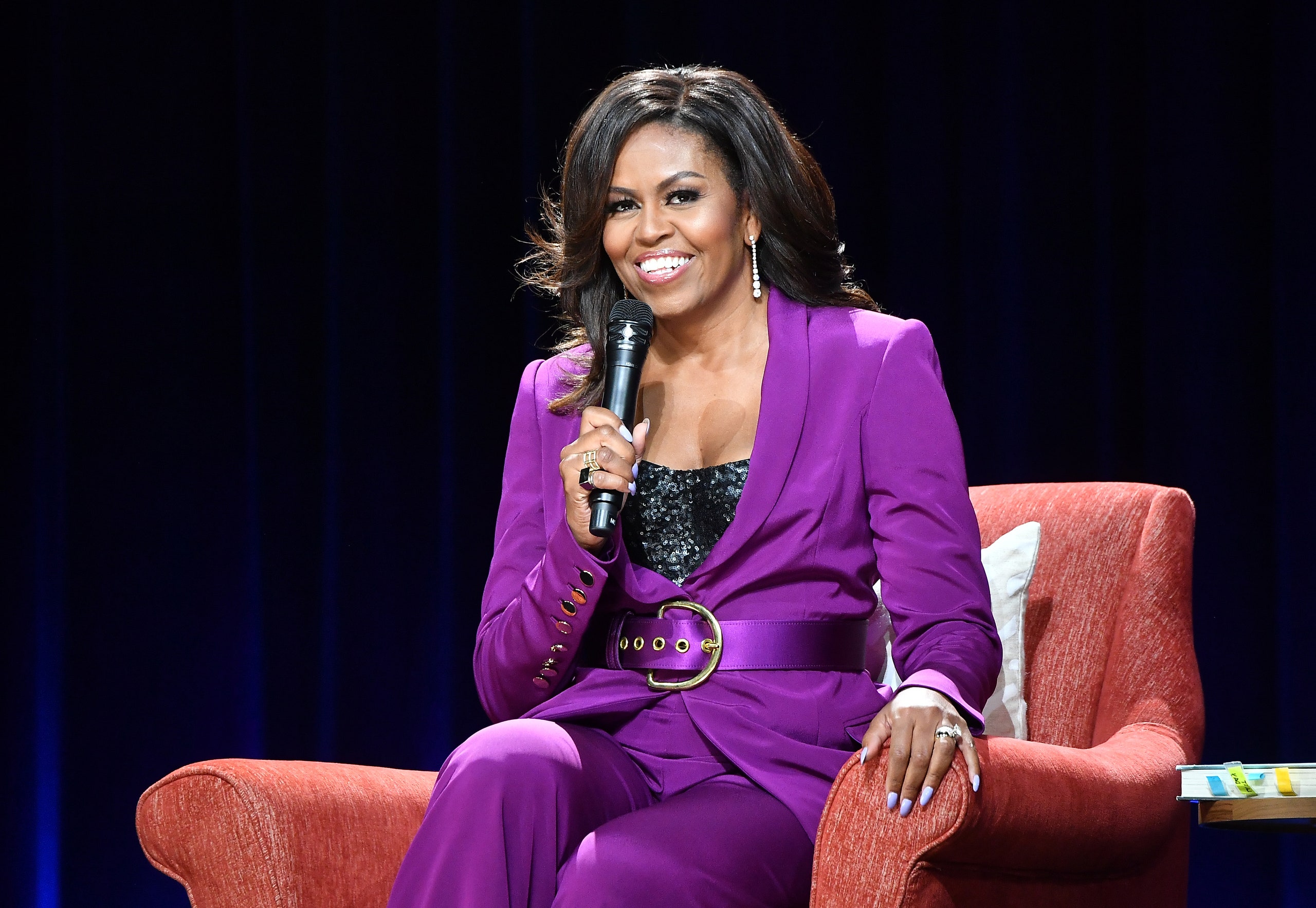 Lyft will provide discounted transportation, and personal protective equipment will be provided. Everyone at the event must abide by CDC’s Coronavirus safety guidelines.

“Millions of Americans have already cast their ballot and with only 21 days until Election Day. Making your plan to vote early is critical,” Obama told the Associated Press. “It’s now up to us to do everything in our power to get our friends and family ready to vote early and safely together. We can’t leave anyone behind. I’m proud of the work When We All Vote will do with More Than A Vote and our partners to help provide on-the-ground support for Americans who will cast their ballots early.”

James has previously spoken about the importance of voting in the election.

“Black people in the community don’t believe that their vote matters,” James said. “We grow up and don’t think that our vote actually matters. It doesn’t. We’ve seen recounts before. We’ve seen our voices be muted our whole lives.”

“My goal is to change that and to educate not only my peers, but their communities as well to let them know that our voice is being heard,” he continued. “Our vote is being counted.”

When We All Vote is currently challenging people to send reminders to friends and family and vote early in the election.

As for More Than A Vote, the organization has recruited over 10,000 poll workers and donated $100,000 to the Florida Rights Restoration Coalition to help former felons restore their voting rights.