In loving memory of Breonna Taylor.

Its been 365 days since the death of Breonna Taylor and not one Louisville police officer has been charged in connection to the murder.

Today, Taylor’s family, friends and hundreds of supporting protesters are gathering in downtown Louisville at Jefferson Square Park to say her name at a rally marking the one year anniversary of her catastrophic death.

Taylor was just 26-years-old when police fatally shot her in her apartment shortly after midnight on March 13, 2020. Three white plainclothes officers — Jonathan Mattingly, Myles Cosgrove, and Brett Hankison — shot 32 bullets as they forced their way into Taylor’s home. Six bullets hit Taylor, who worked as an emergency room technician, and she was pronounced dead at the scene. 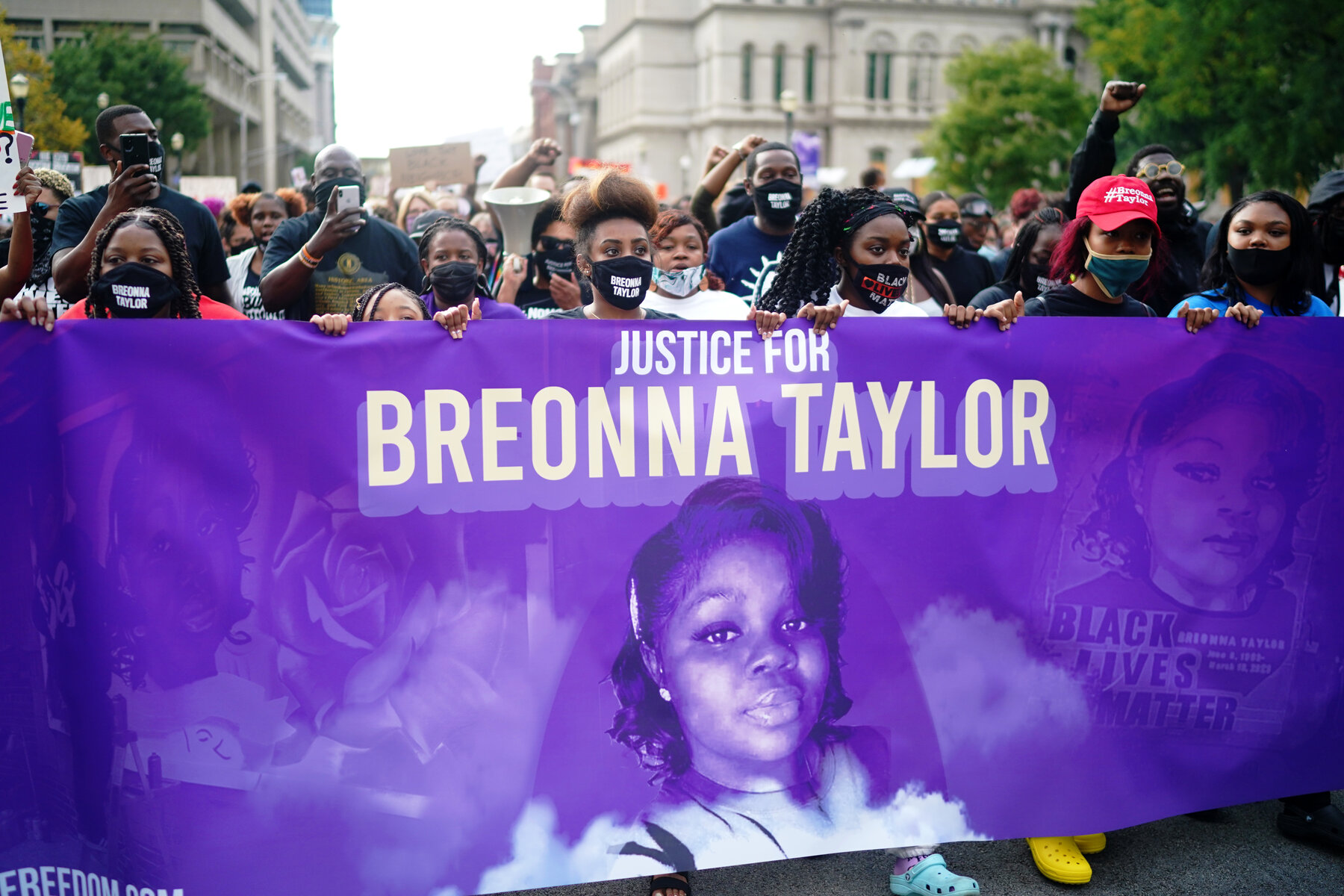 In the wake of Taylor’s tragic death, a wave of protests honoring her took place all across the world. Protesters chanted, “say her name,” and “arrest the cops who killed Breonna Taylor” as they marched through streets demanding law enforcement be held accountable for their violent, unjust actions. In September, a grand jury chose to indict just one of the three officers involved in the botched narcotics raid for wanton endangerment — since he shot aimlessly into neighboring apartments.

Although Taylor’s family received a whopping $12 million in a settlement from the city of Louisville, and “Breonna’s Law” — banning no-knock search warrants — was passed, Taylor’s mom says it isn’t enough.

During an interview with Good Morning America 3: What You Need to Know, Tamika Palmer told the hosts “I still don’t have any comfort.” “And it’s definitely not easier. It’s a year for everybody else, but every day is still March the 13th to me.”

“These officers ... they committed a crime and they should be held accountable for it,” she added. “There’s been no justice.”

President Joe Biden tweeted earlier today “Breonna Taylor’s death was a tragedy, a blow to her family, her community, and America. As we continue to mourn her, we must press ahead to pass meaningful police reform in Congress. I remain committed to signing a landmark reform bill into law.”

Breonna Taylor’s death was a tragedy, a blow to her family, her community, and America. As we continue to mourn her, we must press ahead to pass meaningful police reform in Congress. I remain committed to signing a landmark reform bill into law.

Kentucky Governor Andy Beshear released a statement: “Today we remember Breonna Taylor, her tragic and unnecessary loss and the immense work we have ahead of us,” Beshear said. “I will never understand the unimaginable grief of Tamika Palmer and other family and loved ones, but I am committed to listening and working with others to build a more equitable and fair commonwealth for every Kentuckian.”

A statement from Governor Beshear: pic.twitter.com/noZAnnnR9E

Palmer, the family’s attorney Ben Crump and several community organizers are leading the rally being held for Breonna today. Several are being held across the country, in cities like New York, Washington D.C., and Portland. According to USA Today, the Breonna Taylor Foundation will sponsor a meal distribution program in the Jefferson Square Park this afternoon. Tomorrow, the commemorative events will conclude with “The People’s Empowerment Brunch” where additional speakers are slated to attend.

Today, Breonna Taylor should be enjoying her Saturday with family and friends.

Instead, it’s the anniversary of her murder and her killers - Brett Hankison, Myles Cosgrove and Jonathan Mattingly - walk free.

The system was built to allow this. Don’t ignore that. Get involved. pic.twitter.com/2XBqlQ0FhF

One year.
It's been one year since #BreonnaTaylor was murdered and she is still without justice. Continue to #SAYHERNAME and call (502)-735-1784 to demand legal action against Jonathan Mattingly, Brett Hankison and Myles Cosgrove. #JUSTICEFORBREONNATAYLOR pic.twitter.com/Tyl2fiMMP1