“Like all of you, I watched as a gang—organized, violent, and mad they’d lost an election—laid siege to the United States Capitol,” she wrote.

Michelle Obama is speaking out following Wednesday’s (Jan. 6) horrendous display of violence at the U.S. Capitol and she is explicitly placing the blame on President Donald Trump.

On Thursday (Jan. 7), the former first lady took to social media to share her statement. She started it off by saying how happy she was waking up on Wednesday knowing that Reverend Raphael Warnock had won the election to become Georgia’s first Black senator.

“I woke up yesterday elated by the news of Reverend Raphael Warnock’s election victory,” she wrote. “He’ll be Georgia’s first Black senator, and I was heartened by the idea that the Senior Pastor of Ebenezer Baptist Church—the home parish of Dr. King and a spiritual and organizational hub during the Civil Rights Movement—would be representing his state in the United States Senate.”

Obama’s happiness quickly faded away as she watched in horror as hundreds of Trump supporters rioted into the U.S. Capitol.

“Like all of you, I watched as a gang—organized, violent and mad they’d lost an election—laid siege to the United States Capitol,” she continued. “They set up gallows. They proudly waved the traitorous flag of the Confederacy through the halls. They desecrated the center of American government. And once authorities finally gained control of the situation, these rioters and gang members were led out of the building not in handcuffs, but free to carry on with their days. The day was a fulfillment of the wishes of an infantile and unpatriotic president who can’t handle the truth of his own failures. And the wreckage lays at the feet of a party and media apparatus that gleefully cheered him on, knowing full well the possibility of consequences like these.” 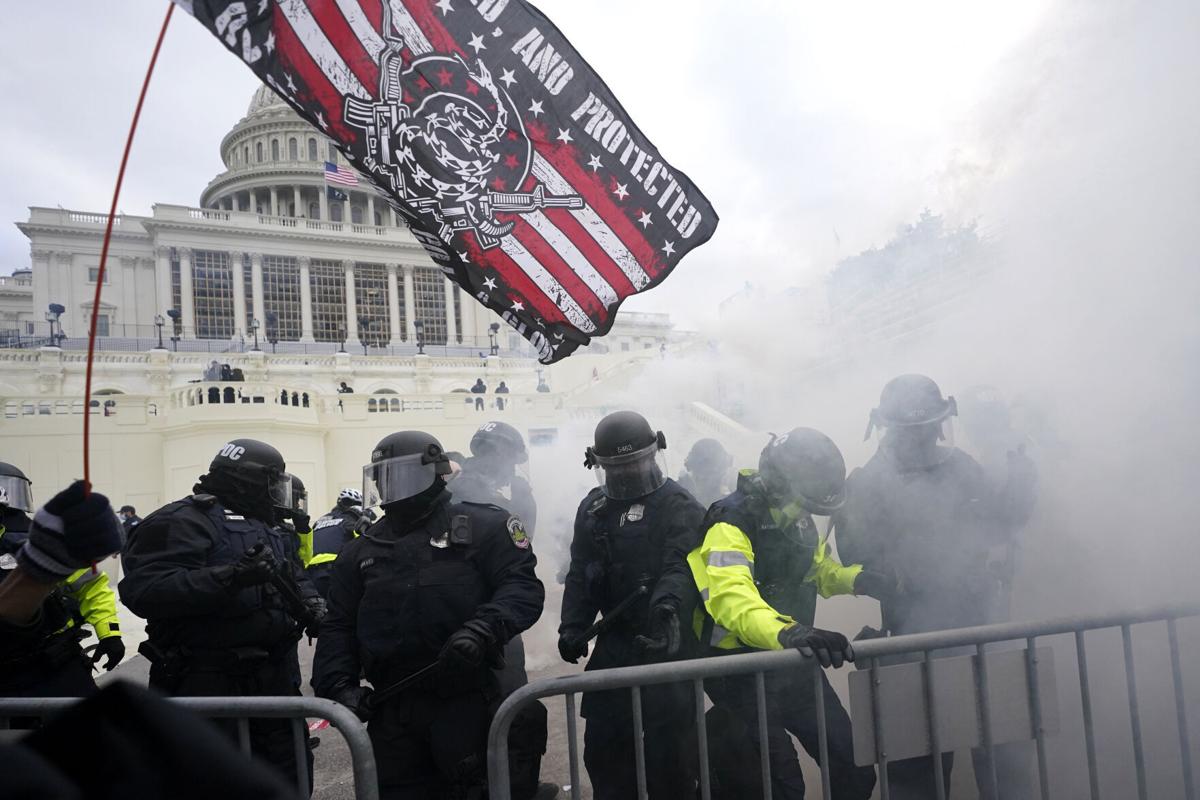 Obama then questioned how police would have responded to Black and brown people if they were the ones who breached the Capitol. “What if these rioters had looked like the folks who go to Ebenezer Baptist Church every Sunday? What would have been different?” she asked.

“I think we all know the answer. This summer’s Black Lives Matter protests were an overwhelmingly peaceful movement—our nation’s largest demonstrations ever, bringing together people of every race and class and encouraging millions to re-examine their own assumptions and behavior,” Obama wrote. “And yet, in city after city, day after day, we saw peaceful protestors met with brute force. We saw cracked skulls and mass arrests, law enforcement pepper spraying its way through a peaceful demonstration for a presidential photo op.”