The senator from Vermont drops a new line of sweatshirts based on his viral meme.

Days after the #BernieMeme became an Internet sensation, Senator Bernie Sanders a.k.a Chairman Sanders is taking advantage of the viral fame in the name of charity.

On Thursday (Jan. 21), Bernie Sanders’ campaign store revealed a black sweatshirt featuring the image of Sanders bundled up with his surgical mask, infamous mittens, and his green Burton jacket at the inauguration of President Joe Biden and Vice President Kamala Harris. Every cent of the proceeds made will go straight towards Meals on Wheels Vermont. The nation-wide program focuses on providing meals for people who have trouble buying or making their own food.

Made in the USA, Union printed. 100% of proceeds go to Meals on Wheels Vermont. https://t.co/Nv8Ng0K217 pic.twitter.com/yfXOsp3acX

The sweatshirt, which is made in the U.S.A., instantly became a hot commodity. Within a matter of hours, the campaign announced that they were completely sold out. The next day, they were able to restock but, as of this report, they only have size small available. With the crewneck in high demand, the campaign followed up by informing potential customers that they’re not sure when they’ll get more sweatshirts. 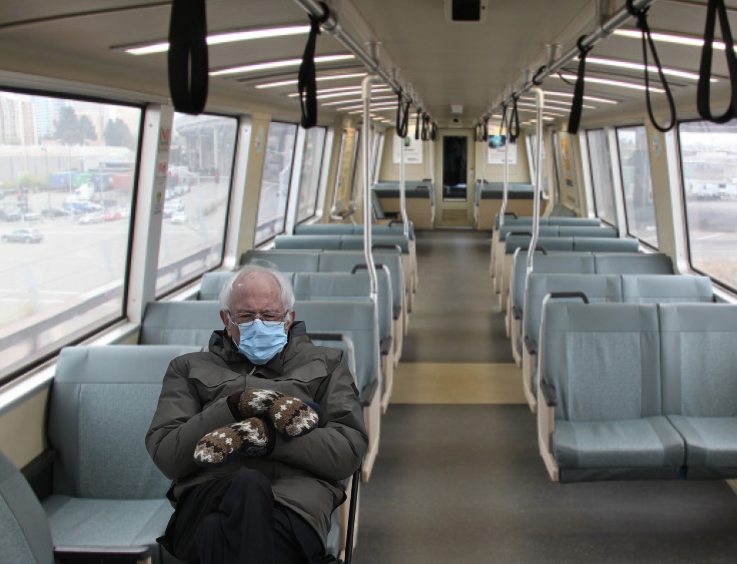 While his entire outfit has been put under a microscope, Sanders’ mittens have also caught the nation’s attention. The distinctive mittens were made in Vermont, however, the distributor, a school teacher named Jen Ellis, recently confirmed that she is completely out of stock. The mittens were highlighted in numerous memes inspired by Bernie including one that featured them on O.J. Simpson during his trial in the ‘90s.

Bernie and his mittens have been photoshopped into pretty much every social setting, popular movie, and cultural moment in modern history. As soon as the #BernieMeme went viral, artists had their fun with the meme by putting Bernie on their popular album covers. J. Cole put Chairman Sanders on his roof from the 2014 Forest Hills Drive cover. Big Sean also fit cold Bernie into his Detroit 2 album cover.