Jake Angeli has refused to eat the food in his jail because it’s not organic. However, he’ll now reportedly be fed what he wants.

One arrested pro-Trump rioter seemed to be having a hard time behind bars due to the food that was being served. Fortunately for him, a judge has sympathy for him. According to multiple news outlets including Newsweek, the Trump supporter who was photographed in a horns helmet and painted face during the storming of the U.S. Capitol will reportedly be given organic food while in jail.

Jacob Anthony Chansley, who’s also known as “QAnon Shaman” or Jake Angeli by some, has refused to eat the food that his jail has been giving him because it isn’t in accordance with his organic diet. The 33-year-old rioter made his first court appearance on Monday (Jan. 11) where his public defender Gerald Williams asked the presiding judge to offer his client food that he deems acceptable. 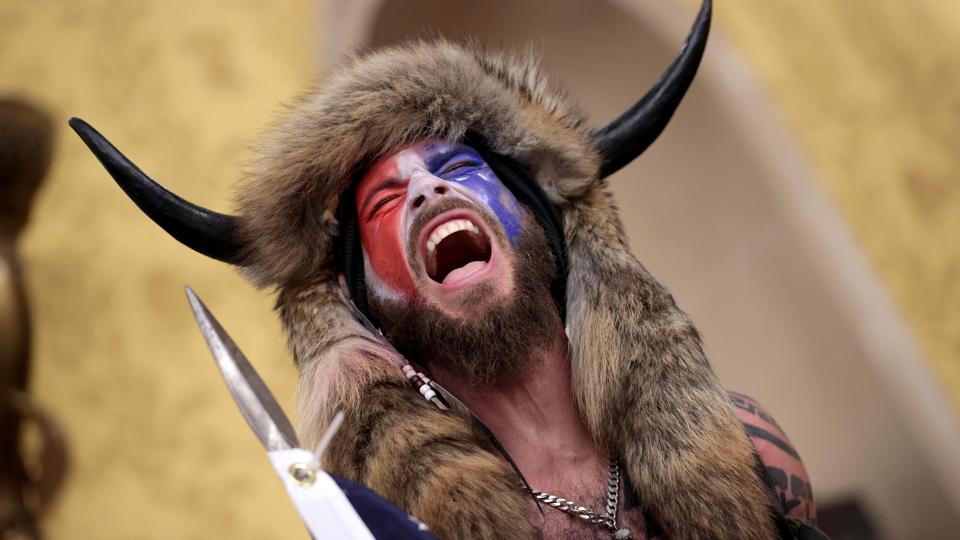 Outlets are now reporting that the judge has agreed to this request. “Phoenix Judge Deborah Fine...will allow Williams to find a way to provide meals for Angeli,” WSPA 7’s site reads. “The U.S. Marshall’s office told ABC 15 in Phoenix that it would comply with the judge’s order.”

The rioter’s mother also spoke about her son’s diet while he’s held in custody of U.S. Marshals. “Angeli’s mother, Martha Chansley, told the TV station that her son will ‘get physically sick’ if he does not eat organic food,” the outlet added.

Chansley was charged on Saturday (Jan. 9) with “knowingly entering or remaining in any restricted building or grounds without lawful authority, and with violent entry and disorderly conduct on Capitol grounds,” Newsweek confirms.

A number of other Trump supporters who were involved in the Capitol riots have already been arrested and charged as the FBI continues to look for more alleged culprits.

A total of six people have died as a result of the ordeal. Former President Obama said the moment was one of “great dishonor and shame for our nation.”