The New York link up is real for East’s sophomore effort.

One thing is for sure, there’s never a bad time be gifted with some new music from Dave East. Since he stepped on the scene with his earlier mixtapes back in the early 2010’s, it was clear as day that he’d be one of Hip Hop’s uncut gems at some point in his career. It was only a matter of time until he started to get the respect he deserves as an lyricist. Today (July 30), he just raised the bar with the release of his sophomore album HOFFA with one of the illest producers in the game Harry Fraud.

If you are a fan of Harry Fraud, you know that he brings the best out of any rapper he makes full length projects and mixtapes/EP’s with. This was probably the best thing for East to do for this album simply because Harry Fraud was perfect for the job — creating a cinematic masterpiece. With HOFFA serving as the Harlem rapper’s sophomore album, this was one hell of a way to come out swinging. His debut album Survival (released in 2019) set the tone but HOFFA just takes things to another level.

In mid-June of this year, Dave East joined forces with Westside Gunn for a special art show to unveil the artwork for the album. The original painting was curated by Westside Gunn and his Buffalo Kids collective and unveiled during a live in-store at the Walden Galleria in Buffalo, NY. 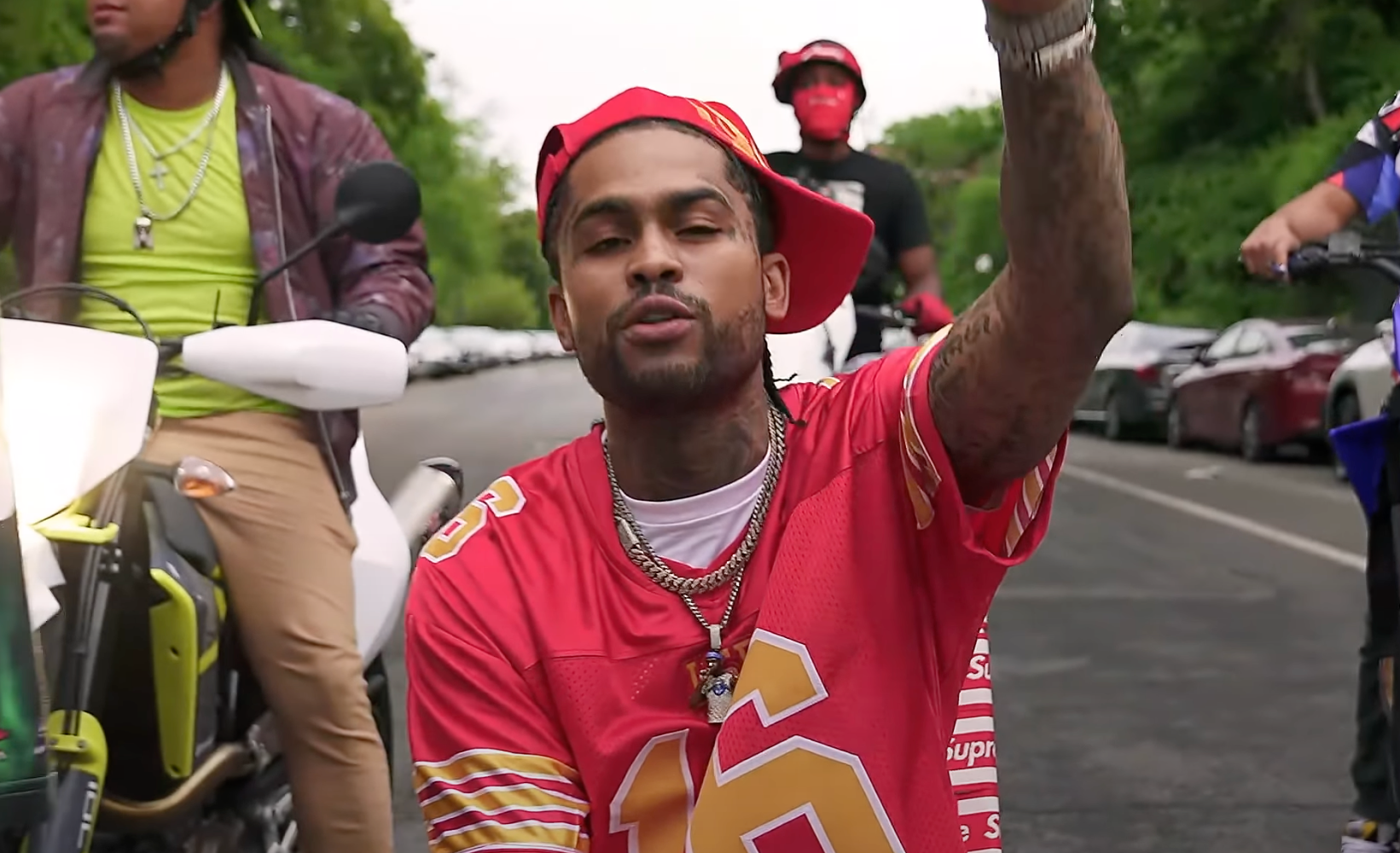 Equipped with a total of 14 records, Dave East hand-picked some of the industry’s most thorough artists as features including G Herbo, Jim Jones, Benny The Butcher, Curren$y, French Montana and more! If you have been snoozing on the Harlem spitter for this long, now would be the perfect time to see what’s up for yourself. HOFFA will definitely go down as one of East’s greatest projects.