The track — a collaboration between Tecca and Aminé — is taken from the ‘Space Jam: A New Legacy’ soundtrack.

This past weekend, fans were able to check out the official soundtrack for the forthcoming movie Space Jam: A New Legacy, the sequel to the iconic Space Jam that now sees Lebron James taking over for Michael Jordan in the starring role. The hip hop and R&B-heavy soundtrack sees 16 tracks and a slew of contributions from Kirk Franklin, Lil Baby, Lil Wayne, Chance The Rapper, John Legend, Lil Uzi Vert, SAINt JHN, and more.

This week reveals a new visual from the compilation for “Gametime,” a collaboration between Lil Tecca and Aminé and sees them making various basketball references over production from Blaise Railey and Tasha Catour: 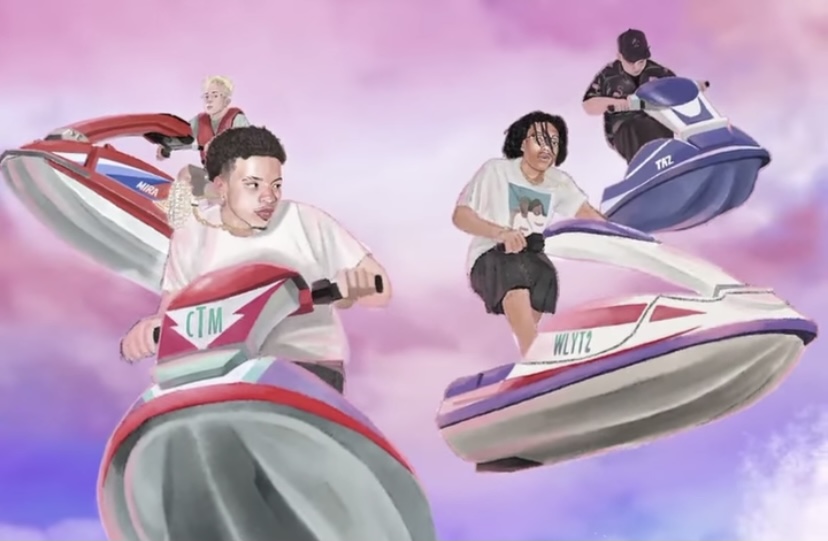 The accompanying clip for “Gametime” comes courtesy of John Tashiro and Tim Carpenter, and begins with Lil Tecca calling Aminé for an Xbox video game session — unfortunately, the Microsoft plug doesn’t lead to an actual appearance from Aminé outside of his voice on the other line. At some point, Tecca gets zapped into what he’s playing — Space Jam: A New Legacy - The Game, a very real game that now sees the New York talent joining a virtual Lebron James in a futuristic battle against giant robots. Naturally, some actual footage from the aforementioned film are interspersed throughout.

Check out the video for “Gametime” below.