The track is the intro track off his freshly released ‘Rich Off Pints’ project.

Just a few weeks ago, Icewear Vezzo unleashed his Rich Off Pints project, and he’s wasting no time getting to the visuals. First up was last week’s “Choppy Talk” release, and now he drops off the official visual for “6 Up.”

With his role as one of the leaders of contemporary Detroit rap, he taps on some of the most exciting Michigan rappers to share the spotlight with him, including Rio Da Yung OG, Peezy, and Louie Ray — while rhyming over production from Detroit producers like Max Beats and Michigan Meech. He also boasts additional appearances from respected names like Trippie Redd, Lil Yachty, EST Gee, Dreezy, BIG 30, and more. 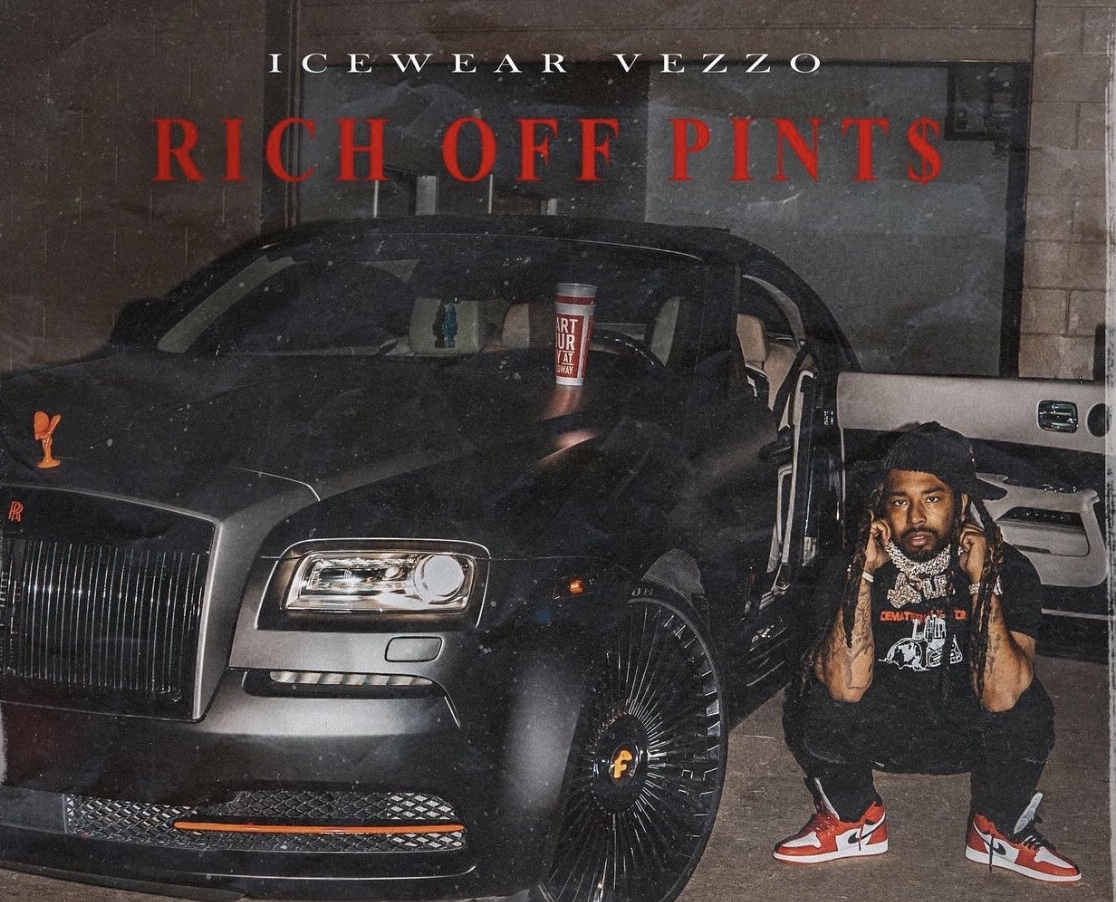 Also recently, Pacman Da Gunman enlists Icewear Vezzo for new single “Did That.” Vezzo also joined forces with Lil Durk for Vezzo’s “Up The Sco” single, which dropped at the start of April. Additionally this year, we’ve heard him on singles like “6Print,” “Cheat Code” with KrispyLife Kidd, and Courtney Bell’s “Deebo.” In 2020, he shared the second installment of his Robbin Season series, and it boasted 16 songs and assists from names like G Herbo, Rio Da Young OG, and Babyface Ray.

During a conversation, the current crop of Motor City rappers connects more to the underground rap scene than most people think. “People like me and other rappers like Tee Grizzley, Peezy, Babyface Ray and Snap Dogg grew up on Chedda Boyz, Street Lord’z, Blade Icewood, Rock Bottom, the Lost Boys, the real underground gangster rappers in Detroit. If it wasn’t for them, I literally wouldn’t be rapping,” he says. “Those guys were rapping about shit, and you were able to see them in the hood passing money out, or giving back.”

Be sure to watch Icewear Vezzo’s brand new music video for “6 Up” down below.