He also confirms the album is on the way.

“Lil sum’n to hold y’all over,” tweets Deante Hitchcock last night, as he unleashes his latest freestyle “Wait Until Summer.” He then proceeds to ask what date he should drop his next album, fueling fans with the confirmation that the next project is locked and loaded. The Atlanta rapper has been consistently feeding fans with bars and word play these last few weeks, and this freshly released clip is no different as he gets straight to it:

Now I done came a long ways and I ain’t goin’ back, they want that fire, give it to ‘em like I owe ‘em that/ I run my ream like the owner, coach, or the quarterback, tryna show ‘em how far we can go like hats on them older cats/

Jumpin’ jehoshaphat, I got my back to the wall wit my gods tryna doge fleas/ I’m with the gang, you know these hoes tryna hang like my n u t s/ Drop them drawls and then arch it like Mickey D’s, I stole her soul from right up under her nose, but she thick as thieves 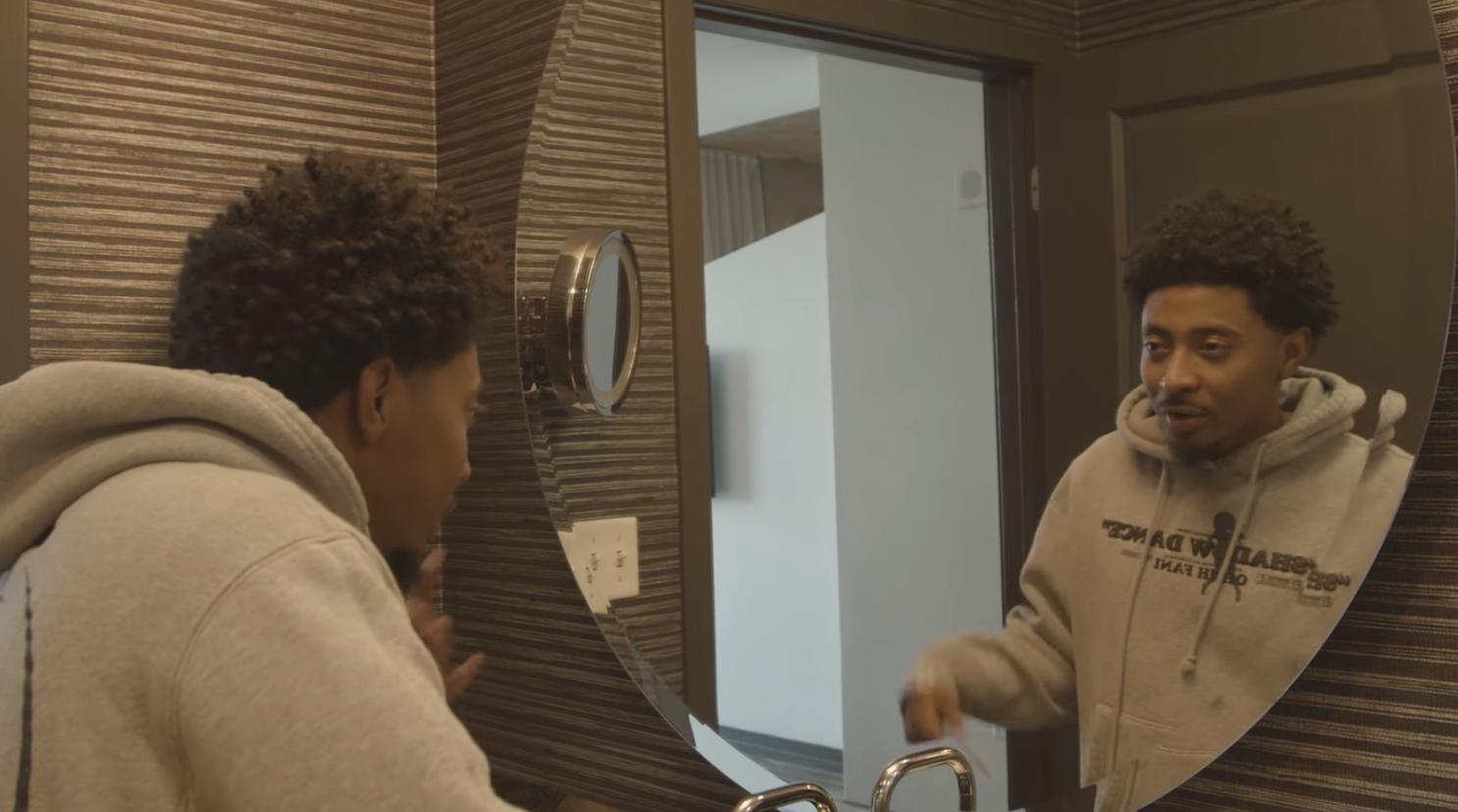 Prior to this was his take on Drake’s “What’s Next,” where Hitchcock spits his own bars over the recognizable beat while riding around his city. He also delivered his own spin on Earthgang’s “Baptize” and Lil Wayne’s classic “Let The Beat Build” to keep his #NewAtlantaTuesday juices flowing.

Last year, Deante dropped of the deluxe version of his BETTER album. The initial BETTER project included guest features from names like JID, Young Nudy, 6LACK, Miguel, and St. Beauty. The body of work doubled in length as Deante unveiled a two-disc deluxe version (20-tracks long) with additional features from Kenny Mason, Reason, Ro James, Jaelspeaks, and Guapdad 4000. Before that, Hitchcock dropped off his projects Just A Sample 2 and Good in 2019 and 2016, respectively.

Be sure to check out Deante Hitchcock’s newest freestyle “Wait Until Summer” down below.