The track is taken from the deluxe edition of ‘BETTER.’

Back in October, Deante Hitchcock delivered a revamped version of his BETTER project. The deluxe edition was equipped with new features and tracks, such as “Plug Me In,” which just received a creative new video to go along with it. The clever visual shows Deante being manufactured and delivered as a life-size doll that needs to be plugged in as he raps his verse:

I know you know deep down that that boy don’t go as hard as me. I used to pimp hard like Ball and G. This dick so good might charge a fee. I like my girl ass with stretch marks. Brand new whip shit, press start. Bitch, I dog, she grab my food at PetsMart. Purple demons only, I don’t text hearts. I like my girl fine like Gucci, with a bad ass like Boosie. Act, go stupid, she done fell in love like Lucy. But we can’t be exclusive, so I’m gone. 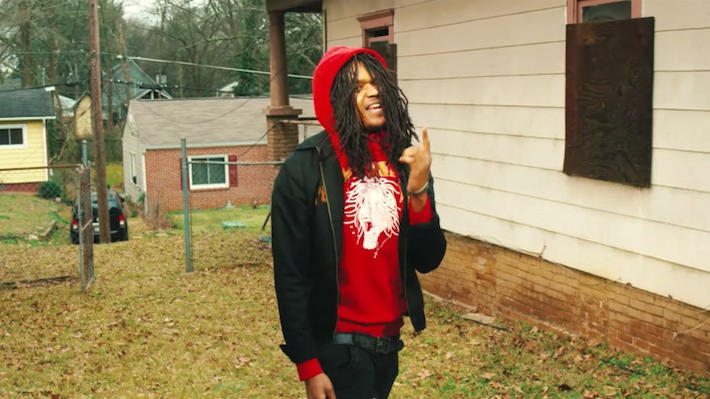 The initial BETTER project included guest features from names like JID, Young Nudy, 6LACK, Miguel, and St. Beauty. The original version is now double in length as Deante unveils the deluxe version, which is a two-disc project (20-tracks long) with additional features from Kenny Mason, Reason, Ro James, Jaelspeaks, and Guapdad 4000. Before that, Hitchcock dropped off his projects Just A Sample 2 and Good in 2019 and 2016, respectively.

Although Deante has several notable guest verses under his belt, there’s still one he will always have his eye on. In an interview with REVOLT from earlier this year, Deante Hitchcock shared one of his most coveted collaborations:

“I want to collab with Young Thug. That’s the first celebrity feature I want. That’s my dream feature. What would it be about? I don’t know. You get a feature from Thug, you might get six different records. He’s on his melodic s**t right now, but I need either “About The Money” Thug or “Harambe” Thug.

Watch Deante Hitchcock’s new music video for “Plug Me In” down below.