Young Thug, Gunna, YTB Trench, and Lil Baby give back in “Paid The Fine” visual

The emotionally charged clip is the latest from ‘Slime Language 2.’

Earlier this month, Young Thug and his Young Stoner Life collective liberated the second installment of their Slime Language series, which sees 23 tracks and a wealth of assists from Travis Scott, Drake, Rowdy Rebel, Lil Uzi Vert, Coi Leray, Big Sean, Skepta, Future, Yung Bleu, Kid Cudi, Meek Mill, and loads more. Before fans had a chance to blink, a deluxe edition of Slime Language 2 surfaced with eight additional cuts and new collabs alongside Don Toliver, DaBaby, NAV, and Jim Jones, among others. Overall, the project has already proved to be a success — it landed at the top of the Billboard 200 thanks to 113,000 album equivalent units sold during its first week of release.

Looking to keep the momentum going, Thugger & Co. have recently unveiled a new visual from the project for Thug, Gunna, YTB Trench, and Lil Baby’s “Paid The Fine,” a Sean Momberger and Wheezy-produced effort that speaks to the hard work and dedication it took to reach their level of success: 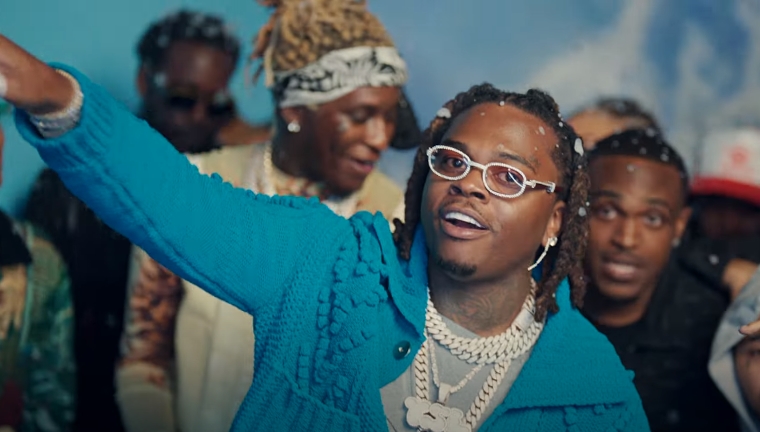 “Half a million dollars on me, I feel it in my chromosomes, I don’t talk to that bitch, when we meet up, she know I’m only bone, lifetime, send it, I made millions without a mobile phone, two hundred thousand stacked up I could bought myself, you need a drone, tryna put my people on, put my heart in every song.../”

Directed by DrewFilmedIt, the accompanying visual begins with recent footage of Young Thug and Gunna paying bonds for 30 low-level offenders at Fulton County Jail. The clip continues that narrative, showing families reuniting and celebrating together — all thanks to the Atlanta collaborators’ goodwill for their community. Fellow peers like Bankroll Freddie can be spotted throughout as well.

Press play on YSL and Lil Baby’s “Paid The Fine” video below.