Machine Gun Kelly and CORPSE turn up on “DAYWALKER!”

The collaborators channel Blade for their latest.

Machine Gun Kelly continues to push the boundaries of his music to new levels. For his latest, he teams up with YouTuber-turned-recording artist CORPSE — also known as Corpse Husband — for the new single “DAYWALKER!,” which sees production from MGK and his producers BazeXX and SlimXX. Presumably titled in reference to the iconic Marvel character Blade, the track seems to function as the perfect offering for the most violent rave ever:

“Punch that motherfucker in the face, you hated what he said, right? Beat his ass, leave him at the stoplight, I know you wanted change, but nobody’s around, so, kick him again while he’s on the ground, yo/

I’ll never be the same, I wanna know if I tell you a secret, will you keep it? I need someone to blame, and I see somebody talkin’ with the mouth that’s full of teethI wanna break/” 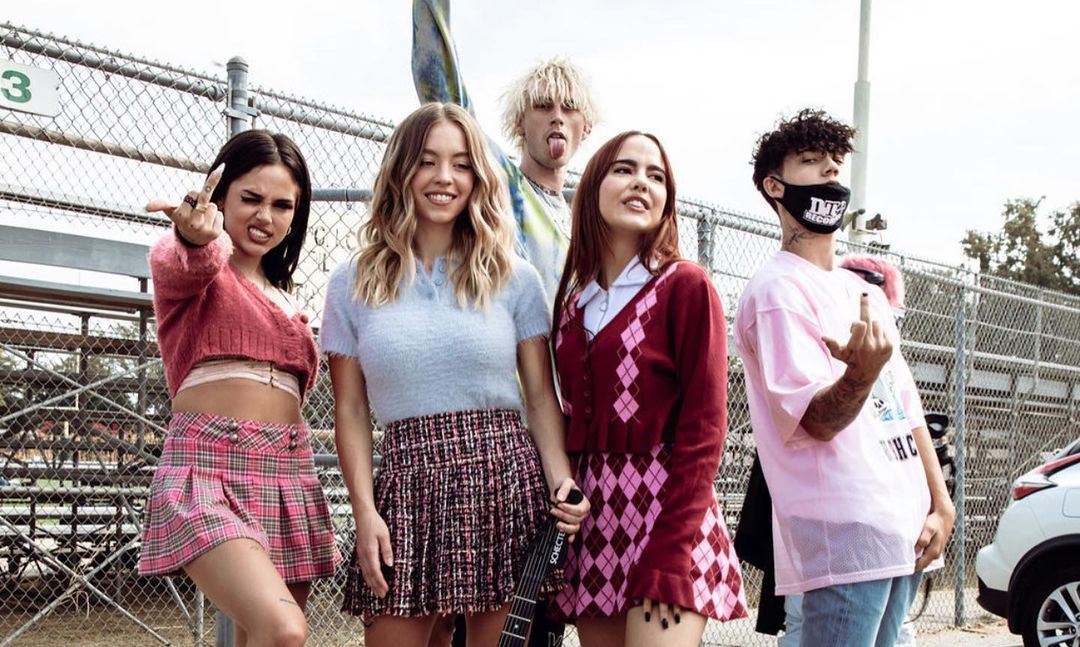 While not the traditional hip hop cut that we’ve seen from him, “DAYWALKER!” is definitely a return to the genre for MGK since his fifth studio LP Tickets To My Downfall. Released back in September, Tickets saw the Cleveland star fully embracing the alternative, pop punk style that fans have seen traces of on previous albums, boasting 15 cuts with additional appearances from Trippie Redd, blackbear, Halsey, Iann Dior, and Travis Barker, the last of whom handled the main production duties on the album. Tickets was a big success as well, landing MGK his first number one placement on the Billboard 200 thanks to 126,000 album equivalent units sold during its first week of release.

In related news, MGK recently announced that he’s turning his fourth album Hotel Diablo into a four piece graphic novel, teasing his fans with some rather twisted images on his social media account:

In the meantime, fans can enjoy the trippy visual for “DAYWALKER!” below.