Vado drops new video for drill track “This Thing Of Ours”

The Harlem star is currently working on a new album.

This year has already seen hip hop veteran Vado deliver dope cuts like “Politics” with Dave East and “Mama Sushi.” Now, he drops off a new track titled “This Thing Of Ours,” which sees the New York City emcee delivering socially conscious and street-focused bars over some dark, creeping Brooklyn drill production:

Round applaud n***as home, take ’em shopping from the can, you ain’t poppin’ you a fan, countin’ n***as bands, watchin’ on the ‘Gram/

Poppin’ watching on your man, these cold hearts ain’t got no pockets, I’m cold-hearted when I cock it, you a mark on the market.../”

The video is directed by Panoramic and keeps things simple, with Vado on an empty street with his crew and night. Leaving his bars as the clip’s centerpiece.

Rackboy Cam to follow up Vado and Maino collab with film, music projects 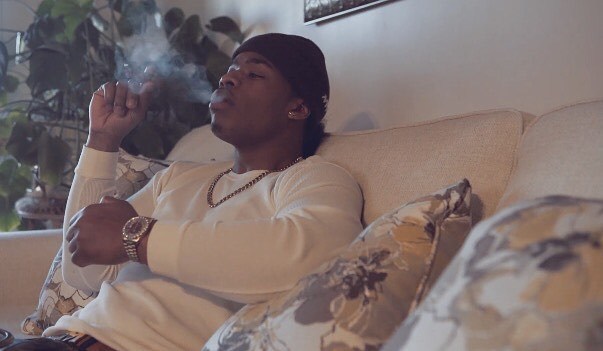 While still aligned to DJ Khaled’s We The Best imprint, Vado delivered the well-received mixtapes V-Day 3, Crime Square, and Long Run Vol. 1 in March, June, and October of last year, respectively. Prior to that, he’s made a name for himself with his Slime Flu, Sinatra, and Boss Of All Bosses series — the last of which was created alongside past collaborator and fellow Harlem native Cam’ron. Now, it looks like Vado’s been feeding his fans via the independent route.

Recently, Vado landed on season 17’s “Marriage Boot Camp: Reality Stars 15 - Hip Hop Edition 3,” appearing alongside his significant other Tahiry Jose and joining the likes of fellow celebrities Willie Taylor, Kurupt, Phaedra Parks, and Hazel E. Now that that season has come to an end, he’s said to be working on his forthcoming album.

Press play on “This Thing Of Ours” below. Hopefully, Vado’s next project will make landfall sooner than later.