Fans on social media were impressed with Cam’s bars.

Cam’ron is here to shut down anyone who questions his ability to rap. The “Hey Ma” emcee proved he still got in a new freestyle video he shared to social media on Saturday (Aug. 22). “Thank @mr_nycha_wp for these 50 bars. Fuck wrong wit him question my flow,” he captioned the video.

“Let’s face this, I’m tasteless/ Let me tell you ‘bout my day nothin’ crazy, just the basics/ See, I go to a b*tch job, tell her to leave, come with me/ She like, ‘Why Cam?’/ I said, ‘Honey, you just a waitress’/ Outside this restaurant, I got a two-seater spaceship/ Two hunnid thou, five hours, we in six different places,” he rapped in the beginning of the freestyle. 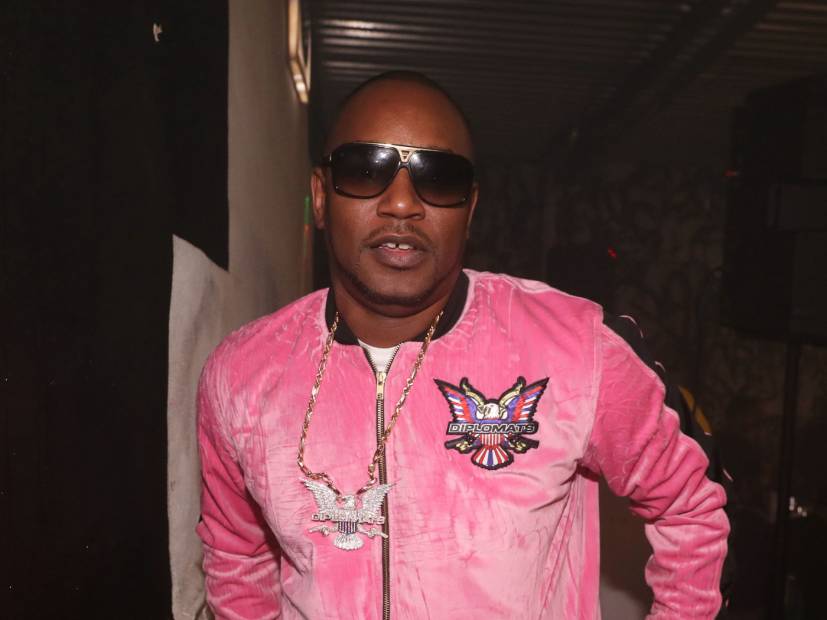 Fans on social media were very impressed with Cam’s bars. Twitter user @niceymost tweeted, “That Cam’ron freestyle is the best rap verse I’ve heard all year...it’s that energy that’s missing like that...”

that cam'ron freestyle is the best rap verse i've heard all year...its that energy thats missing like that...

“Cam’ron dropping REAL FREESTYLES,” social media user @Aye_ItsDre tweeted. “YES lol. Y’all gotta look this one up & he really out too tho. Not just talking about it.”

Cam'ron dropping REAL FREESTYLES. YES lol. Y'all gotta look this one up & he really out to tho. Not just talking about it pic.twitter.com/1aFzwLAZLZ

Aside from showing off his lyrical ability, back in May, the Purple Haze 2 rapper revealed that there were current “conversations” about a potential sequel to the Damon Dash and JAY-Z-produced hit, Paid In Full.

“These are conversations that we talked about in the last few months,” Cam’ron said during an Instagram Live interview with Pandora’s J1 on May 11. “Actually, a couple hours ago, something we talked about [was] pertaining [to] Paid in Full 2.”

“I don’t wanna say 100 percent yes, but we’re definitely in the talks about doing something similar to Paid in Full 1,” he continued. “It’s definitely a conversation going on right now about that, 100 percent. This is the first time I’m giving you a possibility of ‘Yes.’”

Check out the full freestyle below and let us know what you think.