In the event that anyone has been wondering where Vic Mensa has been this year, the answer has finally arrived. Following the socially charged cut “No More Teardrops” with Malik Yusef and Wyatt Waddell comes a new EP from the Chicago emcee titled V TAPE, which sees seven new tracks and features from Snoh Aalegra, SAINt JHN, BJ The Chicago Kid, and more. One standout from the new project is the Eryn Allen Kane-assisted “MACHIAVELLI,” an Amir Johnson, Thelonious Martin, and SC-produced cut that sees Vic Mensa engaging in the type of stream-of-consciousness rhymes that brought him to the forefront in the first place:

“Back to reclaim my throne, I’m the prince of the city, young Machiavelli, staged my own death, outwitted my adversaries, from the land of Larry Hoover where they bury shooters/

Where crack hit the Chi same year as Michael Jordan, my trap phone got more rings than Robert Horry, I got a story make Shakespeare say that’s tragic.../”

The accompanying visual for “MACHIAVELLI” shows Vic Mensa in various locations within Chicago, mixed in with shots of his family, instrumentalists, and direct references to his multi-layered bars. Not that he’s ever strayed from his god-given abilities, but songs like this definitely take fans back to the earlier SAVEMONEY days that put Vic Mensa on the radar. 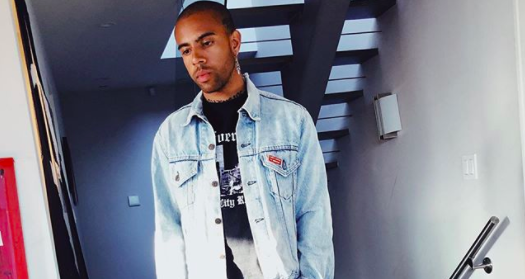 Prior to V TAPE, Vic Mensa delivered his debut studio LP The Autobiography in 2017, which saw 13 tracks (15 including bonus cuts) and features with the likes of The-Dream, Pharrell Williams, Syd, Ty Dolla $ign, Chief Keef, and more. More recently, he teamed up with 93PUNX for a more experimental, genre-bending offering last August.

Press play on Vic Mensa’s V TAPE — along with the visual for “MACHIAVELLI” and the aforementioned “No More Teardrops” — below.