“They got an idiot training my wife and she gonna fail the bar a third time,” Kanye West said. “Because I feel like there’s people who might not want Kim Kardashian to become a lawyer.”

After N.O.R.E. and DJ EFN made REVOLT history last week amassing over 3 million views with their legendary “Drink Champs” interview with Kanye West, they recently followed it up with a part 2 episode and the Chicago emcee delivered more of his controversial takes and frank opinions.

During part one of the interview, West got candid about his beef with Drake and also divulged his feelings towards many of his peers like Just Blaze, John Legend and Big Sean. Additionally, he spoke on his Gap collaboration and how he views himself as the chosen leader of the culture. This time around, he dished on his feelings about mental health, the 13th Amendment, his relationship with Adidas and Nike, and more.

To help give fans a recap, REVOLT compiled a list of nine facts we learned during the second installment of the Kanye West interview. Check them out below. 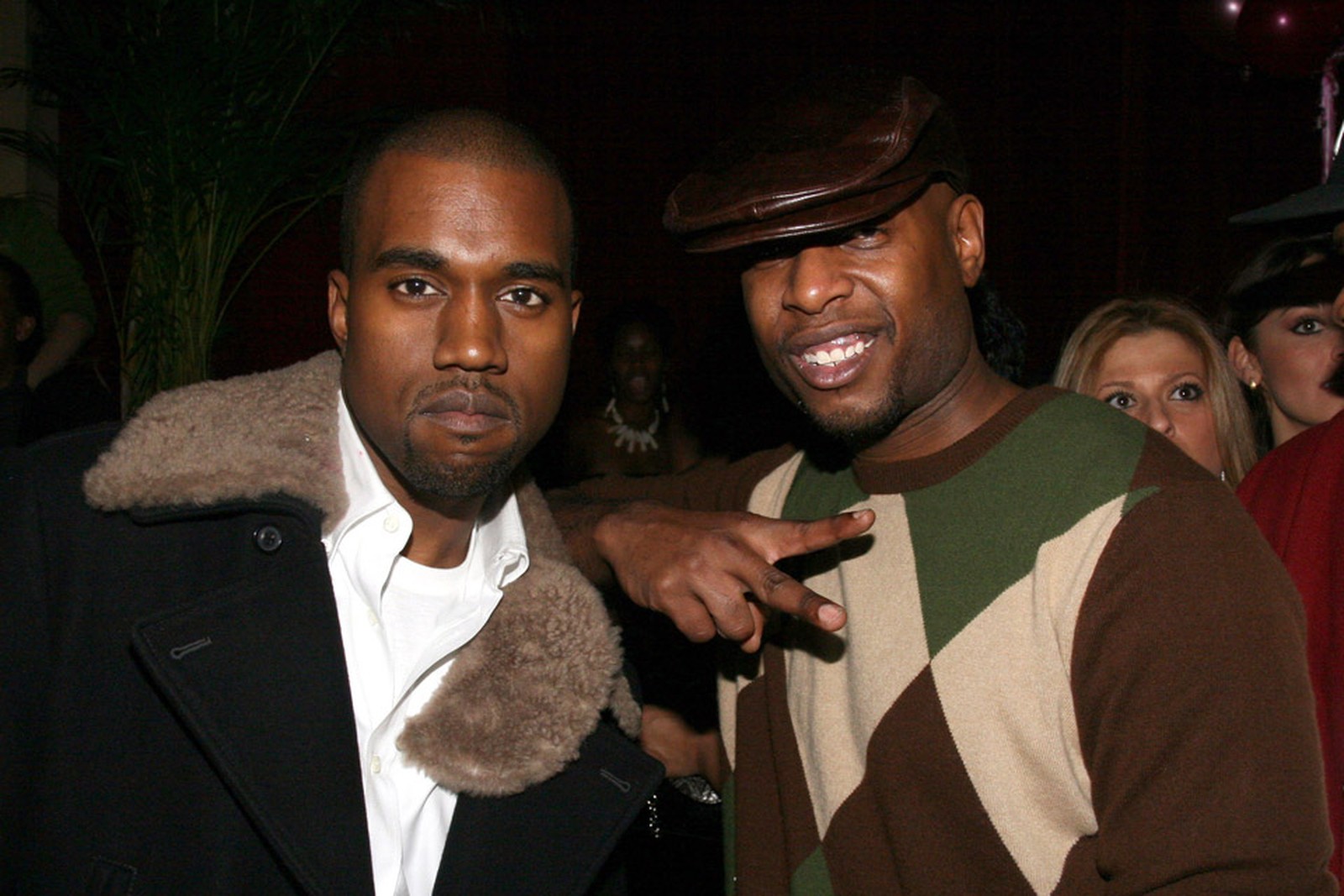 Shortly after part one of West’s “Drink Champs” interview was released, music exec J. Prince shared a video on Twitter of himself standing next to the Chicago emcee. In the clip, West called for his beef to end with Drake and invited him to perform alongside him at a concert calling for the release of Gangster Disciples co-founder Larry Hoover. Larry Hoover Jr., the incarcerated figure’s son who made an appearance on the Donda album, joined West during the latter half of his “Drink Champs” interview and the topic of prison reform was discussed. West also expressed his thoughts on the U.S. Constitution’s 13th Amendment, which abolished slavery over 150 years ago. Many people have fought for the Amendment to be updated or eliminated completely because of a controversial loophole regarding people who have been convicted of crimes.

“That 13th amendment that needs to be completely eradicated,” he said. “When we shut up and dribble and we rap, this thing is still in the Constitution. As famous and influential as we are, there still are pieces of our 2021 Constitution that are only aimed towards the lost Hebrew people known as Blacks. And that is still modern-day slavery. That’s the reason why there’s talks of me and Drake doing a concert to bring light to Hoover together,” he said.

2. On People Preventing Kim Kardashian From Being a Lawyer

Over the past few years, Kim Kardashian has also been an advocate for prison reform and she often has voiced her aspirations of becoming a lawyer like her father. After failing the bar exam twice, West said that she sought out to attain help so she could pass it. But he explained that he believes the lawyer that was hired to help her secretly didn’t want her to pass it.

“They got an idiot training my wife and she gonna fail the bar a third time,” he said. “Because I feel like there’s people who might not want Kim Kardashian to become a lawyer. Because you know what happens when Kim Kardashian becomes a lawyer? That shirt gets a little bit higher. That cleavage gets a little bit more covered up. There’s 14-year-old girls that’s posing a little bit and wanting to become a lawyer. And it’s people out here who don’t want her to affect these women out here in that way.”

3. On People Calling Him Crazy

Over the years, West’s antics and wild takes have spurred many people to call him crazy. He explained during his interview that he believes this label is strategically used by his detractors to downplay his influence. “I’m crazy but what y’all gonna do about it?” West said. “I’m nine billy crazy. Y’all not gonna diminish what God is doing for me in the future by trying to cut my legs off or cut my influence by calling me crazy. That don’t work. I know what’s going on and I’m not having it.” 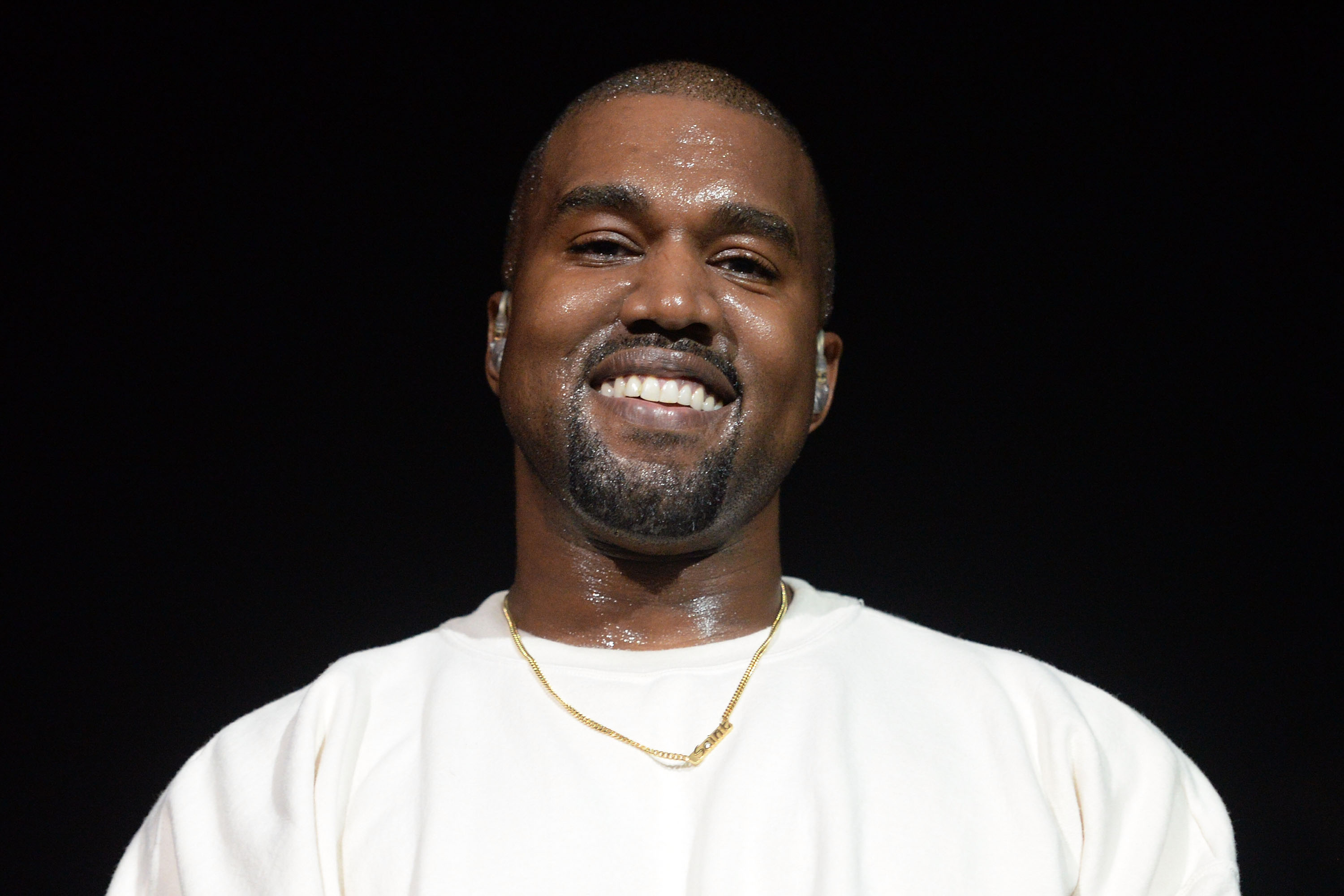 4. On Nike and Adidas

Though West has a partnership with Adidas, he’s been spotted numerous times wearing Nike apparel. When asked by N.O.R.E. about his decision to still wear Nike despite his allegiance with Adidas, West explained that he has freedom to do it because they are partners and he’s not their slave. “Adidas can sign Pharrell or Drake or Pusha, but I can’t wear Nike? That’s pretty one-sided,” he said. “They was a $15 billion company losing $2 billion when I got there. Now, Yeezy is a $3 billion company and they are a $60 billion company. So, who got the short end of the stick? It’s either we get respect from these companies or we do our own thing. I’m gonna lay them on their back. Gap, Adidas, I run it.”

6. On Not Truly Being a Backpacker

After Kanye’s debut album, The College Dropout, was released, he carved a new lane deemed “backpack rap.” However, during his interview, he admitted that he doesn’t truly consider himself a backpack rapper. “I’m sorry to the backpack community,” he said. “Due to the fact that I was from the streets and I never killed anybody, it was just easier for me to pose like a backpacker. But I actually really love street niggas. I don’t listen to backpack music like that.” 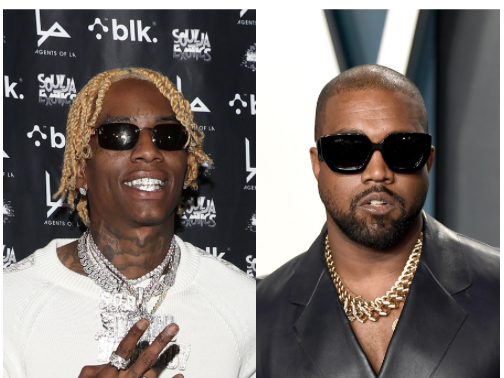 7. On Choosing Not to Curse on Donda

Gospel is one of the many elements that are incorporated in West’s album Donda and this time around, he opted to not curse on the entire project. He explained that the decision came about after speaking with his daughter. “My mama speaks through my daughter, and she said no cursing on the album,” he said. “The album came out two days late because I took the cursing off. Because it’s families and they don’t need all that cursing in their living room. We not only proving that we can do songs for God and put his name on high, but we’re also showing that we can do albums without cursing that’s actually competing.”

8. On His Infamous Comments About George Bush

In 2005, West made headlines when he infamously said that Former President George Bush “doesn’t care about Black people” during a Hurricane Katrina telethon. During his interview, West spoke about cancel culture and said back then, he didn’t get canceled for his comments because the media didn’t truly favor the president anyway. “You know why I didn’t get canceled then? It’s because the media didn’t fuck with George Bush either,” he said. “They fucked with the Democrats.”

Time and time again, it’s been proven that the phrase “what goes around comes around” rings true in the fashion industry as many styles from back in the day have returned. West talked about Nike’s aim to make their Air Force One sneaker popular again and said in the future, we need to embrace new designs instead of always looking to the past. “Me as a designer, we don’t need [Air] Force Ones to come back,” he said. “No offense to anyone who has Force Ones. But fuck them Force Ones and fuck them old ass designs. We gonna be stuck in a loop if we don’t design new things and embrace new ideas. We’re programmed to have Chris Brown dissing my haircut. We’re programmed to have people dissing something new. How can we ever change something if we don’t start something new?”