What’s up, everybody? It’s your boy Legendary Lade checking in for another week of “Kickin’ Facts.” Welcome to September, the end of summer and the start of fall, a time when the temperature and sneaker releases get colder by the week. As we approach the fourth quarter, expect nothing less than heavy hitters from the sneaker industry as they look to close out another monumental year. Setting the tone for September, we have the Tom Sachs x NikeCraft General Purpose Shoe in a “Dark Sulfur” colorway.

It features minimalistic knit-base construction with suede overlays dyed in the sulfur hue and its swoosh and laces in complementary white. Additional details include orange accents atop the pull tabs and gum midsoles that come loaded with EVA foam cushioning. You can also find Tom Sachs branding on the interior sides of the tongues, while Nike branding can be found on the insoles, heels and tongues. The bright orange hue also extends to the informative sneaker box, which features an oversized Swoosh with a scribbled line throughout it and the phrase “Own Less Do More,” amongst other insights that are up to the wearer to discover. 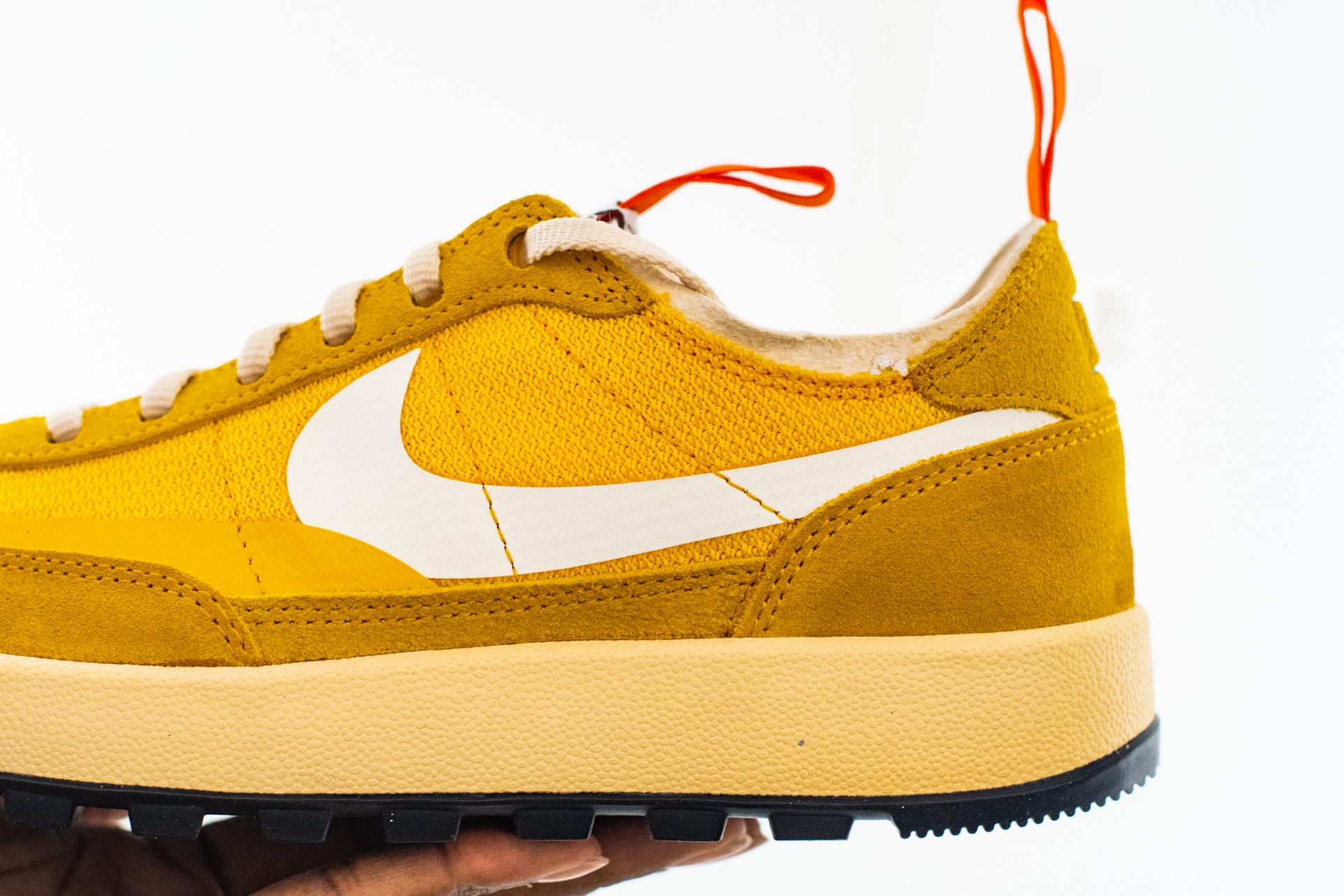 This is the second General Purpose Shoe release by NY-based contemporary artist Tom Sachs this year. It received instant popularity and sold-out status due to its functionality and quirky promotional rollout — a rollout that announced, “Creativity is the enemy” and implored wearers to shun newness for newness’ sake. With this declaration, Sachs is insisting wearers build on the foundation and ideas that they have currently. What are your thoughts on these? Do you agree with its manifesto?

The Tom Sachs x NikeCraft General Purpose Shoe in “Archive Dark Sulfur” was released on Sept. 1, 2022 at NikeCraft.com for $109 and will restock regularly.