What’s up, everybody? It’s ya boy Lade here, tapping in for another week of “Kickin’ Facts.” For this installment, I’m bringing you the latest sneaker from Heron Preston and Bape, a pair of Bape Sta’s in white and orange camo. For those of you who may not know, Heron Preston (HP) is a clothing brand founded by its namesake designer who also happens to be an artist, DJ, and all-around creative polymath. As far as Bape goes, the brand needs no introduction. It’s so intertwined into hip hop, Black fashion, and sneaker culture that it’s almost like a right of passage — every sneaker enthusiast has had a Bape era. Especially Bape camo. This pair takes cues from an unauthorized project that Preston did back in 2015 called “Street Sweepers,” where he remixed the Nike AF1 silhouette fusing it with the Bape Sta star and Gucci’s monogram. What seemed like an impossible collaboration then has now proven to be the standard method of creation for brands, so it’s no surprise that Bape invited Heron to do an official collaboration. The result is a spectacular mash-up of all things Bape and HP. To start, classic Bape camo in signature HP orange covers the toe, mudguard, eye stay, Bape Sta swoosh, and heel while contrasting white covers the rounded toe box, tongue, quarter, and midsole. Finishing details include a metal Bape lace lock, HP’s logo on the tongue that uniquely looks like a care tag, Bape Sta at the heel, and a co-branded insole. 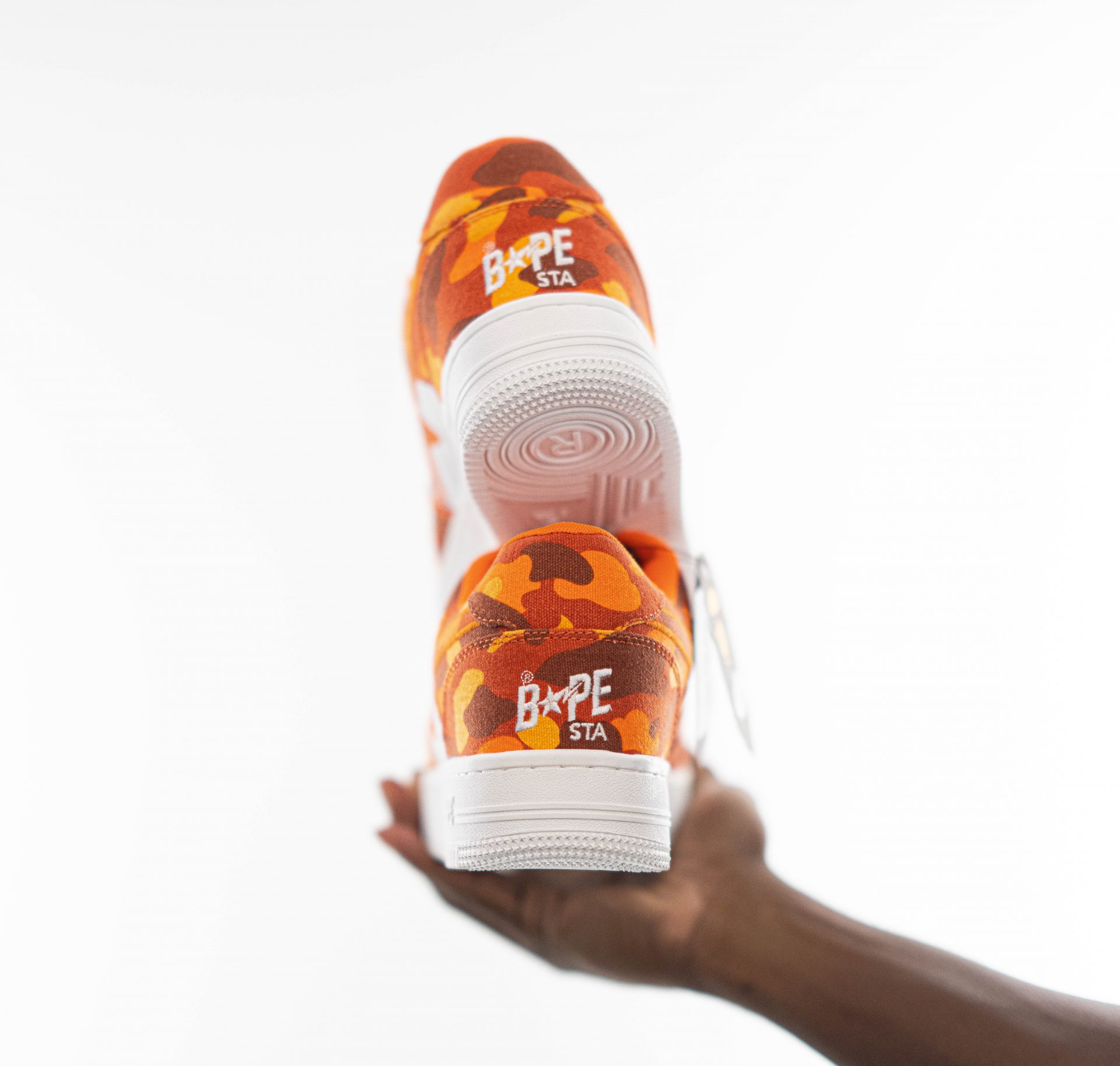 I also want to highlight the packaging because as a sneaker enthusiast, I appreciate a sneaker box that isn’t generic. Bape has always been known for its roomier, sturdier, and more colorful shoe boxes, so I was happy to see HP added his flair to the box, in addition to the classic Bape phrase: “Ape Shall Never Kill Ape.” What are your thoughts on these? The HP x Bape Sta pair is available now at Bape stores and Heronpreston.com for $365.