As the global death toll by way of the pandemic exceeds 4 million, new variants of Coronavirus have motivated regional policy change.

A swift uptick on the World Health Organization’s (WHO) Coronavirus (COVID-19) Dashboard has stimulated research efforts against the current 200,000 plus confirmed virus cases. As the global death toll by way of the pandemic exceeds 4 million, new variants of Coronavirus have motivated regional policy change. For example, New York City became the first central American metropolitan area to mandate proof of vaccination for indoor activities. As a result, workers and customers alike will need at least one dose of a vaccine to dine inside, enjoy performances or utilize gym memberships.

Concurrently, information regarding the COVID-19 Delta and Lambda variants is becoming more widespread. National deliberation covering ways for citizens to protect themselves better is also peaking. The Americas have been validated by WHO to display the most infected populations worldwide. Delta, the extended variant, first emerged overseas last year. It is proven to be more than two times as transmissible as its forerunner. However, the South-East Asia region, Delta’s place of origin, has less than half of the top precinct’s total: 38.8 million. 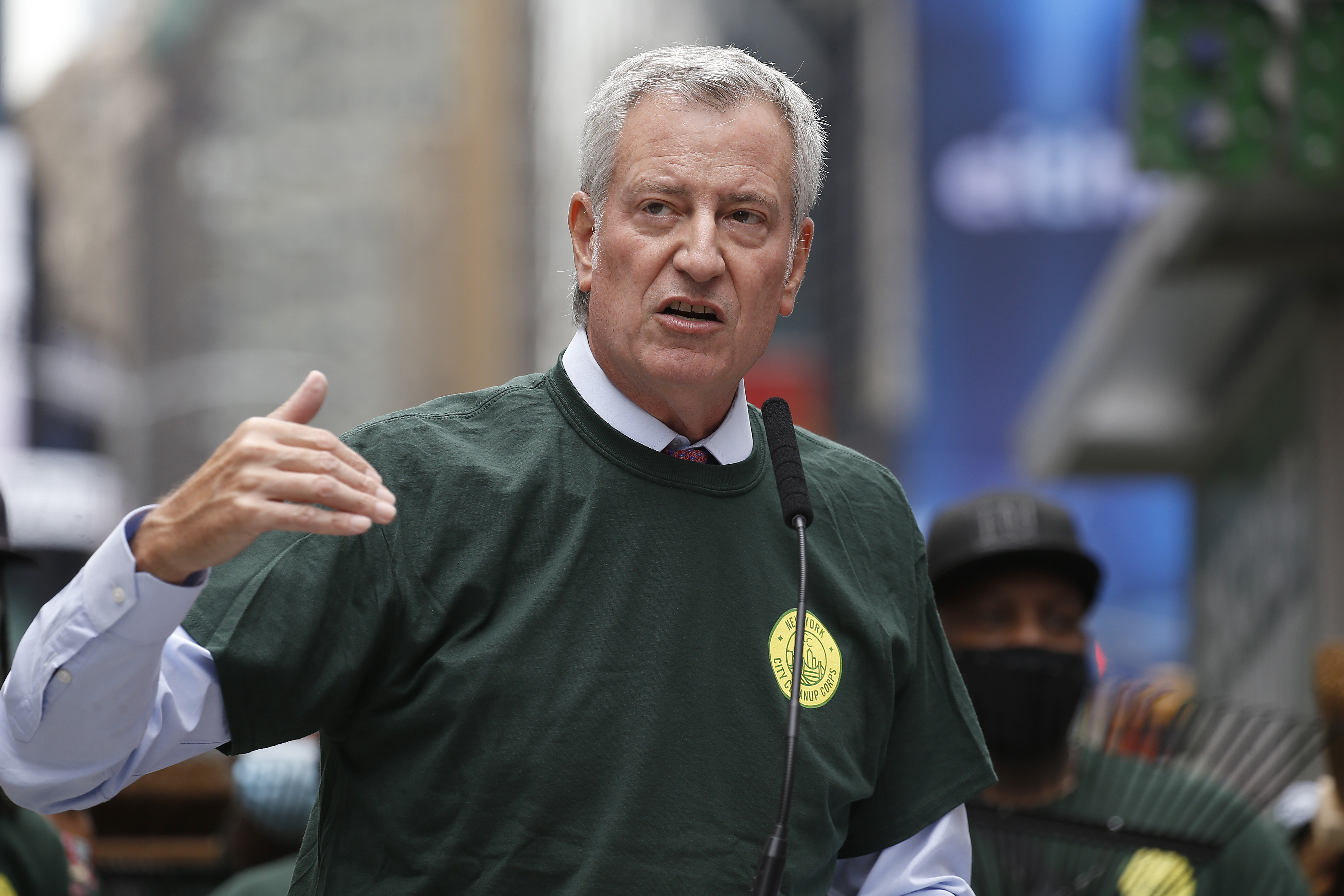 Again, key medical professionals have confirmed that Delta spreads through the body more aggressively than prior strain SARS-CoV-2. The Centers for Disease Control and Prevention (CDC) preliminarily endorsed that B.1.617.2 (Delta) had the potential to “... put more strain on healthcare resources, lead to more hospitalizations, and potentially more deaths.” This prediction has been realized. Reuters reported, “Among people infected by the Delta variant of the coronavirus, fully vaccinated people with ‘breakthrough’ infections may be just as likely as unvaccinated people to spread the virus to others...” last week.

With the mention of these variants, there are additional distinctions to examine. A reevaluation is taking place universally on the vaccine’s impact approaching asymptomatic carriers. The state of Indiana government FAQ page validated that Americans should not get vaccinated during isolation to avoid spreading the virus to others. Lengthening associated service nationwide will take more than people being reclusive and wearing masks. Beyond what persons can immediately see or feel, discoveries regarding the experience of long-haul symptoms of COVID-19 have been authenticated. As the Henry Ford Health System acknowledges, “Fatigue, headaches, brain fog, loss of smell and taste, muscle aches, shortness of breath, chronic cough and heart damage...” are among the aftermath of COVID-19 long-haulers.

For those being introduced to this concept, a comparable reference for the infections mentioned above is the lingering effects of untreated sexually transmitted diseases. I.e., long-term damage to one’s reproductive tract such as pelvic inflammatory disease. Coronavirus works against the body during periods where the ill are undetected. As Richard Neher, an evolutionary biologist, explained in his educational programs, these variants are “...the pandemic within the pandemic.” Getting checked continuously is necessary. 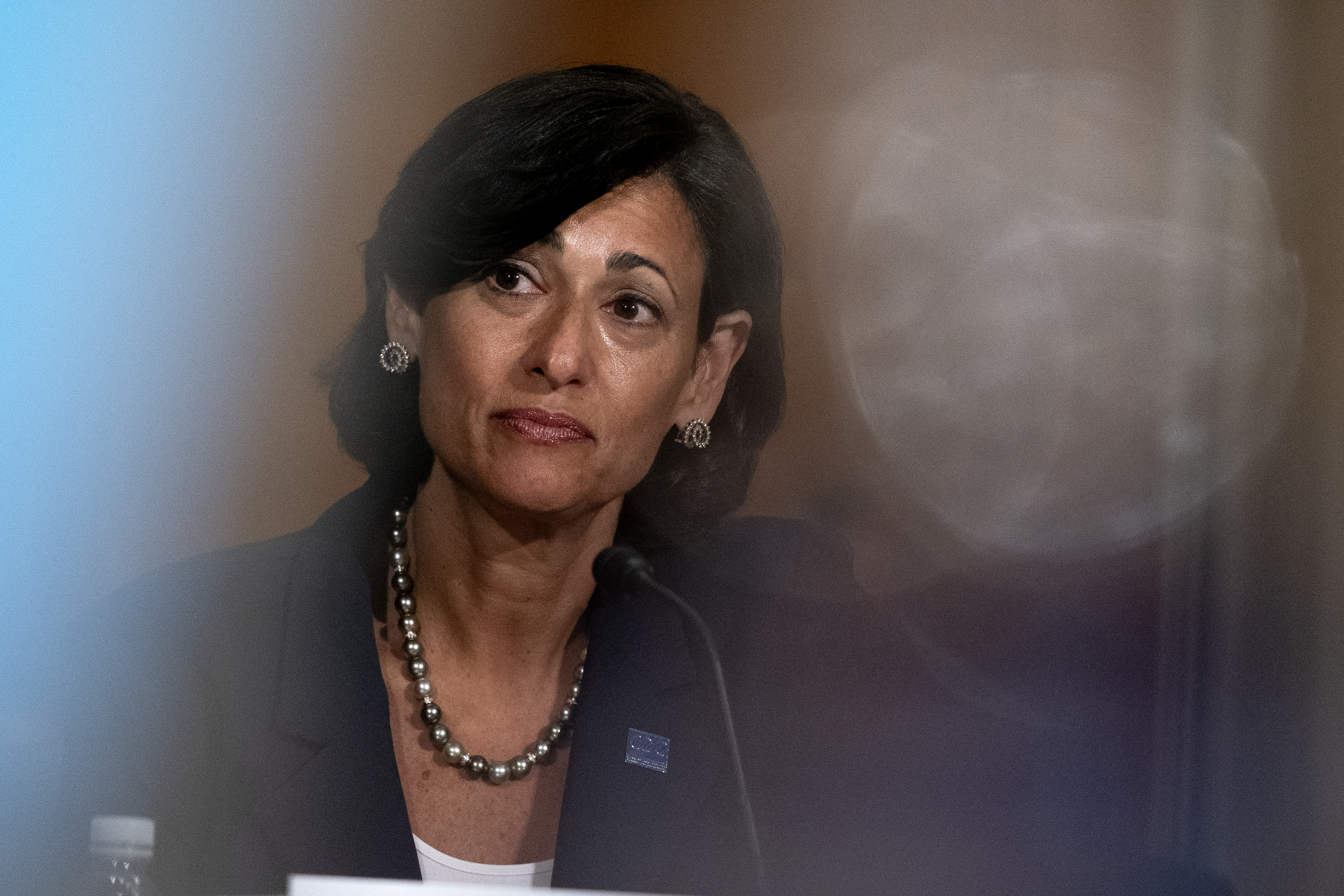 Unlike some areas globally, United States residents have comprehensive access to vaccination options. No available selection is a proven Coronavirus cure-all. Still, each shot aids in protection against the Delta or Lambda variant — the latter irregularity has proven to be resistant to vaccines. Per Newsweek, the on-the-rise variant was found in Peru and, “... 28 countries have identified Lambda variants... [Also,] Lambda has the potential for disease severity and has been identified as causing significant community transmission.” Upon entry of the nose or throat, the virus invades healthy cells — killing countless others in the process.

Moreover, the modern variant is known to fasten its “... spiky surface proteins to receptors on healthy cells, especially those in your lungs,” as illustrated by WebMD. Similar to the Delta variant, Lambda’s insertion of the lungs is recognized as a common cause of its subsequent fatalities. Even so, Coronavirus, in general, is not limited to sufferers’ respiratory tracts.

Updated mutations may spread to other organs like the brain, heart, or kidneys more swiftly. Further, the aftermath of how devastating scientists’ anticipated befalling variant could be to organs has yet to be seen. So, how quickly a carrier seeks treatment can become the difference between life and death. Bloomberg’s Vaccine Tracker site states, in America, 349 million doses have been administered thus far. 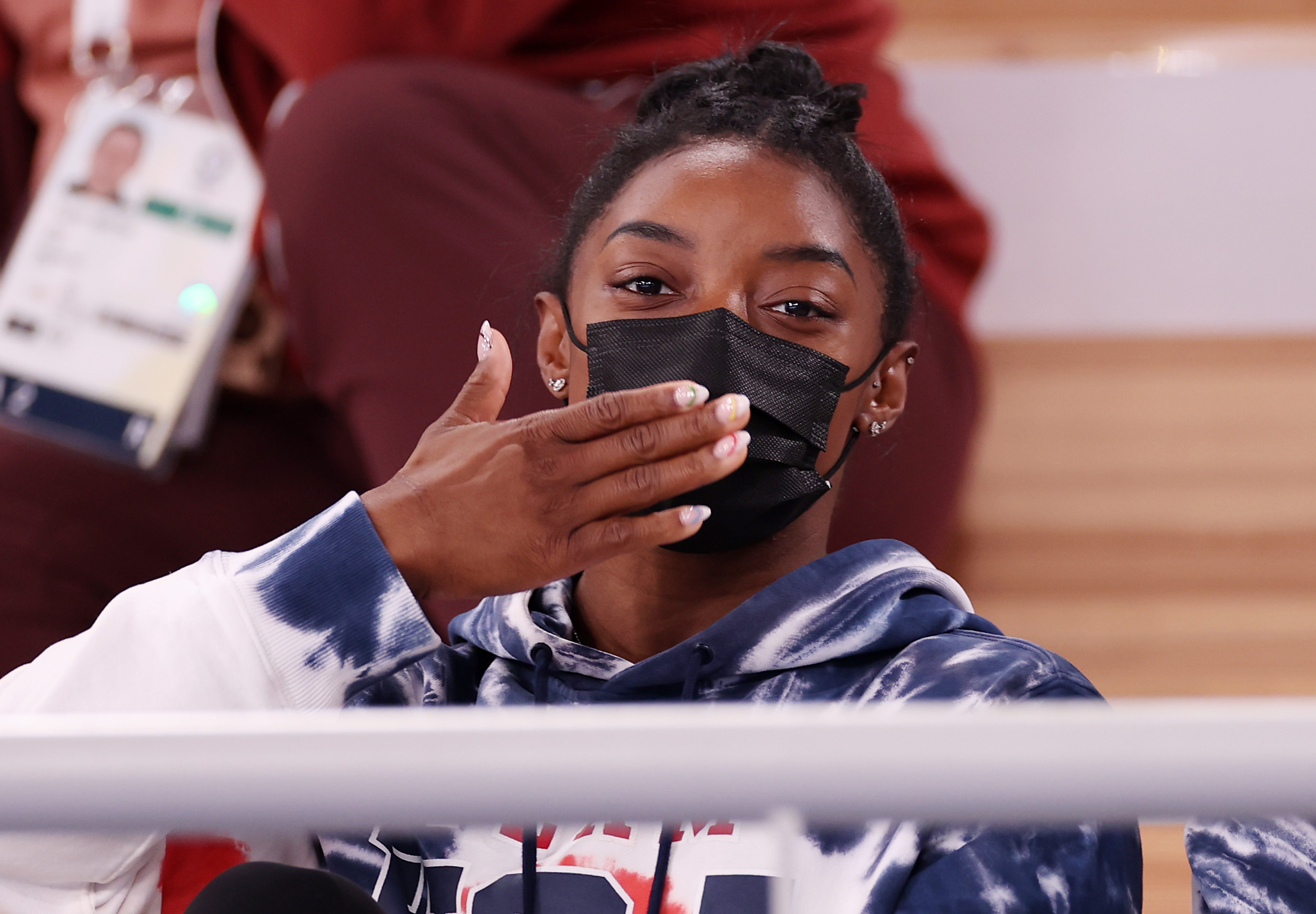 Experts have signified being “caught off-guard” by the progression of these medicinal infirmities. To reiterate why “... the virus hijacks the cell’s machinery, making myriad copies of itself and invading new cells. As the virus multiplies, an infected person may shed copious amounts of it, especially during the first week or so,” published Science Magazine. Millions of people have returned to lockdown orders against other world borders following society’s exposure to Delta, such as China.

Another Asian territory, South Korea, announced its first case of what is being recognized as the Delta-Plus variant a few days ago. The stimulated affliction has significantly affected younger bodies and has the potential to eclipse its predecessor. “The ‘Plus’ of the variant’s name refers to its K417N spike protein mutation” added to the Delta strain, per The Washington Post. Delta-Plus has been detected in 10 countries including the United States.

Below in South America, Lambda has evolved into the dominant force. It is now categorized by WHO as a “variant of interest.” There have been approximately 1,000 cases of Lambda in the country since its first detection. GISAID, an initiative that promotes the rapid sharing of data from all influenza viruses and Coronavirus causing COVID-19 — authenticated Peru, in particular — has been ravaged by this unique mutation. Since April, more than 80% of infections have resulted from the strain within this Spanish-speaking location. The Delta, Delta-Plus, and Lambda variants do not discriminate. 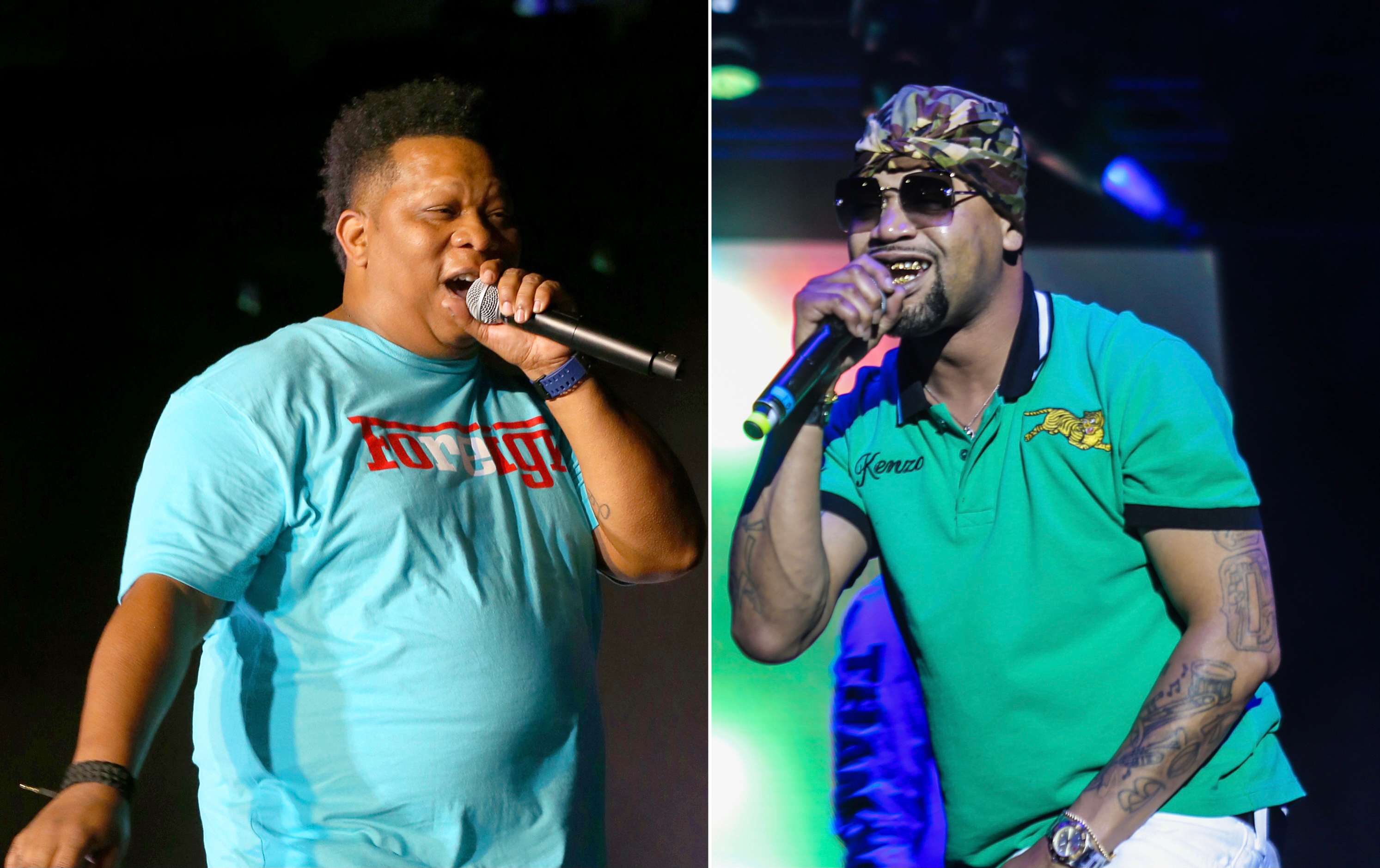 The World Population Review solidifies that the United States is among 2021’s most racially diverse countries. Our national collective is affected either directly or by way of distant loved ones on a larger scale. Black and POC populations have been the most gravely underserved identities next to COVID-19 stateside. Statistics support that no matter their financial framework, people with privilege have access to virtually every public necessity first, i.e., health care, corporate openings, the absence of structural racism, etc. As Delta becomes an increasingly transmissible strain, preceding racial and medical inequalities invoke anxiety.

Concrete figures on how competently separate vaccines ward off each emerging variant are developing, but shot dosages are proven to deter COVID-19 infections. Earlier, AP wrote that last year, “Black people were slammed, dying at rates higher than those of other ethnic or racial groups...” during the pandemic. Should the specified variant evolve into the dominant strain worldwide, populaces may dispute what elected officials are doing to ensure the lethal inclination does not continue.