In the 13 months since the death of George Floyd, many have spoken out about the grave injustice of the situation. During today’s sentencing hearing for the man responsible, members of Floyd’s family did so once again.

Earlier today (June 25), Derek Chauvin, the former Minnesota police officer who was convicted of second-degree unintentional murder, third-degree murder, and second-degree manslaughter, was sentenced to 22 and a half years in prison for the charges. During the hearing, Gianna, gave a touching victim impact statement in a video played for the court.

In the video, a woman asks Gianna questions about her relationship with Floyd, who died after Chauvin knelt on his neck for almost nine minutes last year. Gianna says she asks about her dad “all the time,” and the question she usually asks is this: “How did my dad get hurt?”

At another point of the impact statement, Gianna says that she wants to play with her father if they’re reunited some day. “I want to play with him, have fun. Go on a plane ride. And that’s it,” she says.

In one of the most touching moments, Gianna recalls the activities that she and her dad would get into while he was alive. “We used to have dinner meals every single night before we went to bed,” she says. “My daddy always used to help me brush my teeth.” 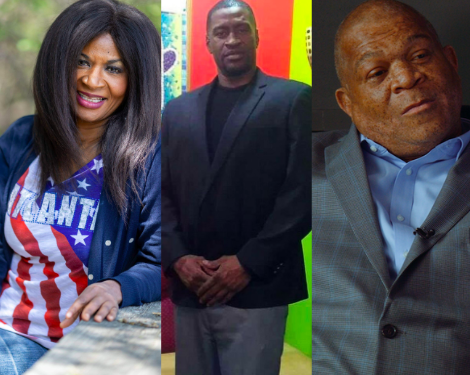 Gianna’s comments were one part of an emotional hearing for a gripping case that has had a seismic impact since it first began unfolding last year. In statements given exclusively to REVOLT, Selwyn Jones and Angela Harrelson, his uncle and aunt, voiced their satisfaction with Chauvin’s sentence.

“This is what justice for George looks like. This is a major turning point for our country because it holds Derek Chauvin accountable for his crime. After his conviction, there was a sense of relief but after today’s sentencing there’s a sense of vindication. No one thought he would get this much time behind bars but I think the judge made the right call and I’m very thankful,” Jones explained.

For her part, Harrelson said: “Today’s sentencing is an absolute vindication. It feels like we’ve finally achieved justice for George. I want to thank the prosecution for building a tremendous case that shined a light on the truth of what happened. I’m grateful to the judge for delivering accountability. This is not about hatred, it’s about overdue change. This world so desperately needs to make it a better place for Black America and for all people in this world to live fairly. Equality is not an option, it is a birthright for all people.”

Watch George Floyd’s daughter give a victim impact statement below.