The three former Minneapolis officers involved in the murder of George Floyd may be facing a new charge as prosecutors are looking to indict them on an additional charge, NBC News reported.

On Thursday (May 20), prosecutors appeared before the Minnesota Court of Appeals where they requested to file a count of aiding and abetting third-degree murder against Thomas Lane, J. Kueng and Tou Thao. In their argument, they asked the three-judge panel to send the case to a lower court to add the new charge, citing the reinstatement of Derek Chauvin’s third-degree murder charge as a reason why the judges should rule in their favor.

The court, they explained, is supposed “to treat like cases alike.”

The prosecutors’ request was met with push back from Deborah Ellis, an attorney for the three officers, who reasoned that adding the additional charge was legally impossible. As she explained to the appellate’s court, third-degree murder is an unplanned act; aiding and abetting, however, is intentional. She added that the murder charge must be applied in instances where the act was recklessly committed with “lack of moral consciousness” and disregard for human beings.

State attorney Neal Katyal retorted, explaining that a defendant aids in a reckless act once they help knowing the recklessness of the crime. 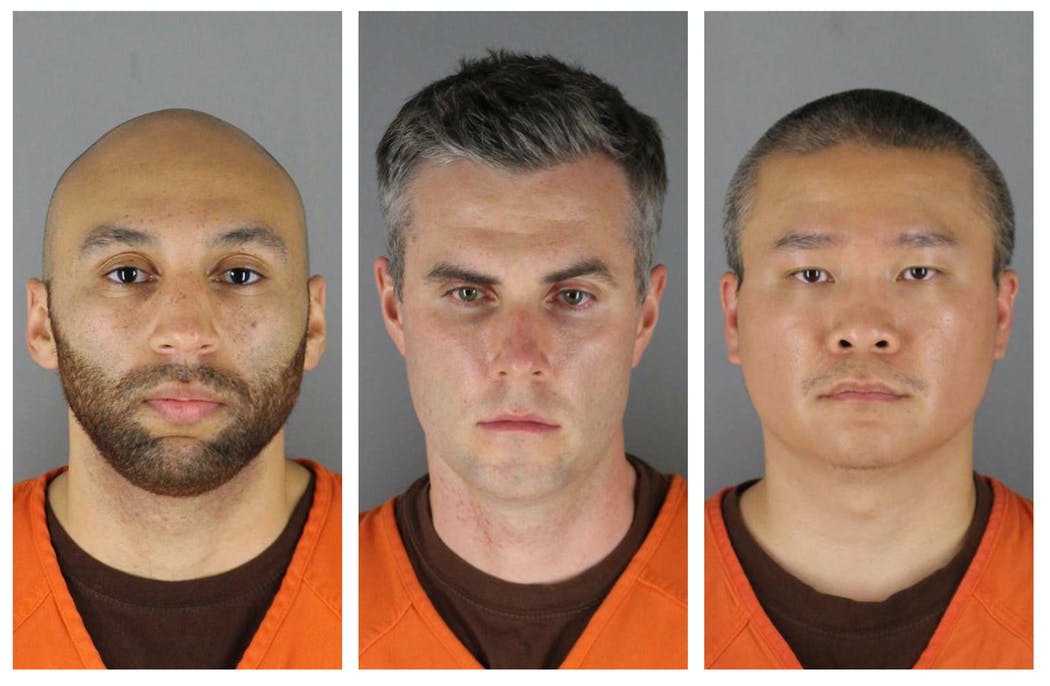 Lane, J. Kueng and Thao currently face charges of aiding and abetting second-degree murder and manslaughter in Floyd’s murder. They have also been hit with civil rights charges and are waiting for the judges’ ruling about the additional charges, which will be announced within 90 days. They are scheduled to face trial next year in March.

Chauvin was already found guilty on counts of second-degree murder, third-degree murder and manslaughter for the murder of Floyd, who passed away after the former cop suffocated him to death by placing a knee to his neck for nearly nine minutes. His sentencing date is slated for June 25. Aggravating factors in his case may increase his prison sentence.