While it won’t be a quick, clean process, the MLB is making strides to show their statements following the killing of George Floyd and the racial unrest that followed aren’t just wordplay.

The Summer of Reckoning was an interesting time to say the least. By the time the dust — and hashtags — settled, we were left with more questions than answers. What’s next? Will there be action behind words? The country was inundated with statements and pledges to increase diversity and obliterate the systemic racism deeply woven into the fabric of the nation. For Major League Baseball, one of the solutions was to build the foundation. There’s a disproportionate number of Black MLB players and front office executives, and that starts at the roots. Black kids simply haven’t been playing baseball and the league is seeking to change that.

One thing that is sure to increase access and visibility in underserved communities is the appointment of Ken Griffey, Jr. as senior advisor to Rob Manfred, the league’s commissioner. In this role, he will concentrate on enhancing Black youth involvement at the amateur level. The Hall of Famer will also appear at youth baseball initiatives and special events as an ambassador for MLB. Affectionately known as “The Kid,” Griffey understands the elements he is up against. Most children in the Black community are ushered toward basketball and football. The glitz and glam of the NBA and NFL are full on display — even more so now than during The Kid’s hay day — thanks to social media. 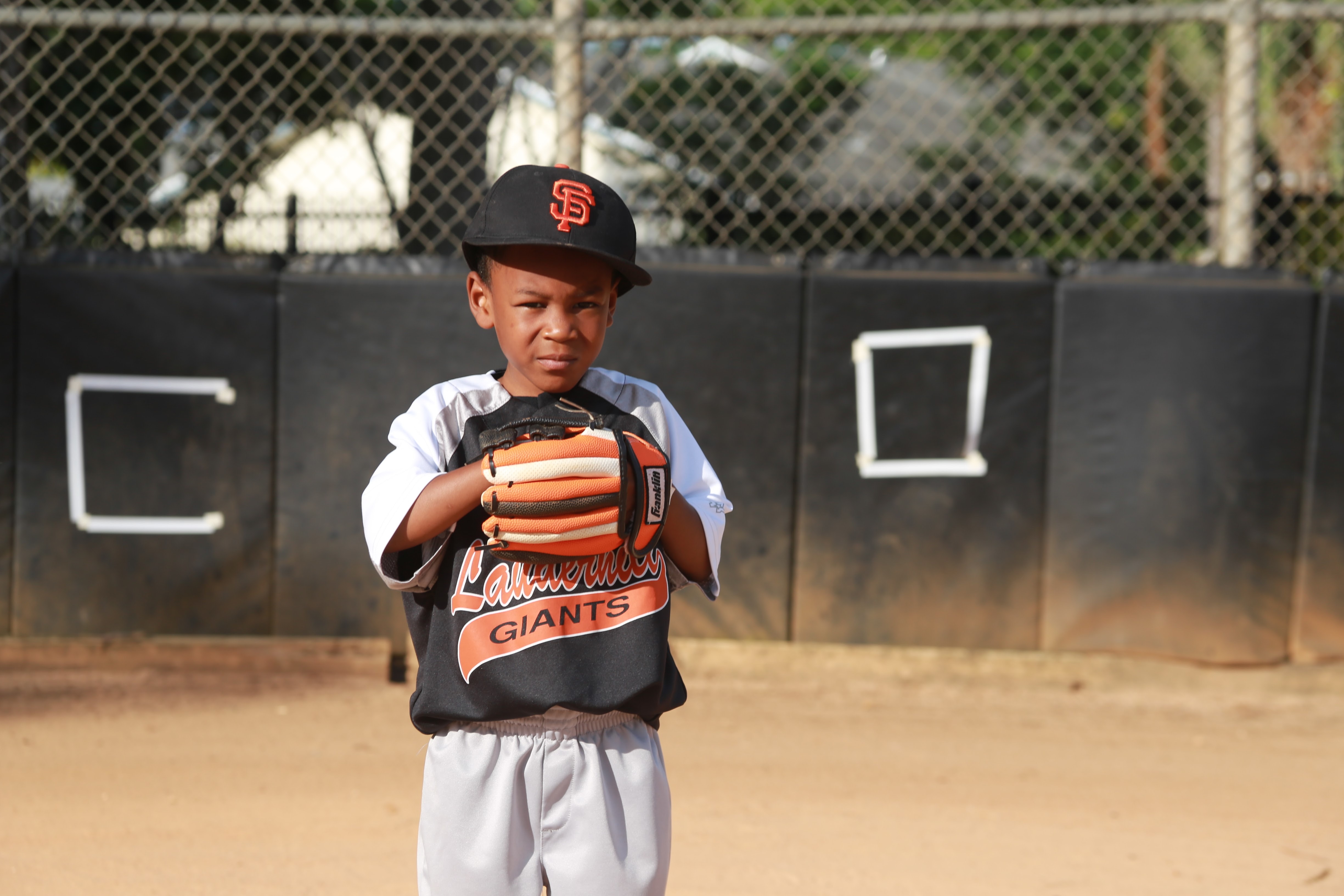 “I’m trying to get kids to play baseball. I think it’s the greatest sport in the world, and I want more kids to play,” Griffey explained to MLB Network. ““Kids don’t think that they can make a living playing this game because they’re too small. You’ve got guys who are future Hall of Famers and Hall of Famers who are under 5-[foot]-9. It’s not the size of the person. It’s what you can do on that field. I could care less if you’re 5-2. If you can play ball, you can play ball, and I want you.”

Although through a different medium and intended focus this time around, the 13-time All Star is no stranger to bringing baseball to the “culture.” His acrobatic catches and 630 home runs made the lefty one of very few Black baseball players who could be considered household names. Inducted into both the Seattle Mariners’ and Cincinnati Reds’ Halls of Fame, the Major League Baseball All-Century team member also brought swag to America’s favorite pastime by way of his signature Nike shoe. It was important to the 10-time Golden Glove Award winner that the shoe be “loud” and fashionable. A 2021 retro release of his signature shoe has introduced the star to a new generation of sneakerheads, which helps his mission even more.

Ken Griffey, Sr. was a baseball star himself and passed the torch to his son. However, Jr.’s three children ultimately chose different paths. After starting their careers in baseball and softball, the new generation has gravitated to basketball and football. The two oldest children attended the University of Arizona on athletic scholarships for football (Trey) and basketball (Taryn) with Trey going on to play in the NFL. The youngest, Tevin is actively being recruited to play college football.

In addition to Griffey’s star power, LeBron James’ newly acquired involvement in MLB is sure to increase the interest of the young Black demographic. James and business manager Maverick Carter became partners with the Fenway Sports Group in March. As a result, the Lakers star and Carter became the first Black partners in FSG history. More importantly, the transaction makes the four-time World Champion part owner of the Boston Red Sox. It’s no secret that the Boston sports scene isn’t the most inclusive when it comes to race. 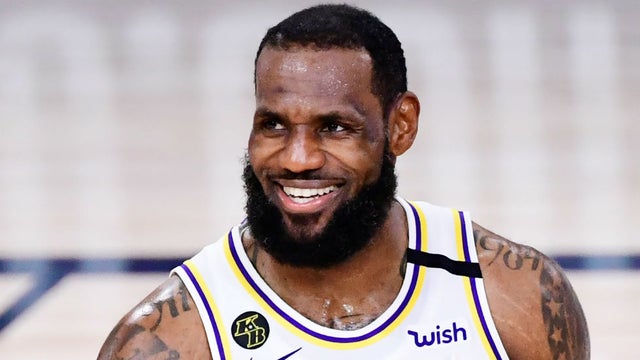 In 2017, it was the verbal assault endured by Baltimore Orioles’ centerfielder Adam Jones at Fenway Stadium that forced media coverage to take a hard look at race relations of Beantown. Jones was called the n-word several times and had a bag of peanuts thrown at him by a fan. Although this wasn’t the first time he was heckled by racists in Fenway, Jones said that this one was the worst he had encountered in his entire career. The Red Sox issued a public apology after the incident, and the mayor and Massachusetts governor both made statements condemning the fans’ behavior.

In addition to Jones, P.K. Subban of the Montreal Canadiens was the recipient of several racists tweets following his game-winning goal against the Boston Bruins in 2014, while NBA star DeMarcus Cousins was called a racial slur when facing the Boston Celtics as a member of the Golden State Warriors. Celtics guard Marcus Smart recalled an incident that happened to him after trying to warn a mother and her child of oncoming traffic. Speaking with Marcus Spears of The Undefeated, Smart said the woman calling him he n-word while sporting an Isaiah Thomas jersey. “They cheer for you and you hear that right after. It was more of a disappointment than really being hurt. I was like, ‘Damn, that shit really happens.’ I play for the city of Boston, but it still happens.”

Dating back to the days of anti-busing protests in response to the desegregation of public schools, the city has been known to be less than welcoming to people of color. This should provide for an interesting dynamic seeing as how vocal James is in his fight for social justice. As recently as June 2020, former MLB All-star Torii Hunter revealed that he had been called the n-word a hundred times at Fenway prompting the Red Sox to issue a statement via Twitter. It read:

“Torii Hunter’s experience is real. If you doubt him because you’ve never heard it yourself, take it from us, it happens. Last year there were 7 reported incidents at Fenway Park where fans used racial slurs. These are just the ones we know about. And it’s not only players. It happens to the dedicated Black employees who work for us on game days. Their uniforms may be different, but their voices and experiences are just as important. We are grateful to everyone who has spoken up and remain committed to using our platform to amplify the many voices who are calling out injustice. There are well-established consequences for fans who use racial slurs and hate speech in our venue, and we know we have more work to do. This small group of fans does not represent who we are, but are rather a reflection of larger systemic issues that as an organization we need to address. True change starts from within, and as we identify how we can do better, please know that we are listening. We hear you, and we believe you.” 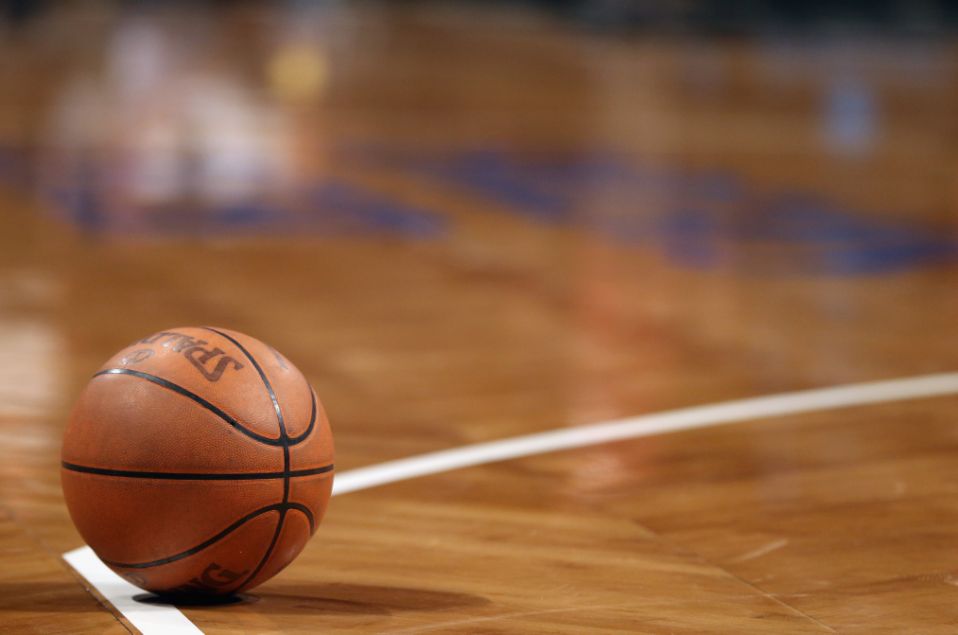 While it’s unknown what James’ involvement will be from an ownership standpoint, it’s a pretty safe bet that changing the racial climate will definitely be on his agenda. Perhaps his role can encourage players who otherwise avoid the Red Sox due to the bigotry to reconsider putting on a Boston uniform. More importantly, with his star power consistently on the rise, James’ MLB involvement can spark and keep the interest of young Black athletes.

During his quest for his fourth championship, the Cleveland native also put action to his fight against voter suppression with “More Than a Vote” — it is a subject that the MLB as a whole is tackling itself. After the state of Georgia passed legislation that will spur voter suppression, the league made the decision to move the All Star Game from Atlanta as previously scheduled. The move garnered support from Former President Barack Obama, former Georgia gubernatorial candidate Stacey Abrams, Atlanta Mayor Keisha Lance Bottoms, and of course, James who tweeted how proud he is to be a part of the MLB family.

In his statement, Commissioner Manfred stated, in part:

“I have decided that the best way to demonstrate our values as a sport is by relocating this year’s All-Star Game and MLB Draft.

“Major League Baseball fundamentally supports voting rights for all Americans and opposes restrictions to the ballot box. In 2020, MLB became the first professional sports league to join the non-partisan Civic Alliance to help build a future in which everyone participates in shaping the United States. We proudly used our platform to encourage baseball fans and communities throughout our country to perform their civic duty and actively participate in the voting process. Fair access to voting continues to have our game’s unwavering support.”

While it won’t be a quick, clean process, the MLB is making strides to show their statements following the killing of George Floyd and the racial unrest that followed aren’t just wordplay. They appear to be putting the muscle behind dismantling the layers that form systemic oppression from the grassroots of amateur athletes to the pinnacle of franchise ownership and democracy.