In this installment of “Tour Tales,” the tour manager discusses Ms. Lauryn Hill, helping Kehlani do her first drive-in show, and how dedicated both are to their work.

When the COVID-19 scare intensified in late February 2020 while Ms. Lauryn Hill was in Dubai on tour, Moshé Davenport remembers the star caring for her crew.

“She wasn’t playing with it. She sat down with us and said, ‘Let’s talk about this.’ She wanted everybody to give their input versus her deciding by herself if we do the shows. No one felt comfortable and she didn’t want to be responsible for any of us or herself getting COVID,” Davenport told REVOLT.

In this installment of “Tour Tales,” the tour manager discusses helping to change the singer’s reputation of being late to shows, helping Kehlani do her first drive-in show, and how dedicated both are to their work. Read below. 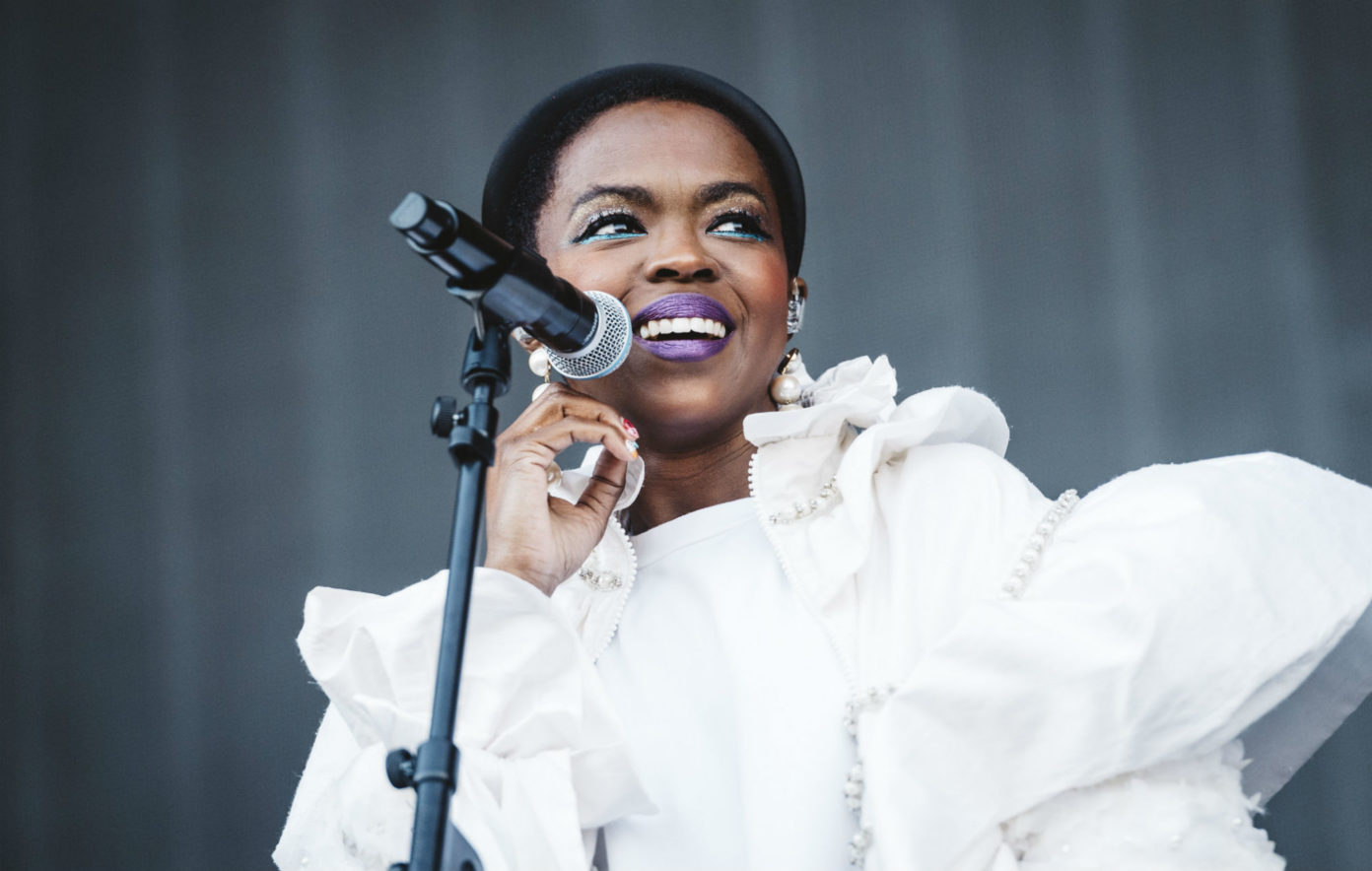 When did it link up with Kehlani?

I first met her manager David Ali at a Blackbear show. One of my mentors Doreonne Stramler was working for her and he couldn’t do a show. He mentioned my name to David, and David was like, “Oh yeah, he’s a good dude.” Dorian brought me in to sub for him, and then he ended up backing away from the gig and let me have the gig as the production manager. This was near the end of 2018. She had a two-piece band, we all clicked. She didn’t have a tour manager. They just had Dorian doing production and acting as tour manager. When I came in, I started doing that, as well... I love working with her. She’s super humble and one of my favorite artists I’ve worked for in my 20 years in this industry.

What is her dedication to her live show like?

She’s totally in. She will get with Dave Drake, which is her music director, and will come up with the show before the band starts rehearsing. When we were getting ready for the Bieber tour before it was canceled, she, I, and the creative director were talking because we were going to have dancers and were planning from February even though we weren’t going, [we] got [to] do rehearsals in April because the tour wasn’t going to start until May.

You posted a video of her rehearsing in July 2020. What was that for?

This was a private drive-in concert from Audi in Malibu [on July 16, 2020]. That was the first show we did since February and the album had come out. She and Dave put the show together, and that video was her coming in and making sure she liked how they set everything up for the show. It was a drive-in show, so it was different for all of us. People were in their cars and some people were out of their cars. 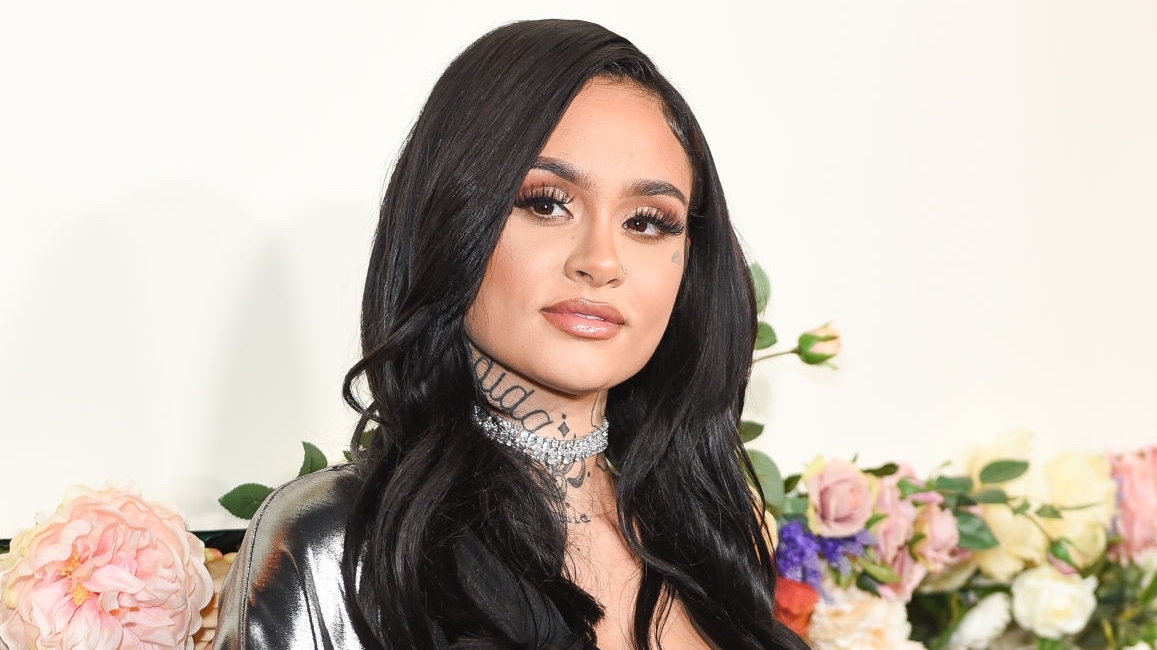 She’s super cool and not stressed. That’s one of the things I love about her. She’s even keel and a great presence. She makes you comfortable because she’s not stressing. At that drive-in show, it was different for her and she was singing new music. So, she was like, “We’ll see how this goes.” You can tell the more she sang the more comfortable she got.

The last tour you did before the pandemic was Ms. Lauryn Hill’s theater run from February to March 2020. What went into putting that together?

I got connected to her through Alex Rivas because I’ve known Alex for years. We were working with Ingrid [Burley], one of Beyonce’s artists from Parkwood. She called and asked if I’d be interested in being the tour manager for Ms. Hill on her theater run. I said, “Sure. Who wouldn’t want the opportunity with Lauryn Hill?” She was like, “OK. You have to talk to Ms. Hill. I’m sending her your number. She’s going to call you in a second.” I was like, “What?” So, we got on the phone for about 30 minutes, and five minutes in I realized, “I’m on the phone with the Lauryn Hill.” She just wanted to get a feel of me and wanted to be comfortable with me because she didn’t know me. A tour manager for an artist means you’re in close with the artist. I’m her first line of contact, technically.

What did she want for her live show?

The first show was very, very tricky because she was doing a new design and a new show. So, this tour was the rollout of new everything. We did two days of rehearsals of the first theater venue in Jersey because she had a scrim in front of her that had a projection on it. She also had scrims behind the band that had projections on them. She had lighting and a full band with singers. Her show has two engineers. I mixed monitors for her and she had another engineer mixing for the band. It was a lot. There were some long days because of the production. With the wardrobe, makeup, hair, and everything, we travel with 30 people. We even went out of the country with that many people. Her wardrobe is about 30 bags of clothes. All that has to be accounted for. We were flying to Dubai, so you can tell what that security was like. 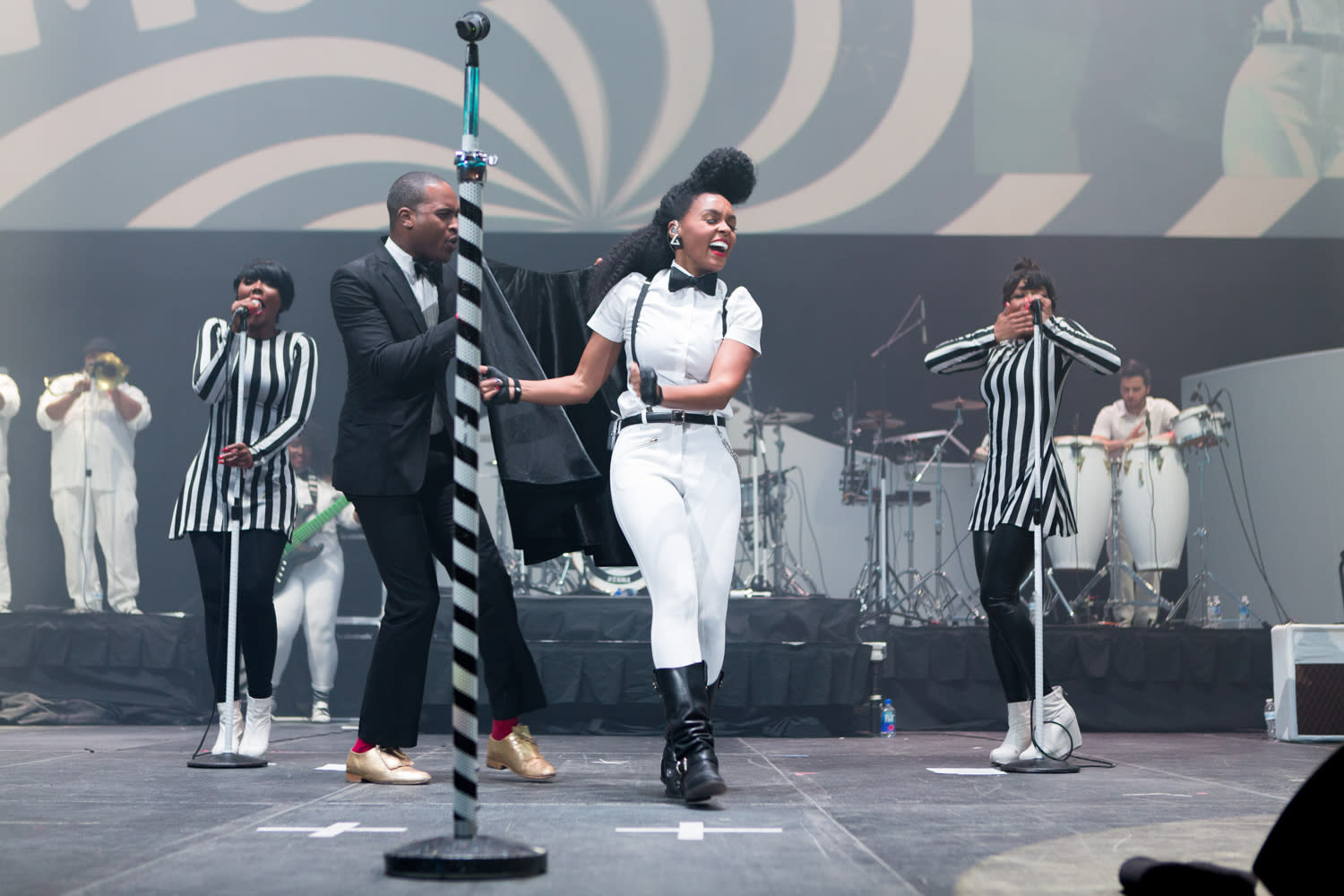 That Dubai show was Feb. 26, around when the pandemic started to get serious for the music industry. How’d the health scare affect your travel?

Basically, we were supposed to go to another country that was overseas and they canceled the show, and we came back to the U.S. hoping we wouldn’t have to suffer quarantine or anything like that because we had shows after that. But, we didn’t have to. When we first got to Dubai, somebody had died due to COVID. We got there in the morning and someone died that night.

What were Ms. Hill’s thoughts on COVID-19?

She wasn’t playing with it. She sat down with us and said, “Let’s talk about this.” She wanted everybody to give their input versus her deciding by herself if we do the shows. No one felt comfortable and she didn’t want to be responsible for any of us or herself getting COVID.

How dedicated was she to her live show?

What fires did you have to put out as a tour manager?

When she brought me on, one of the things she was very adamant about with me was changing the culture and image. That meant how much time it’ll take her to come on stage where people are always like, “Oh, she’s six hours late.” Most of the time, we were close. We might not have been right on every single time, but we close most of the time getting her on stage.” I’d tell her, “Ms. Hill, we have to go,” and she’d be like, “OK, Moshe.” She respected it. One of the things I told her was, “If you work with me, we work together, and everybody is cooperative, we can all change the image of how people look at you.” She was committed to that. But, it was about taking those hard phone calls. As soon as you call a venue saying, “Hey, I’m Moshe, Ms. Hill’s tour manager,” one of the first things you’d hear is, “Are we going to have her on time? Are we going to have to go into overtime? We know she’s usually three to four hours late.” That was every phone call every single time. The fire was getting these venues that we’re changing the culture. It’s hard for people to erase that from their minds. But, I told them I needed them to have an open mind about this. 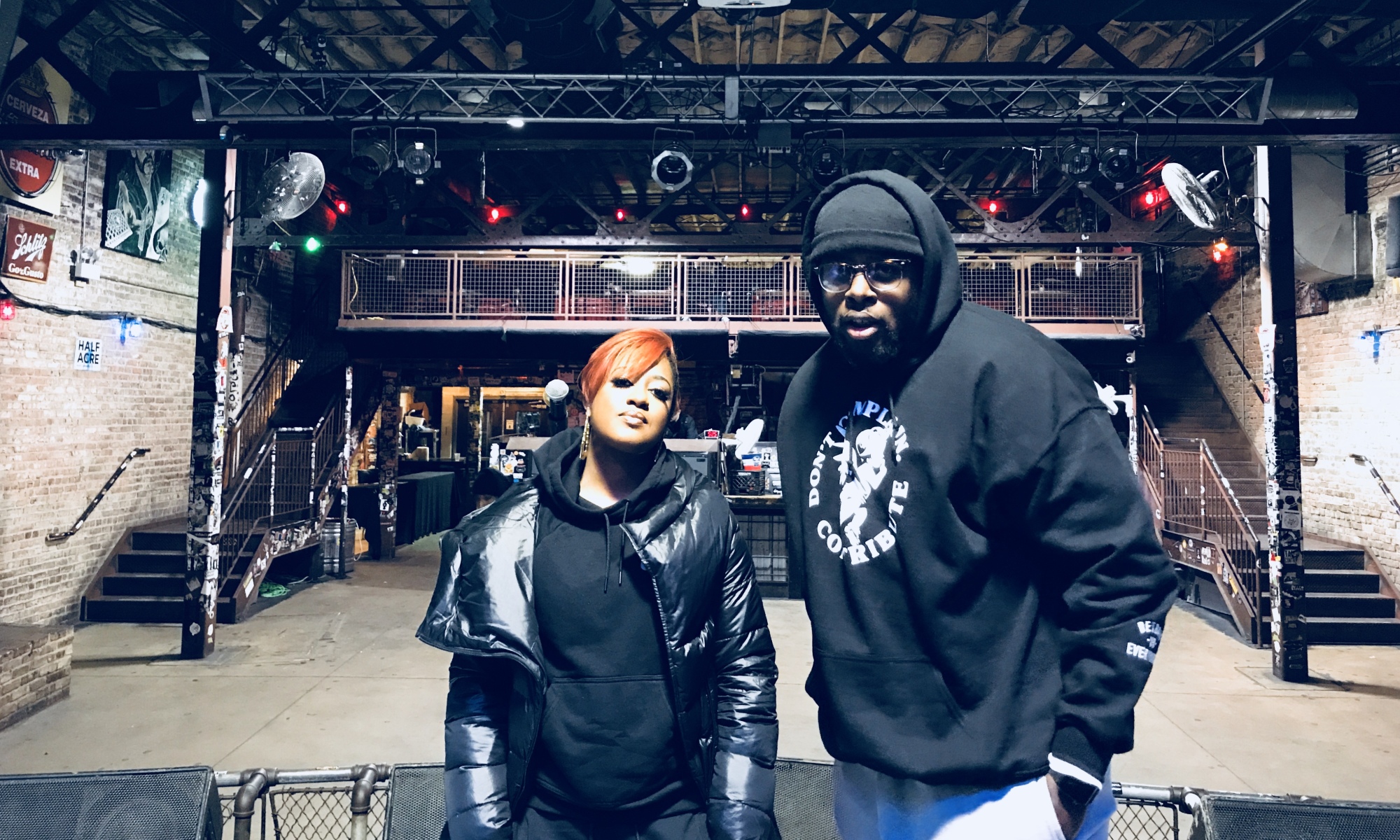 What show from that theater tour really stuck out to you?

Her hometown show in New York. There were 3D flowers floating around her on the scrim, so you couldn’t necessarily see her face but you saw her standing there. You see all these flowers, butterflies, and it looks like she’s literally walking through a forest. The first time it came on, they were like, “I know I don’t see her, but is she about to come out of this forest.” You could hear the people in the audience. Near the end of the show, she would have the scrim go up and of course, they’d see her fully.

Pollstar projected the concert industry lost $30 billion in 2020. How will that affect future shows?

It’s going to change things. I was on Clubhouse in a room where we were discussing touring this year and moving forward. What’s going to have to happen is a concerted effort from the venue to the agent to managers/artists and all the way around to get shows back on. The venues are going to need to do everything it needs to do to make sure artists are safe and healthy. It’s also going to be on the crew and tour managers to make sure they do everything to protect their artists and crews traveling. Also, from a financial side, venues aren’t going to be able to be at 100% capacity, so that means the artist isn’t going to be able to charge as much. So, everyone’s cut has to be less so we can all get back out here to work. Everything is going to have to change from catering to the backstage meet-and-greets. Can it change? Yes. Will it change? It doesn’t have a choice.