Another Capitol rioter has been arrested for his involvement in the Jan. 6 attack.

Another Capitol rioter has been arrested for his involvement in the Jan. 6 event. According to PEOPLE, Larry Rendell Brock, who was photographed holding zip-tie handcuffs while in full combat gear, was taken into custody after his ex-wife and a number of other people who knew him reported him to authorities.

On Sunday (Jan. 10), Brock turned himself in to FBI agents after agreeing to meet them at a police department in Grapevine, Texas. He’s now facing “two federal charges of knowingly entering a restricted building without lawful entering, and one count of violent entry and disorderly conduct,” the publication reports.

According to her affidavit, Brock’s ex-wife, who hasn’t been identified, told the FBI: “I just know that when I saw this was happening, I was afraid he would be there. I think you already know he was there. It is such a good picture and I recognize his patch.” 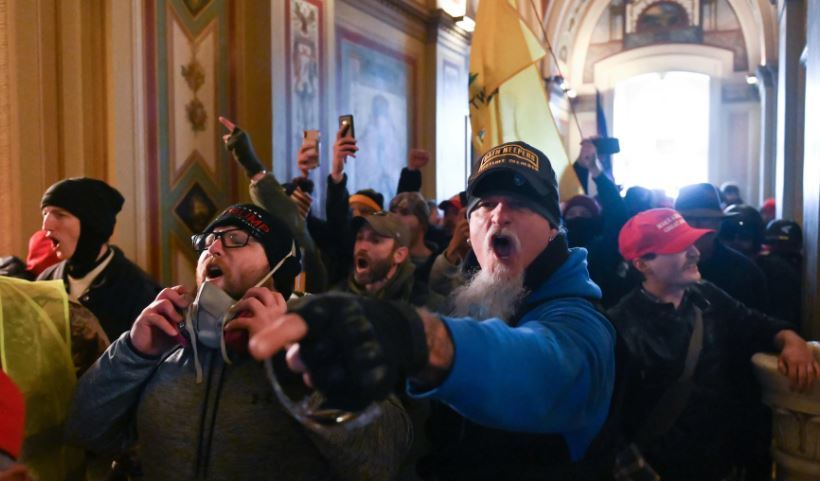 Another person recognized Brock because of his tattoos. “It looks like him and he has pilot wings on his chest in this picture,” the witness added. “He was an A-lO pilot. Worked at L3” — an aerospace and defense company — “and he still has contacts that work with L3 that knew he was flying to Washington DC.”

A number of rioters have already been arrested and federally charged for their involvement in the U.S. Capitol attack in attempt to stop the certification of President-elect Joe Biden’s election victory. “What we witnessed yesterday was not dissent. It was not disorder. It was not protest. It was chaos,” the soon-to-be prez said about the ordeal.

“They weren’t protesters. Don’t dare call them protesters. They were a riotous mob. Insurrectionists. Domestic terrorists. It’s that basic. It’s that simple. I wish we could say we couldn’t see it coming, but that isn’t true. We could see it coming.”

Biden added: “No one can tell me that if it had been a group of Black Lives Matter protesting yesterday, they would have been treated very, very differently than the mob of thugs that stormed the Capitol. We all know that’s true. And it’s unacceptable. Totally unacceptable.”