In this installment of “Tour Tales,” Klocek discusses how he ended up photographing Dennis Rodman at a rap show, how nice Chief Keef actually is, and offers advice for photographers looking to shoot shows. Read here.

Josh Klocek has photographed the clout chasers and the legends, the new generation and the old. He’s always in the right place at the right time and that’s afforded the Chicago native the ability to connect with artists who change the world.

“I lived 15 minuets away from Juice [WRLD] and knew him before the clout. I knew him when he was an emerging artist out of Chicago. He always showed love and was more of a friend than artist. He was super nice to everyone. He’d basically be down for everything,” the photographer told REVOLT.

In this installment of “Tour Tales,” Klocek discusses how he ended up photographing Dennis Rodman at a rap show, how nice Chief Keef actually is backstage, and offers advice for photographers looking to shoot shows. Read below. 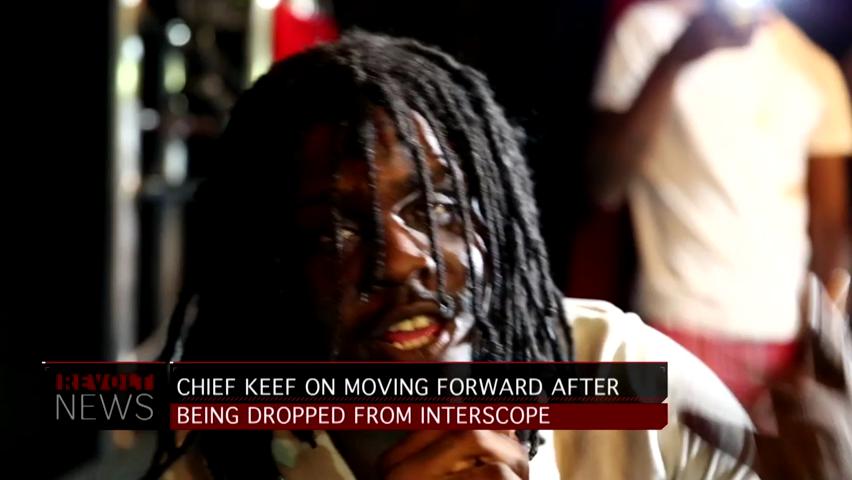 I remember shooting Famous Dex in January 2018 at The Forge in Chicago. It’s a crazy venue that has 50 people on the stage at all times. I didn’t have any experience shooting music at that time. I just snuck in the show to see what was going on with it. The energy was insane. Dex was crowd surfing and going up to all of the fans. Everyone was on top of each other.

You captured some rare photos of Dex, such as the one with him and Lil B backstage at Lyrical Lemonade Summer Smash Festival. How did that moment happen?

It was crazy. I wasn’t expecting Lil B to be there. I was just chilling in the artist area and I saw this dude with long dreads and a jean jacket. I went, “Is that?” I looked again and said, “That’s Based God. What the hell?” Dex just got off the stage, and Lil B ran up to him and gave him this big hug. They performed a song together onstage. It was a legendary moment.

How did you have to adjust at the last second to get those photos?

I had to run into the pit because I was backstage and had to push past security. I climbed on the stage from the side to get photos from behind, too.

What’s the most memorable show you’ve ever shot?

The one I’ll never forget is shooting Wu-Tang Clan at the show for the 25th anniversary for Enter The Wu-Tang (36th Chambers). I was able to be onstage with all of them. These are the pioneers of the whole hip hop world we work in. The crowd’s energy was crazy, too. There were moms and dads in the crowd — old heads. They were going crazy.

Photographers have to finesse to get the best photos. What is a memorable finesse of yours that helped you get great photos at a show?

It was Lollapalooza 2018. I knew photographers that were in there already and I had no passes or anything. I was standing outside the security gate for two hours. I was like, “I’m waiting for this dude. He’s coming to get me.” Then, I saw this big dude who I saw in a photo with Cole Bennett the day before and I shouted out his name as he was going through the security gate and he said, “Oh yeah, he’s with me.” Before we knew it, I was in without a wristband or anything. Later in the day, without a wristband, I ended up with Benjamin Kicks, and was rolling with his posse and ended backstage with Playboi Cardi in his trailer. As Carti was leaving, I managed to get a couple of pictures of him in the car. 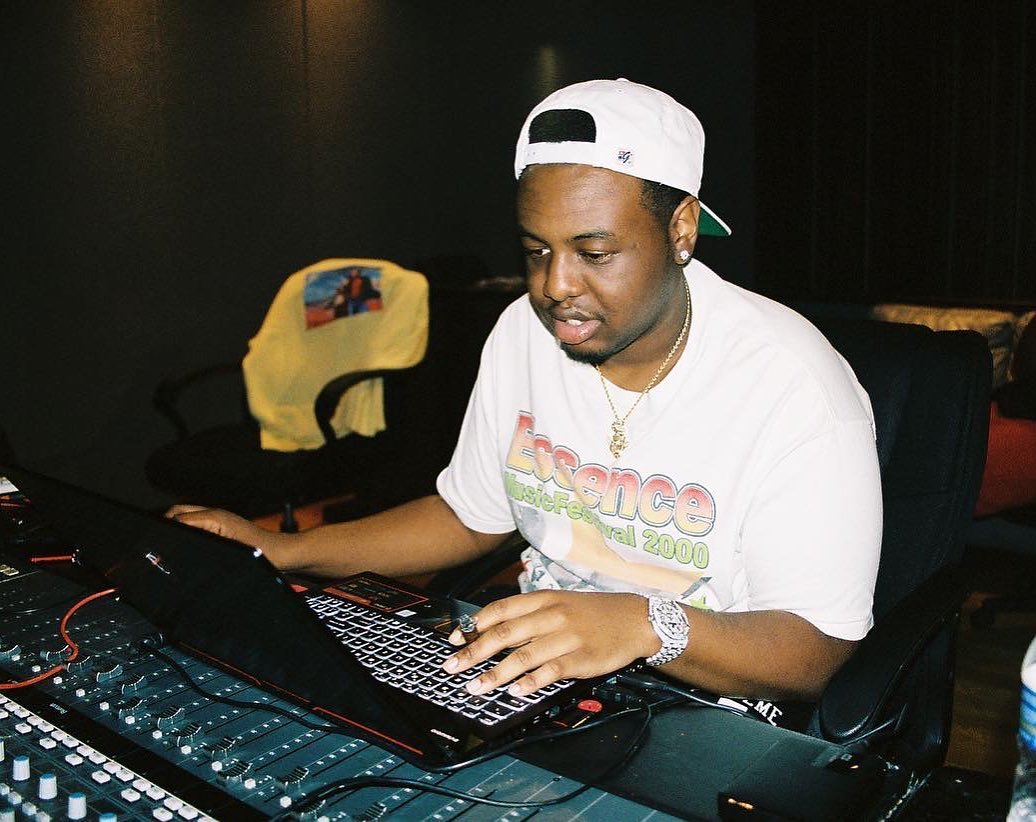 What’s your most memorable backstage moment?

I was backstage at Rolling Loud Los Angeles after Chief Keef got done with his set and I walked near the entrance for where all the artists were coming in, and I saw Lil Uzi’s entourage. I tried to get pics of him, but behind him was Dennis Rodman. That’s one of the legends from the Chicago Bulls. I went up to him and got a few portraits of him. I asked him about his time in North Korea with Kim Jong-Un and he ended up liking my photo on Instagram after I posted it.

When have you had to adjust last second?

It’s happened more times than I can count. At every single Rolling Loud, something will go wrong. The flash in my batteries will die and I have to ask other photographers if they have batteries I can borrow. I was shooting the pit for a Chief Keef show and my SD card got full halfway through. I had to delete 10 pictures in a row, start taking pictures again, delete old pictures while in the pit. But, it ended up working out.

I shot him for the first time at Rolling Loud 2018. He’s a legend and I never thought I’d be shooting a Keef show. I thought he’d be super hard and tough, but he’s one of the nicest dudes I’ve ever met. I was completely shocked by how nice he was. He was taking pictures with anyone who asked. He let me into his green room. At the next Rolling Loud with him, he pulled up to the stage 30 deep. [Security guards] weren’t letting anyone pass the gate to get on to the stage. People got pissed and started pushing through. Eventually, me and another photographer climbed a scaffolding to get on the stage to shoot the set. We saw people get tackled by security guards and pulled off.

What artist was the nicest?

Juice WRLD. I lived 15 minuets away from Juice and knew him before the clout. I knew him when he was an emerging artist out of Chicago. He always showed love and was more of a friend than artist. He was super nice to everyone. He’d basically be down for everything. It’s a shame what happened to him. He was going to be one of the biggest artist in the world. 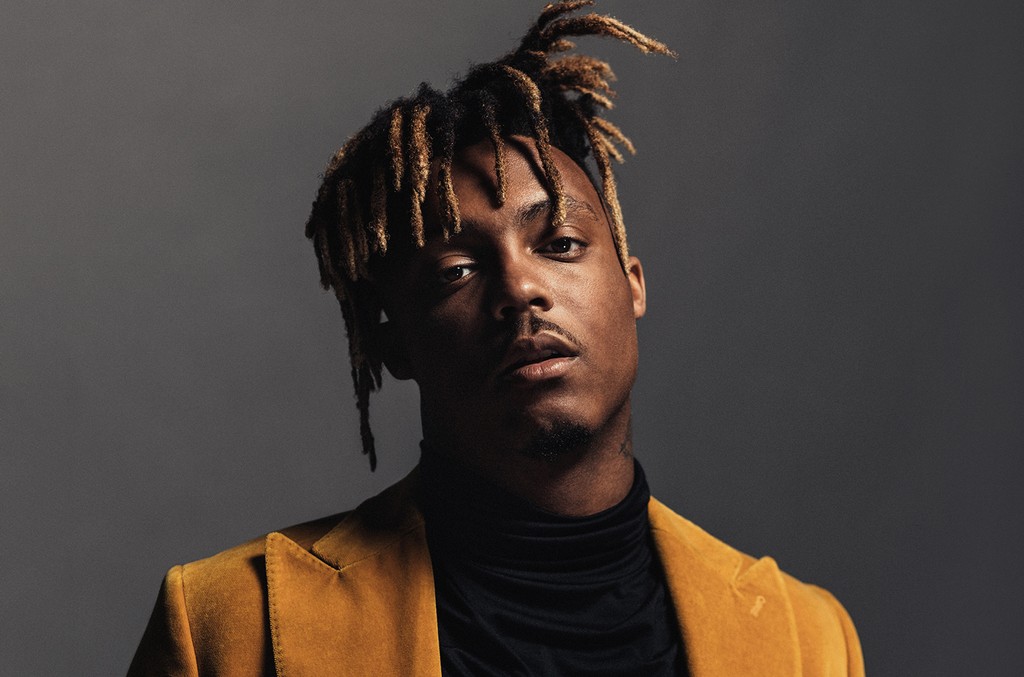 What advice would you give other photographers looking to shoot live shows?

Honestly, you don’t have to have the connections clout beforehand. Do it because you love it. Don’t do it because you want clout from it. Just start shooting shows. I started shooting shows after knowing nobody and just sneaking into small venues like The Forge. From there, build your connections and people you know. It’ll lead to more opportunities down the line. Take risks. If an opportunity comes your way, accept it because that one opportunity can lead to 20 more down the road.