Cardi B stepped forward to deny claims made by Jessie Woo.

Cardi B has stepped forward to deny a claim made by “Love & Hip Hop” star Jessie Woo.

During a Hollywood Unlocked interview that hit the internet on Monday (June 28), Woo claimed that someone from the “Bodak Yellow” rapper’s team once said that their goal was to “knock Nicki [Minaj] out.” Cardi B refuted the claim in an Instagram comment response that same day.

“The lies!!! I hate that I gotta address shit that is so irrelevant,” Cardi began. “Jessie Woo is the same person that I got on my dm askin[g] me advice because she sign to my old record label and she felt like my old manager played her. If anybody ever told you that about another woman then why would you go and sign with them as well? No matter how stressful my 3 years of litigation when with my old managers was I know he will never say that since he a Queens nikka and the last thing in our head was another woman when we was just trying to make it which we did. And yes I got the dms!”

The management team Cardi references is KSR group, the label through which she released her Gangsta Bitch Music, Vol. 1 mixtape in 2016. The comments that led to Cardi B’s response weren’t too specific with the details, but she did give a rough timeline of how she says she saw things unfold.

“I met someone that was on Cardi’s team, back in 2017, and they literally told me, this is something that was told to me, that yeah, like, ‘Putting Cardi out, our goal was to knock Nicki out,’” Woo said. “And that was the first time I heard that topic. Then, not too long later, the whole Nicki and Cardi thing happened... I remember just thinking to myself, ‘Yo, so-and-so told me this is what they were trying to do.’” 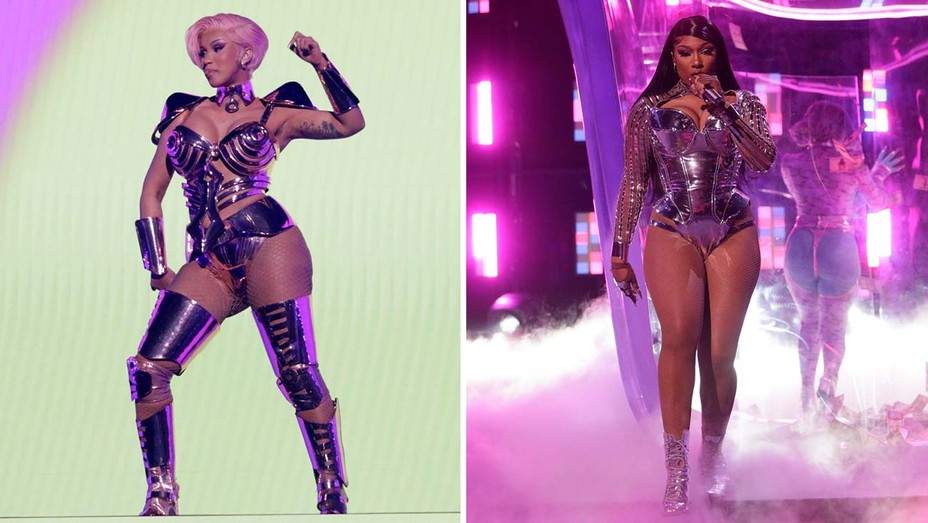 Woo is likely referencing the September 2018 New York Fashion Week incident in which Cardi, Nicki, and someone from Nicki’s crew reportedly got into a physical altercation. Despite that, the two haven’t traded shots in a long time, and while the status of their relationship is unclear, it doesn’t appear that there’s any ongoing beef, at least, publicly. See Cardi B’s response to Jessie Woo’s comments, as well as video of Woo’s initial comments, for yourself below.