The actress wore a longer version of the same dress that Bey wore for her legendary 2003 BET Awards performance.

Zendaya was dressed to impress last night (June 27) at the BET Awards 2021 and paid tribute to Beyoncé with her gorgeous look. The 24-year-old star donned a longer version of the same dress that Bey wore during her iconic 2003 BET Awards performance of “Crazy in Love” with her then-boyfriend JAY-Z.

“Paying homage to the Queen Beyoncé wearing [Versace] SS2003 ..... get you a stylist with a ARCHIVE!!!!” he captioned a slow-motion video of Zendaya wearing the gown.

Roach also spoke to Harper’s Bazaar in April about working with Zendaya.

“It’s such a collaborative process, but I always get what I want in the end,” he joked adding, “I like to joke and think that I’m the boss, but she’s really the boss. She trusts me to bring her the things that I think are the best and that really suits her and really speaks to who she is as this fashion phenom.”

Zendaya also posted shots of herself in the dress, writing, “2003” and “Crazy in Love.” The “Euphoria” actress wasn’t the only one whose fashion stole the show at the BET Awards 2021. Ciara, Chloe Bailey, Megan Thee Stallion, Lil Nas X and more turned heads on the red carpet and, of course, host Taraji P. Henson donned multiple outfits paying homage to her favorite Black artists. 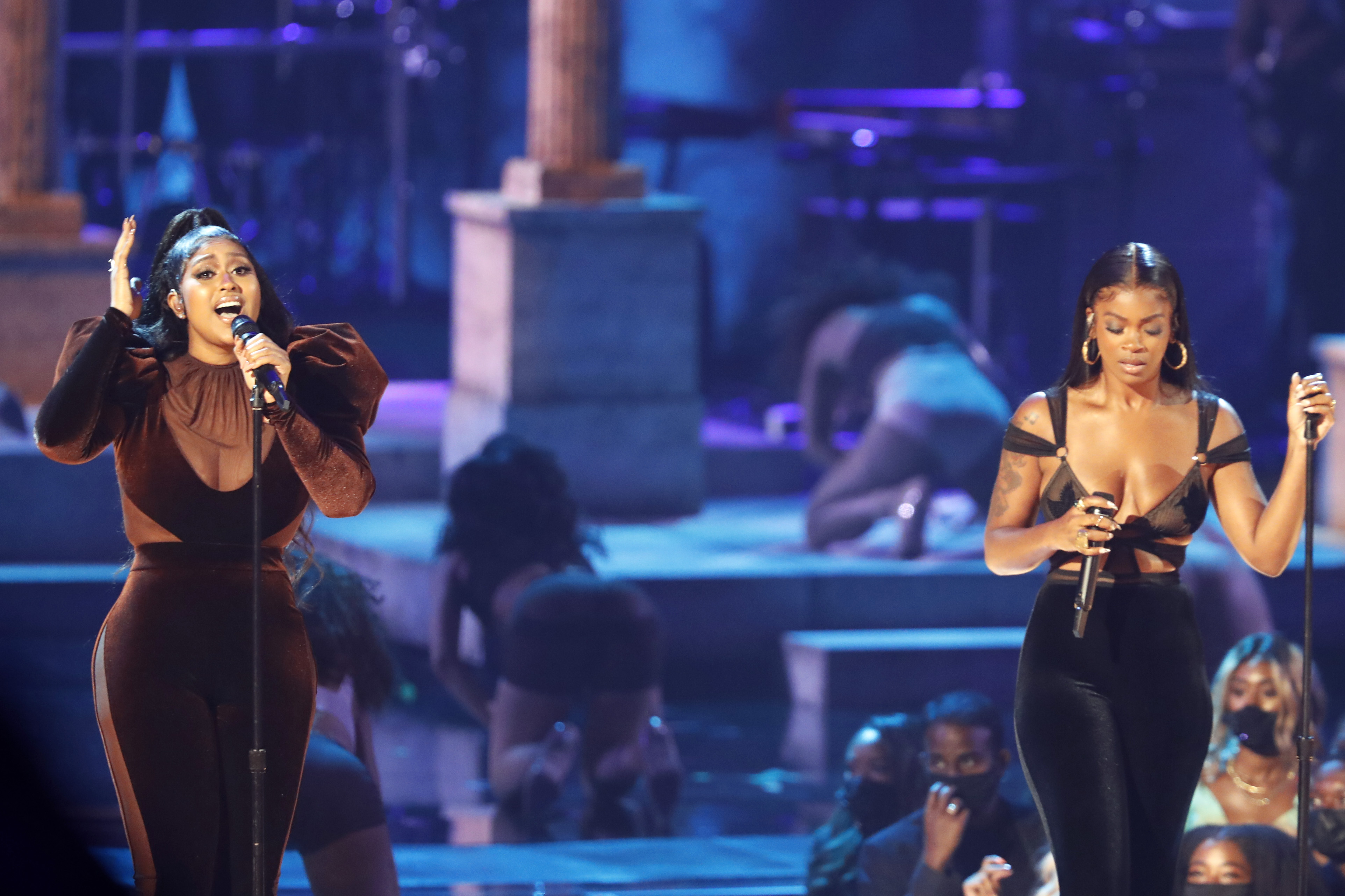 At the awards show, Zendaya was nominated for Best Actress, which ultimately went to Andra Day. The former Disney star was most recently cast in Space Jam: A New Legacy alongside LeBron James, in which she voice acts for the cartoon bunny Zola.